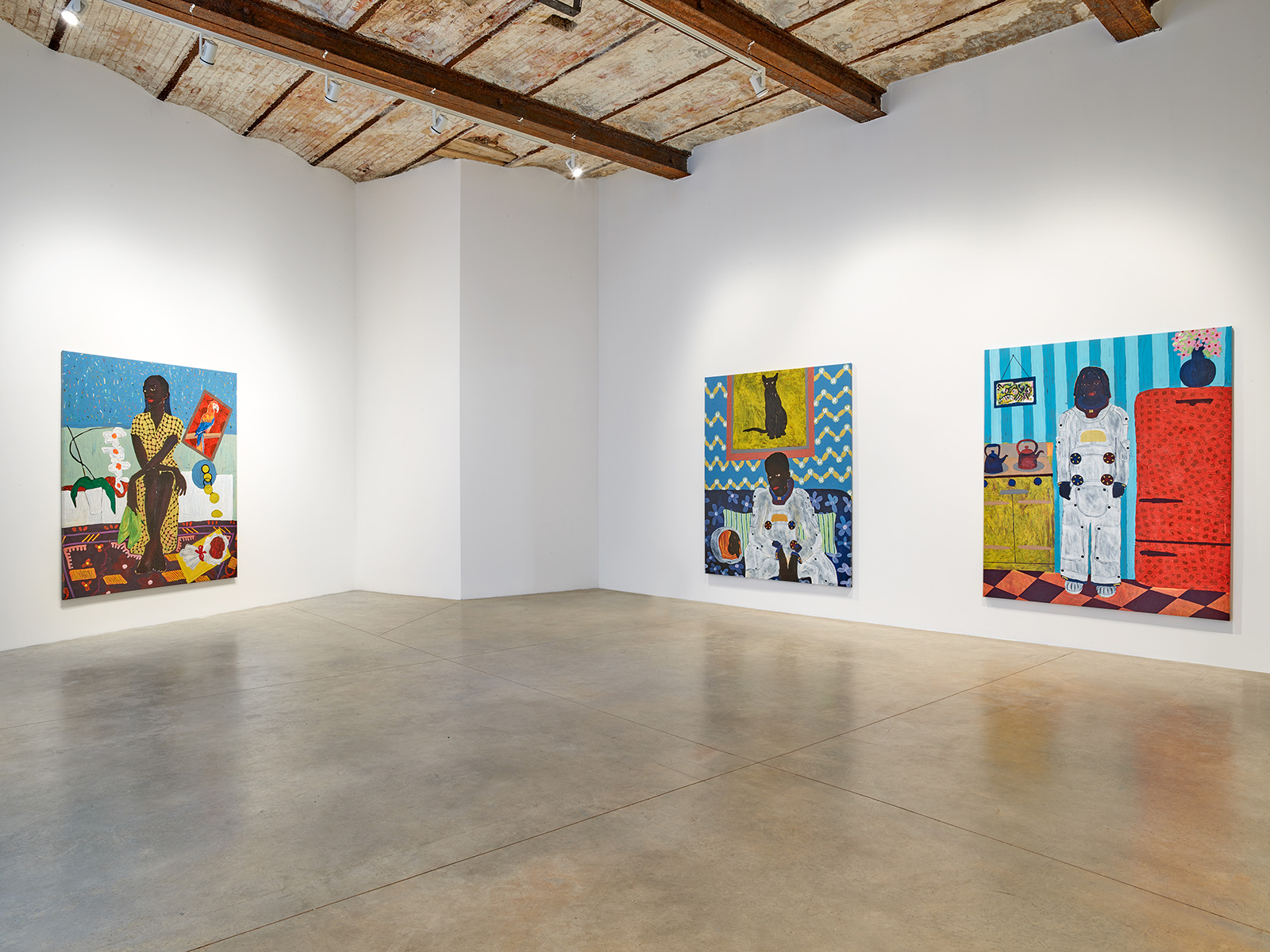 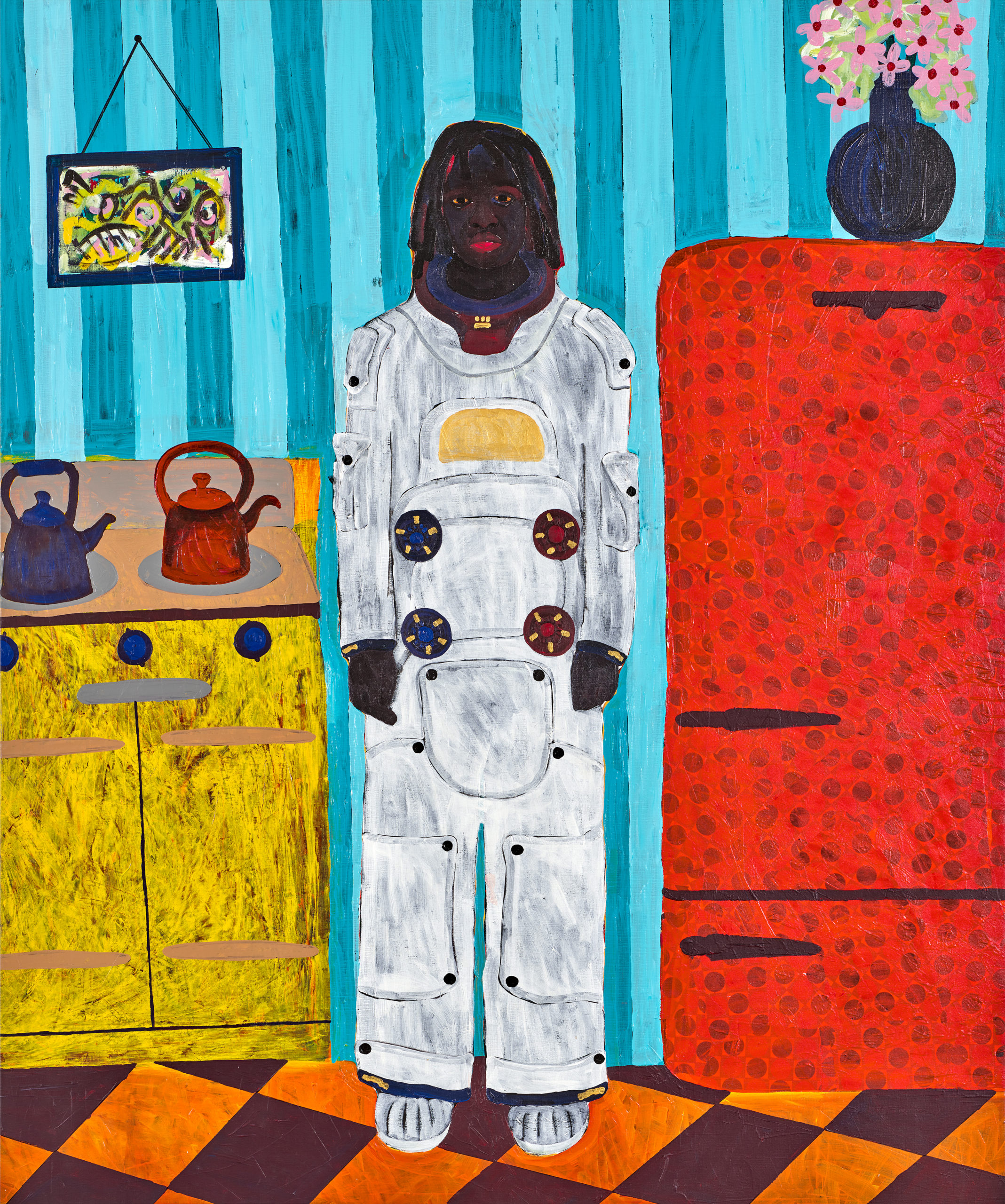 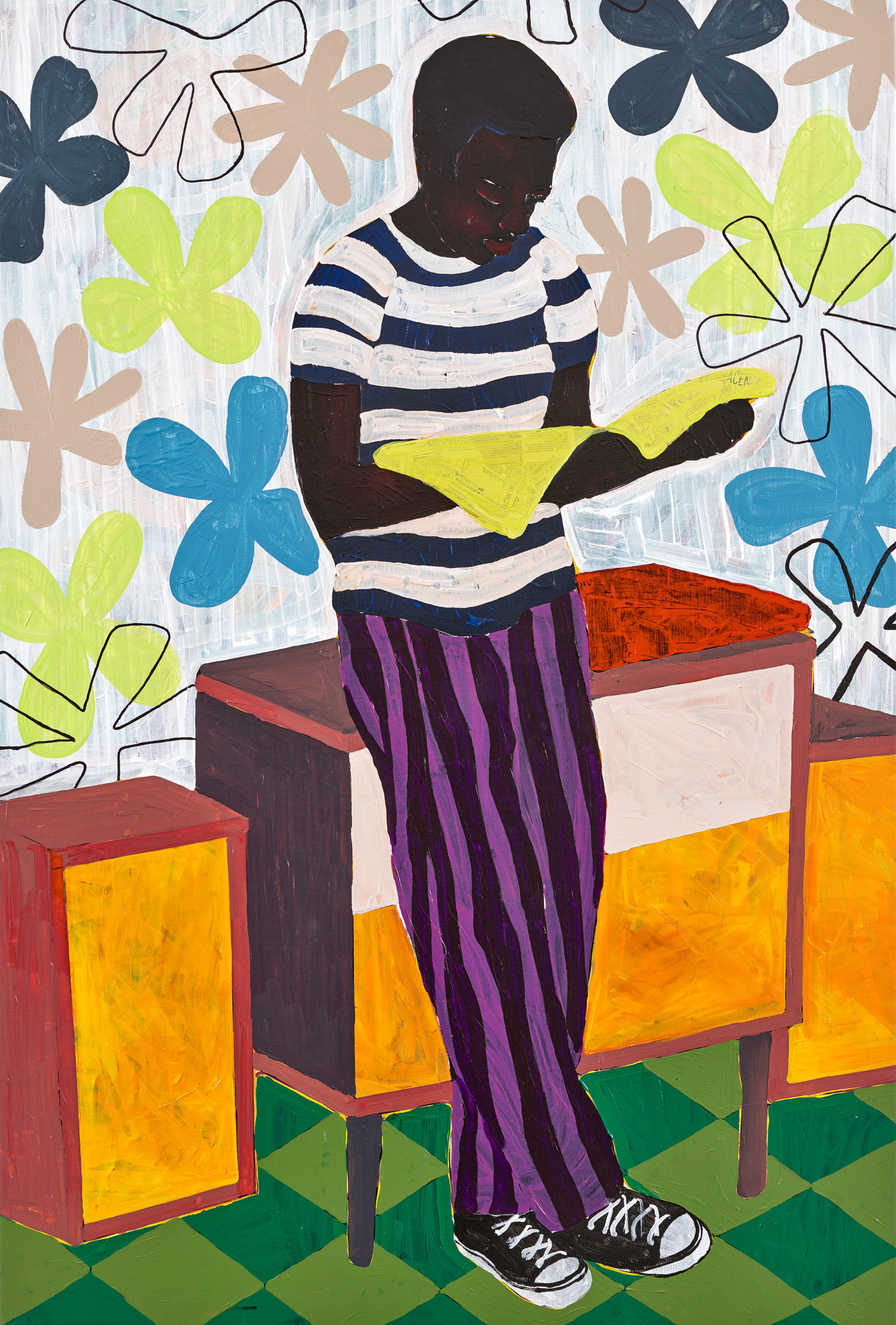 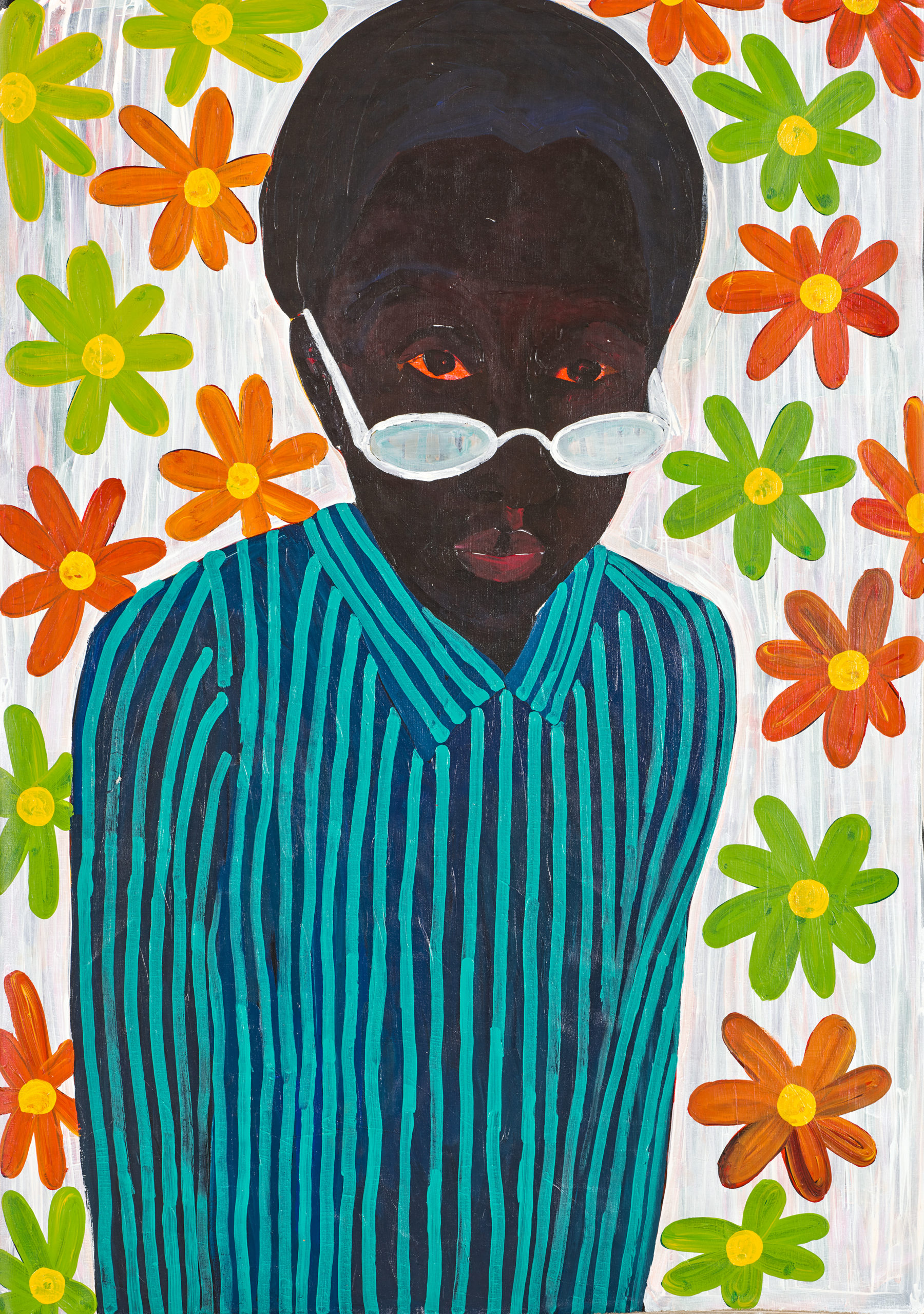 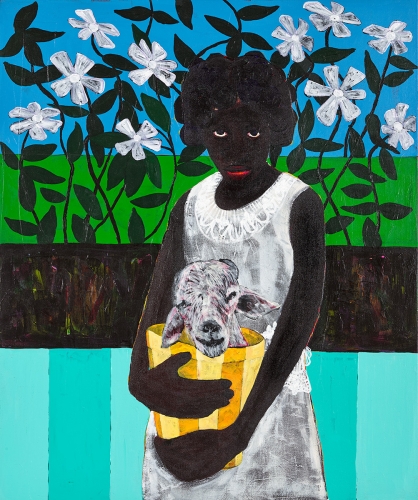 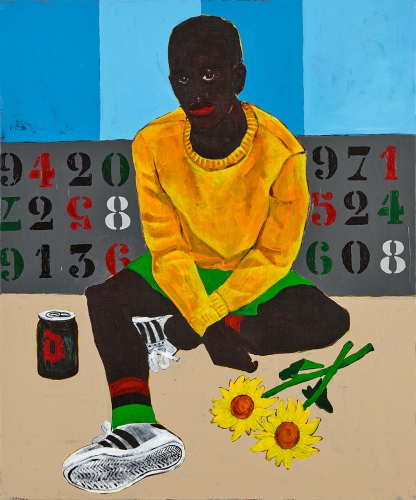 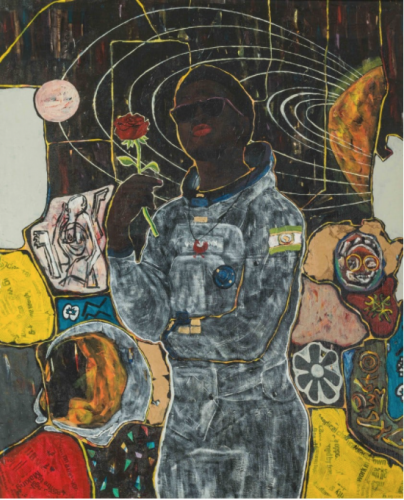 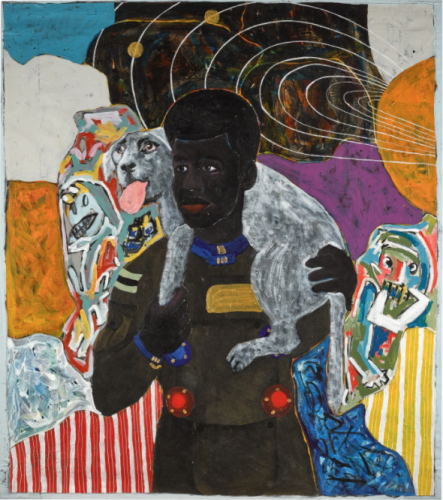 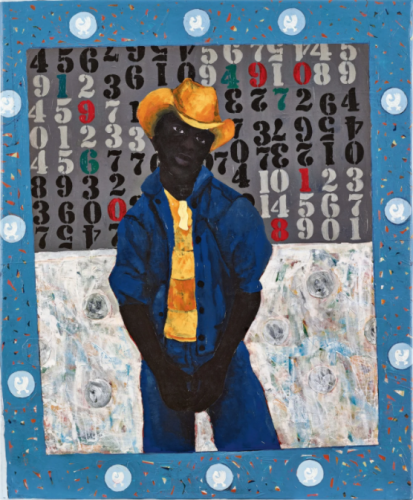 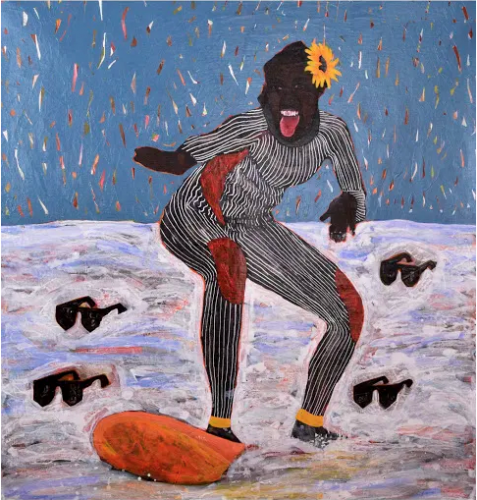 Godwin Champs Namuyimba is a unique voice within the African diaspora of contemporary painters. His pictorial investigations use what in psychology is commonly known as a “third form of intelligence”, namely that of intuition. Namuyimba incorporates the subjects that come to him on a daily basis, many times to impose themselves with familiarity and to disrupt his flow of concentration that leads to sharper content. These are family members, neighbours, nosy landladies, fixers, salesmen, friends and hard struck friends-of- friends wanting to borrow money and anything in-between.
Namuyimba has an acute sense of observation to extract the fantastical from the mundane and an unintentional poetry of humanity that people offer through insights into their most vulnerable moments. The eye of the artist wanders around in these paintings and sometimes his perspectives are dizzyingly misplaced to an untrained eye. But these discombobulating perspectives tell us more about the act of looking, as if we were there ourselves, looking around, up and down, from side to side. Namuyimba shares this act of observation with the masters of yesteryear such as Paul Cezanne and Juan Gris and his paintings come together in compositions that remind us that the act of observation is never stationary. It is forever changing and fleeting.
From subject to content, the pictorial investigation that Namuyimba is undertaking conjure thoughts about his place in an ever-changing narrative that is born from the rapidly changing state of cultural production globally. Says Namuyimba – “I use human form to explore the construction of identity in relation to race and individuality in a postcolonial African context. I also attempt to critique stereotypical depictions of black people, while I explore the conflicts and tensions between the ideologies of Afrocentrism and Eurocentrism.”
Unlike other painters who get caught up in empathetic views on black people in the West, which can at times display a secondary observation from that which has been lived and experienced at first hand, Namuyimba’s works are firmly grounded in the East African narrative where historical roots runs deep and the stories are perpetuated through ritual, ceremony and oral memory. The black experience through the Western lens speaks historically of abduction, subjugation, servitude and a shared trauma. Whilst the Eastern African experience tell a vastly different story, which is that of tribal power struggles, the egomaniacal folly of kings – old and new, the quiet spirits that still permeate and inhabit people’s daily lives, to that of overcoming more recent historical events that laid waste to the colonial narrative replaced by youth, innovation, reinvigoration and a hope for change.

Godwin Champs Namuyimba was born in 1989 and grew up in Masaka, Uganda. He currently lives and works in Kampala, Uganda. He holds a BFA from Kyambogo University. He exhibited internationally at East Projects (New York), Anne de Villepoix (Paris), Galleri Steinsland & Berliner Gallery (Stockholm). He recently finished a residency in Brussels with Stjarna.art (May 2021). His next solo show will be at Zidoun-Bossuyt Gallery in Dubai in Fall 2022. 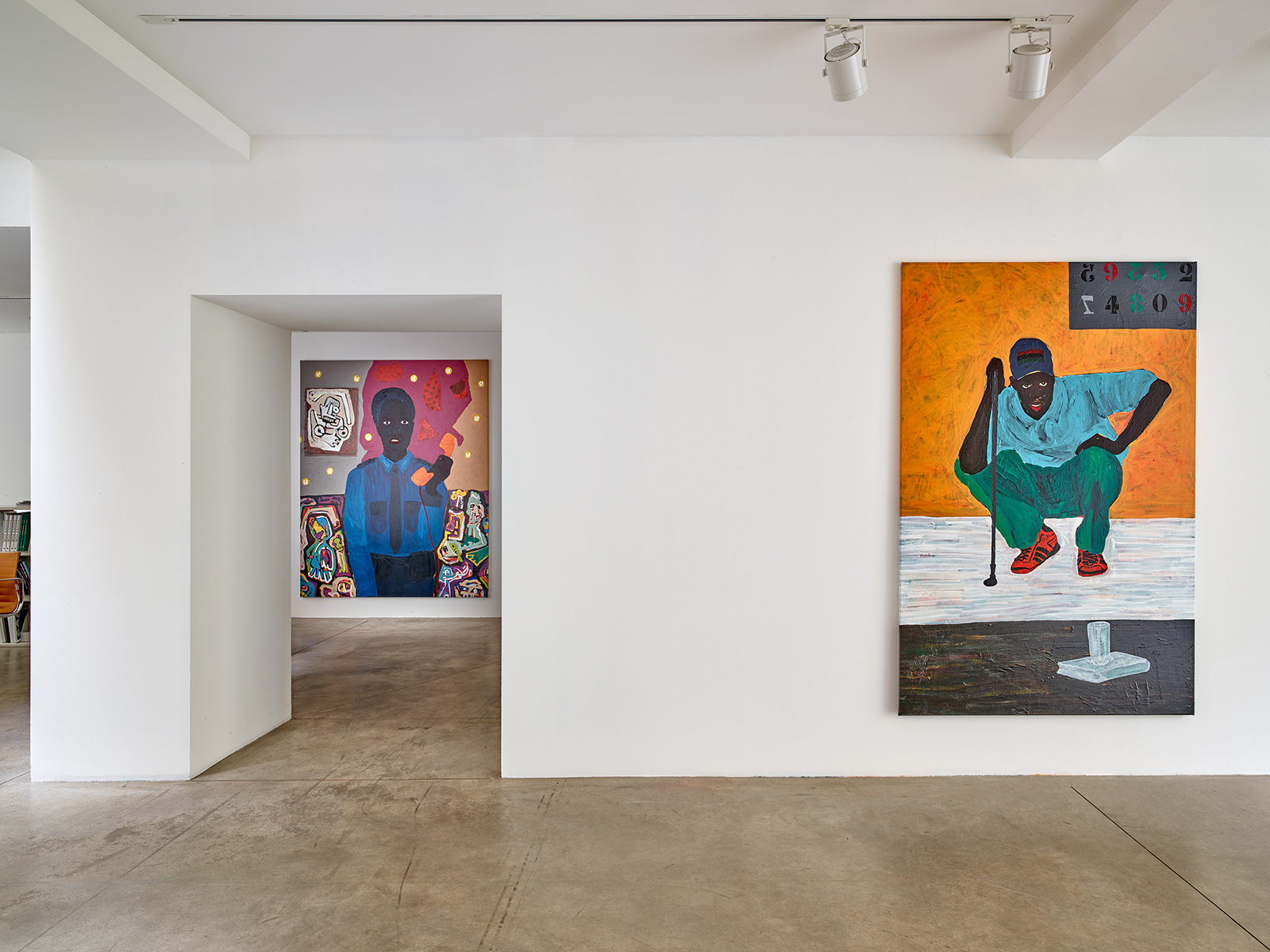 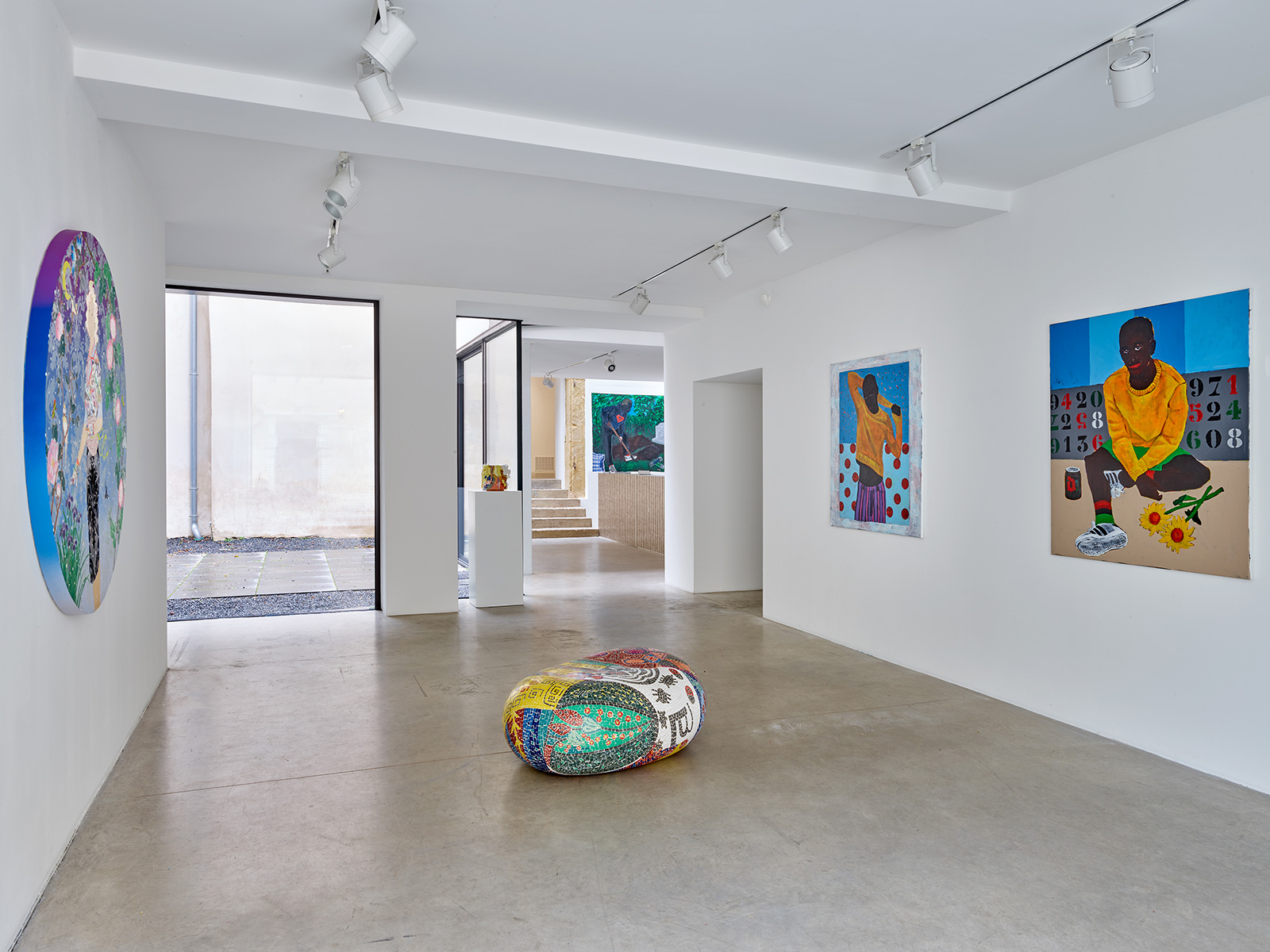 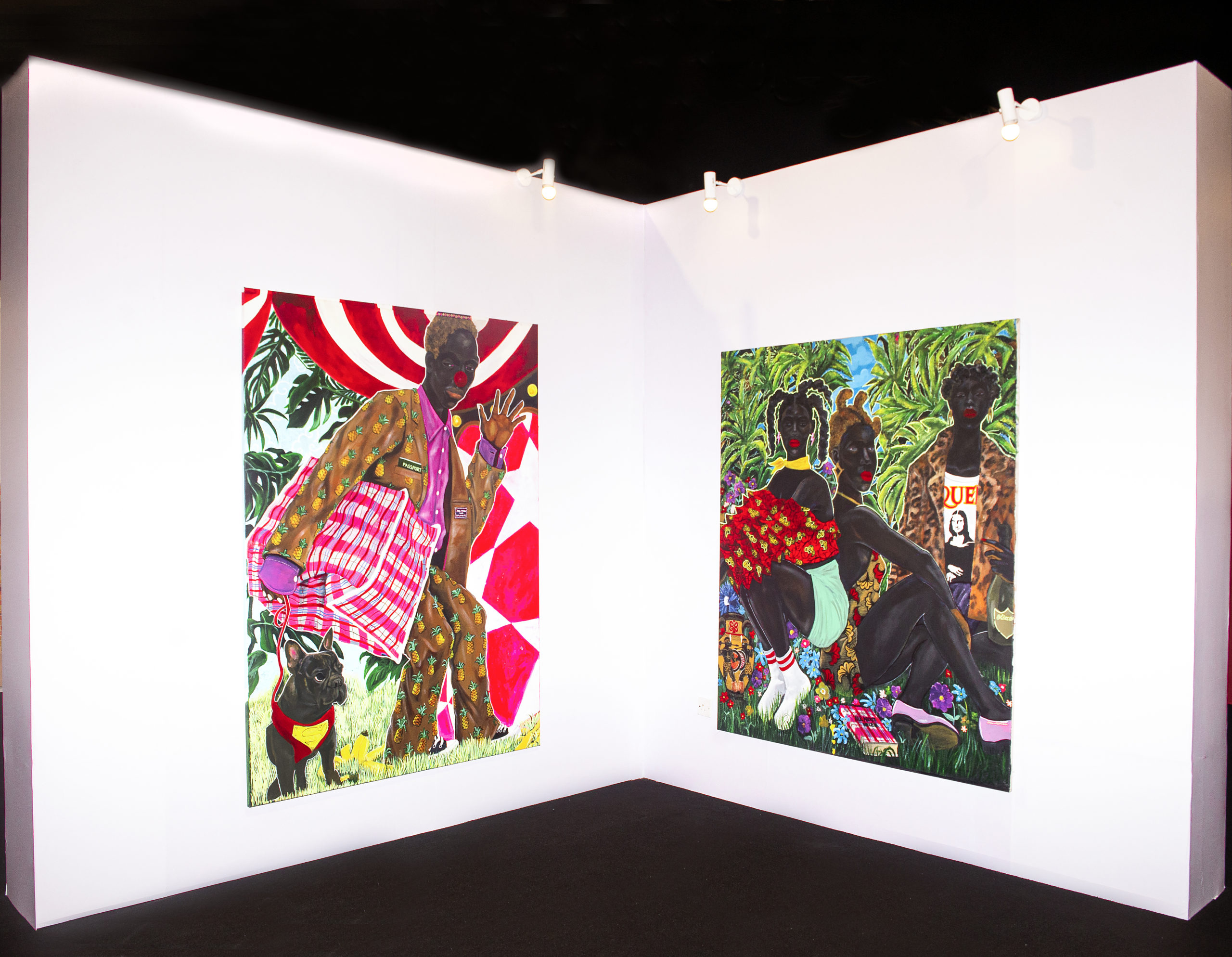 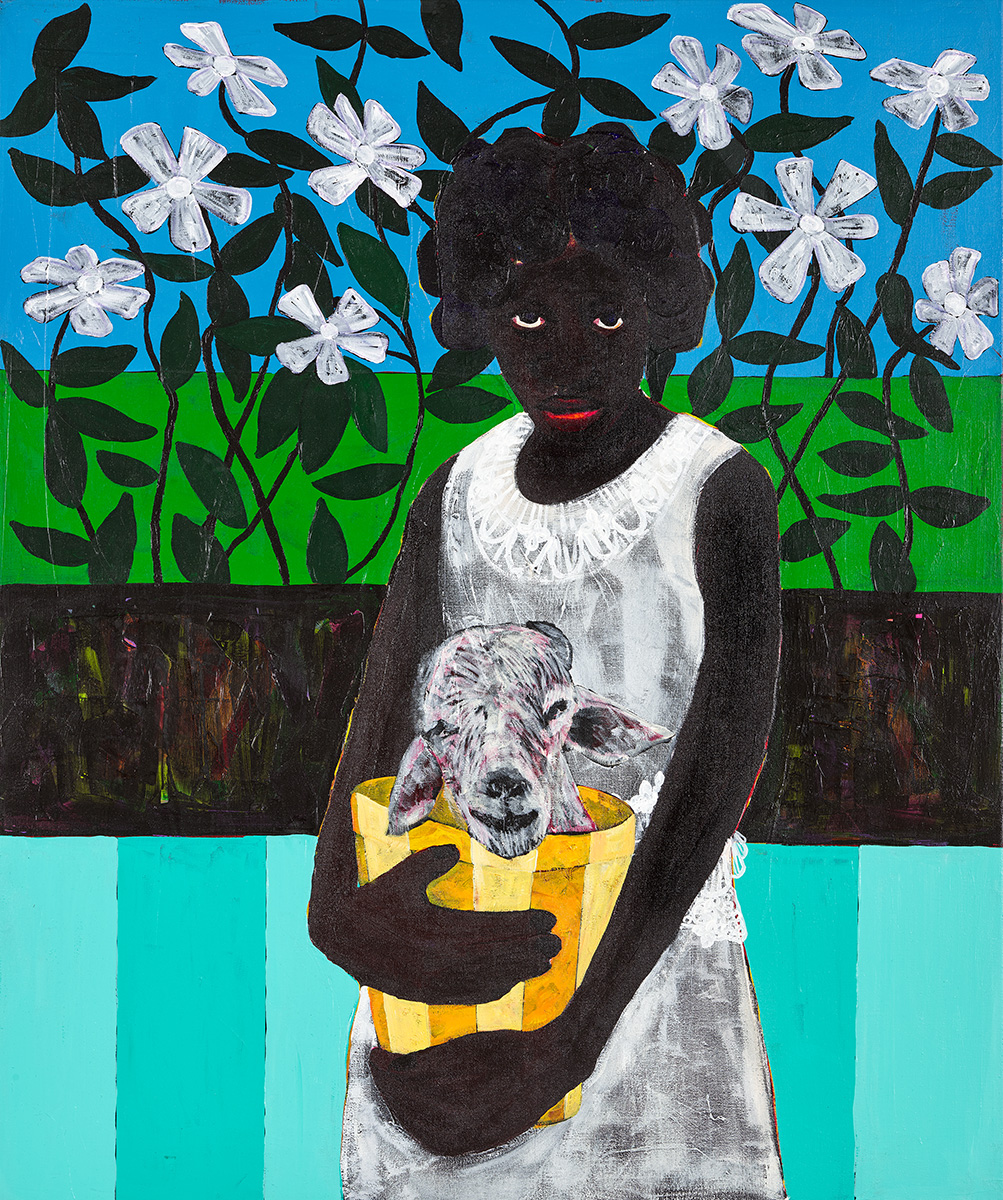