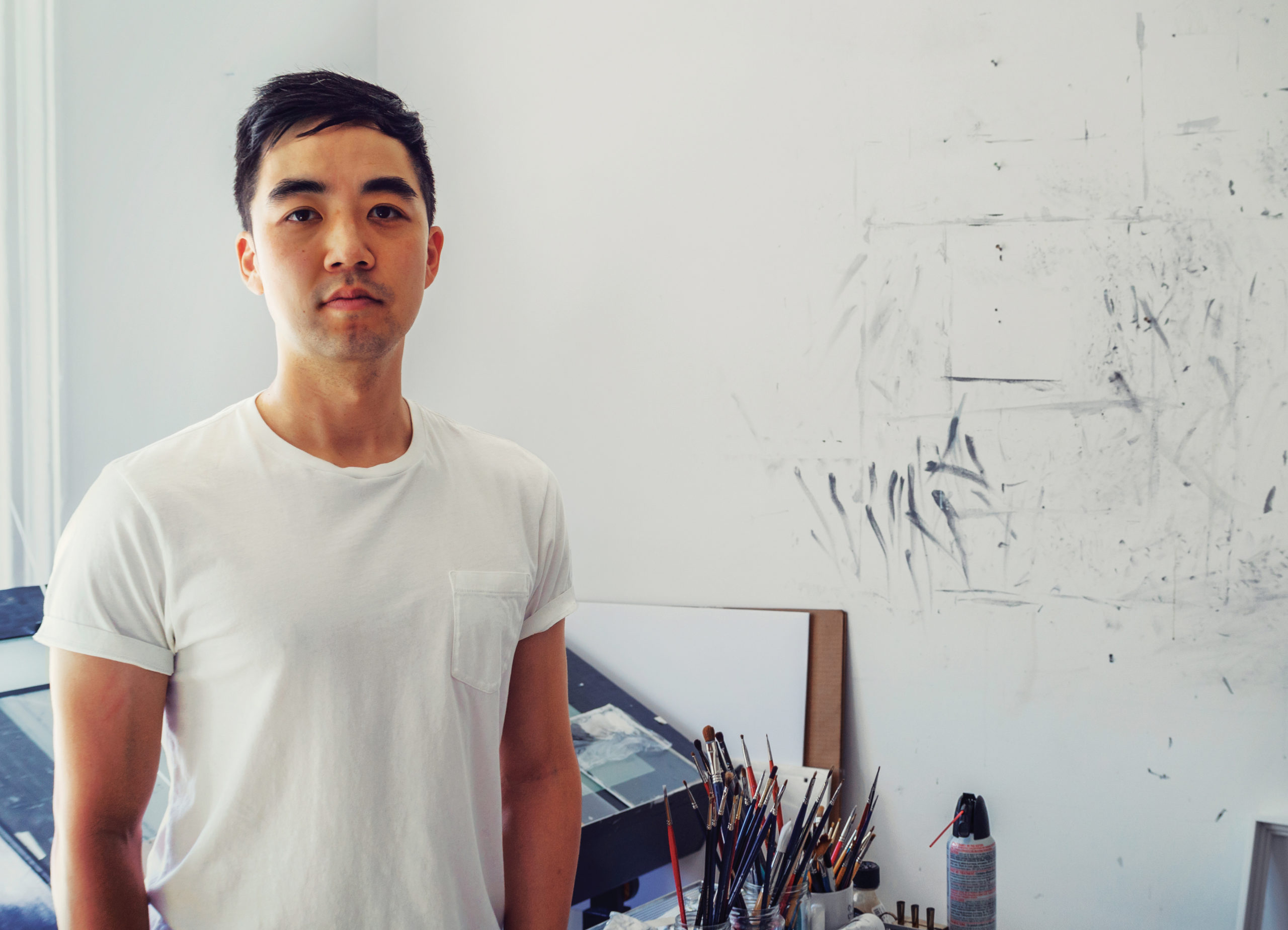 Mike Lee is a New York based artist who conveys contemporary social attitudes and anxieties through simplified silhouettes of the human form. By avoiding detail and blurring identity, his iconic figures amplify the emotive undertones of his own biographical narratives. These stylized forms are universally relatable and deeply cathartic reflections of the artists own life. His inspiration comes from the people and the spaces that surround him in his daily life.

Mike Lee was born in 1983 in Placentia, CA, USA. He received his BFA in 2006 from Otis College of Art and Design, Los Angeles, CA, USA. His work has been exhibited in galleries across Los Angeles, New York, Tokyo including exhibitions at the Japanese American National Museum in Los Angeles, California, USA, the Honolulu Museum of Art in Honolulu, Hawaii, USA, and the Vincent Price Art Museum in Los Angeles, California, USA. Mike Lee is also an active member of RVMP, a collaborative art group featuring Robert MacKenzie, and Vincent and Peter Nguyen. In 2012, he self-published his first book, entitled ‘Bodega’. Mike Lee has worked for various film and commercial studios which includes: Blue Sky Studios, Psyop, LucasArts, Buck and Hornet.
He currently lives and works in Brooklyn, NY, USA. Mike Lee’s next group exhibition will be in January 2022 at Zidoun-Bossuyt Gallery, Luxembourg.