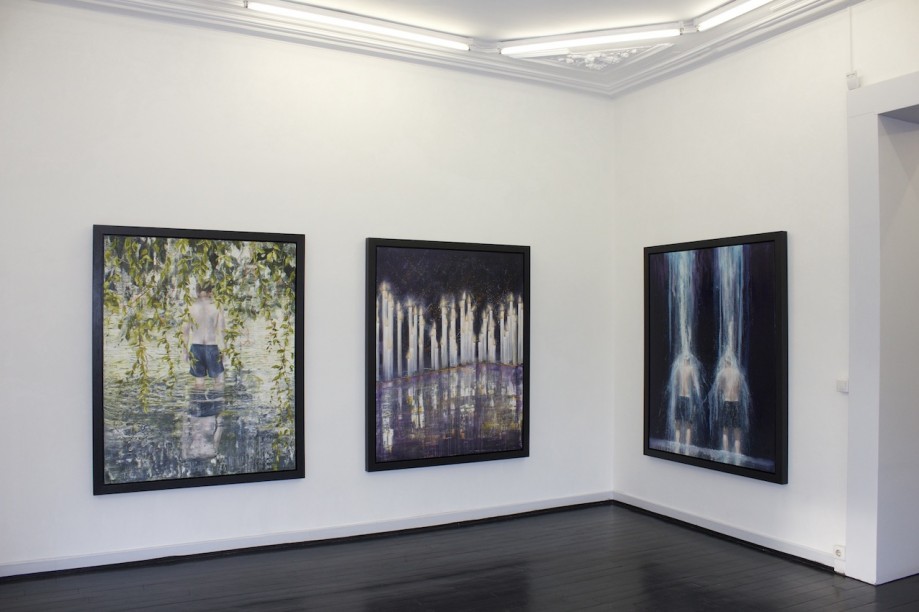 Preview on Thursday March 27, 2014 from 6pm in presence of the artist Frank Brunner. 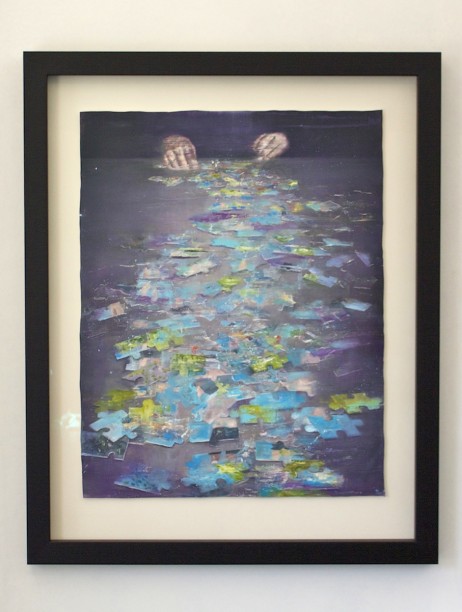 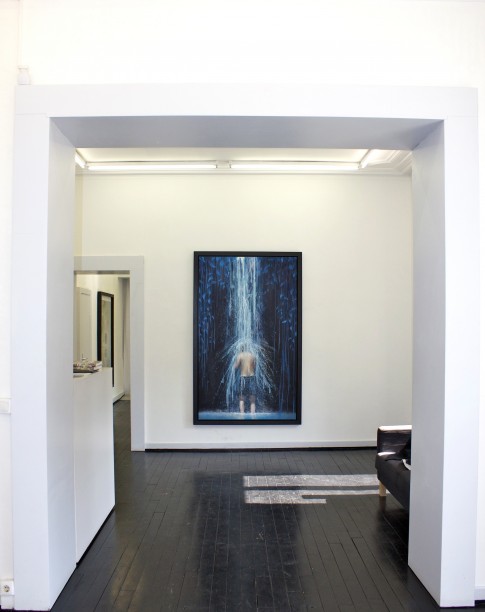 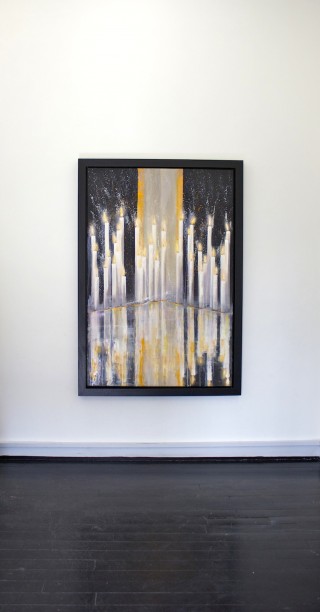 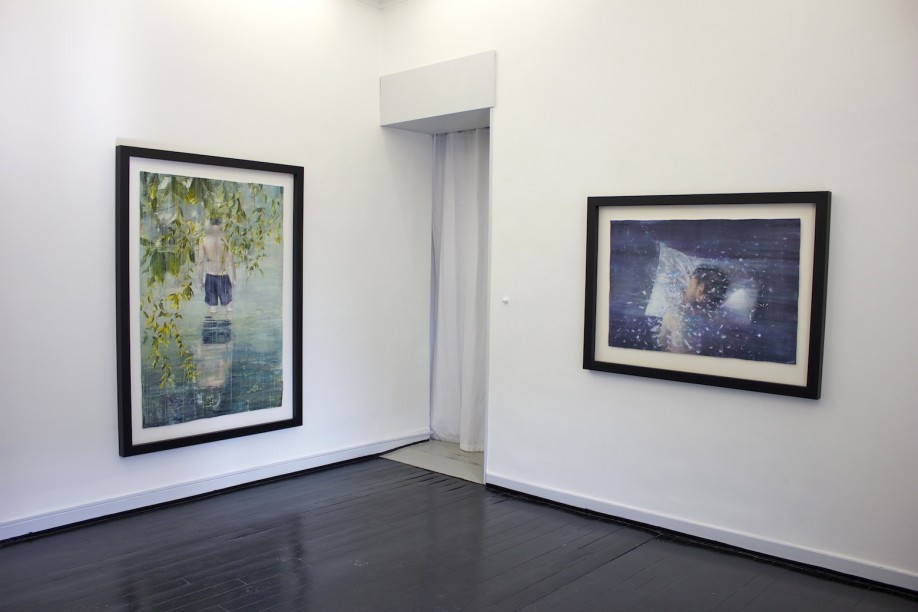 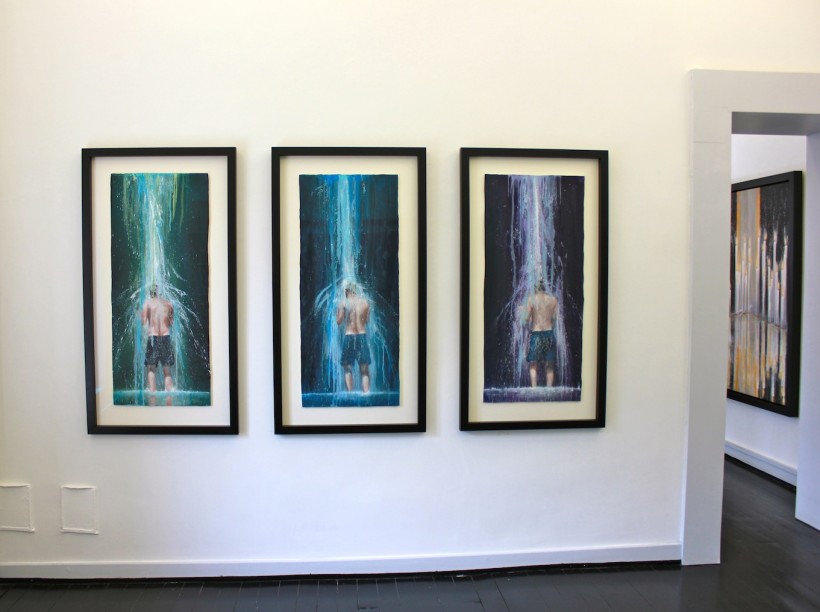 Frank Brunner has recently worked on issues related to volatility, to break up and leave. In his new exhibition, changing phenomena such as light and time are central focus points, but also explosive moments experiences are processed and put into a larger framework of understanding.

Catharsis, from the Greek « katharsis » is the purification and purgation of emotions through art that results in renewal. In his last project, Brunner has, among other things, been inspired by a stay at En-Gedi, an oasis but also a kibbutz situated in Israel on the western shore of the Dead Sea, perhaps as a symbol of life, used as a central compositional element in the series “En- Gedi”.

This series depicts the emotional climax of a barely expressive way that the audience almost hear the roar of the room. Whether Brunner refers to a moral purification, the psychoanalytic sense of the term, or the feeling of relief that spread out after being shaken by tragic events, it is up to the viewer to decide.

Brunner’s ethereal subjects, such as flickering candle flames and reflections in water, are rendered in oil with impeccable attention to detail and light. The flames appear to glow and illuminate the painting; he captures the delicate translucence of the water. Running water manifests as a symbol of cleaning oneself, creating a fresh start or simply creating new life. Each dreamlike painting creates a memory, a quiet alternative past for the viewer to escape into.

Frank Brunner fuses a traditional painting style with contemoprary idea. Brunner’s images are progressively blurred and at times obliterated with paint strokes. Brunner’s paintings are like visual poems. They are a dictionary of psychic spaces and rites of passage. The works are melancholic and atmospheric.
Frank Brunner is known for his emotional and momentary portrayals of everyday details in life. In his images abstract and figurative elements come together in perfect harmony. The figurative and the concrete show a significant understanding of the craft of painting; the technique utilized in creating an image. Simultaneously, the abstract details show the artists touch on the work; what makes a specific artwork unique.
Frank Brunner, born in 1971 in Kristiansand, Norway, studied at the Oslo National Academy of the Arts, the Ilya Repin St. Petersburg Academy and received his MFA from Yale University in New Haven, Connecticut, in 2000. He currently lives and works in Oslo.
His first solo exhibition was at the Stenersen Museum in Oslo in 2001. He then showed at Gallery Salomon, Hamptons, New York (2008), Galerie Nordine Zidoun, Paris (2008), Drammen Museum, Norway (2007), Cynthia Broan Gallery, New York (2005), Sørlandets Kunstmuseum (2005), Samson Projects, Boston (2005), Stiftung Stadtmuseum, Ephraim Palais, Berlin (2004), Høvikodden Kunstsenter, Oslo (2004), Galleri Haaken, Oslo (2001, 2003, 2005, 2007), and Haugar Vestfold Kunstmuseum (2002, 2008).