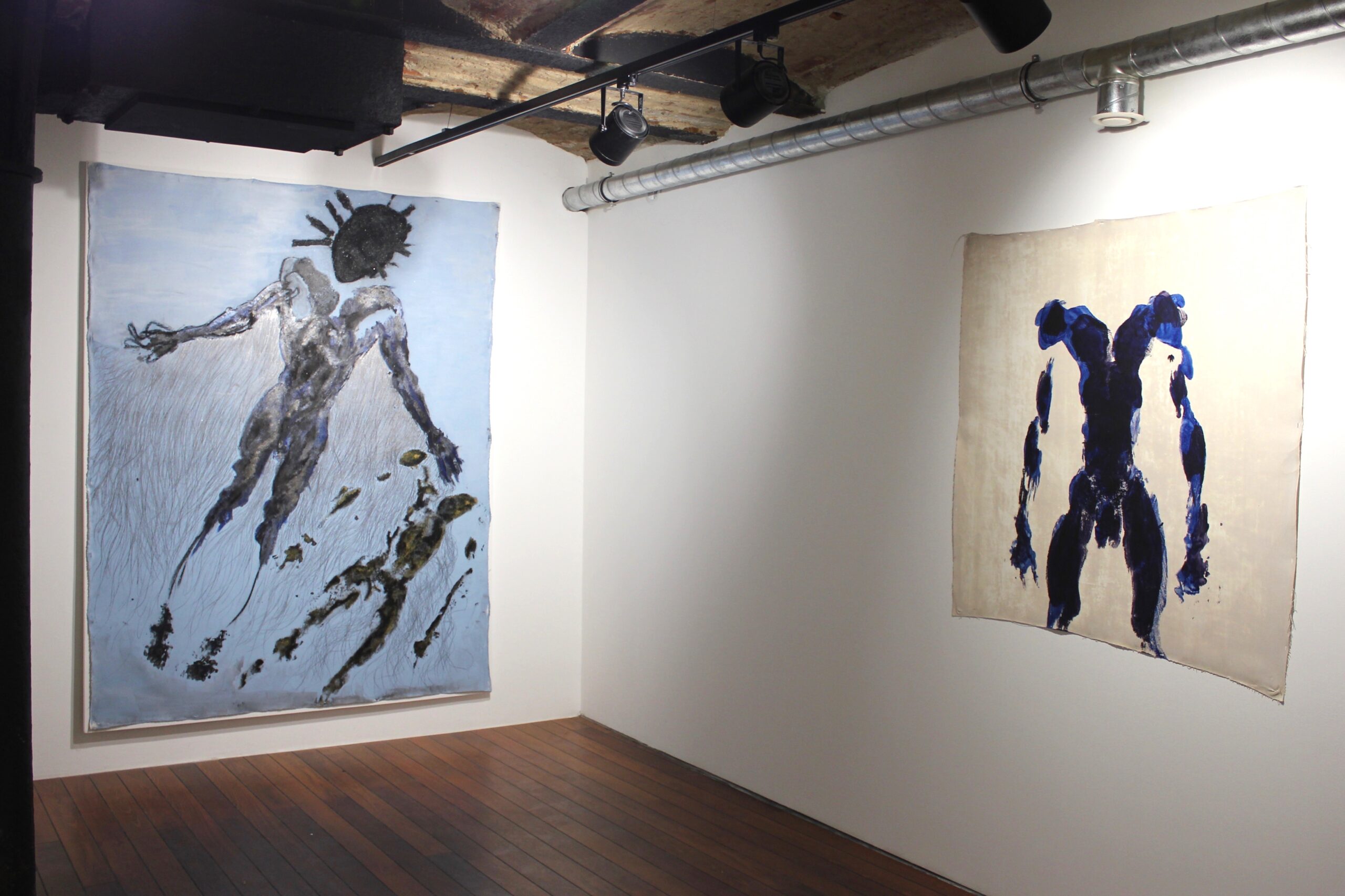 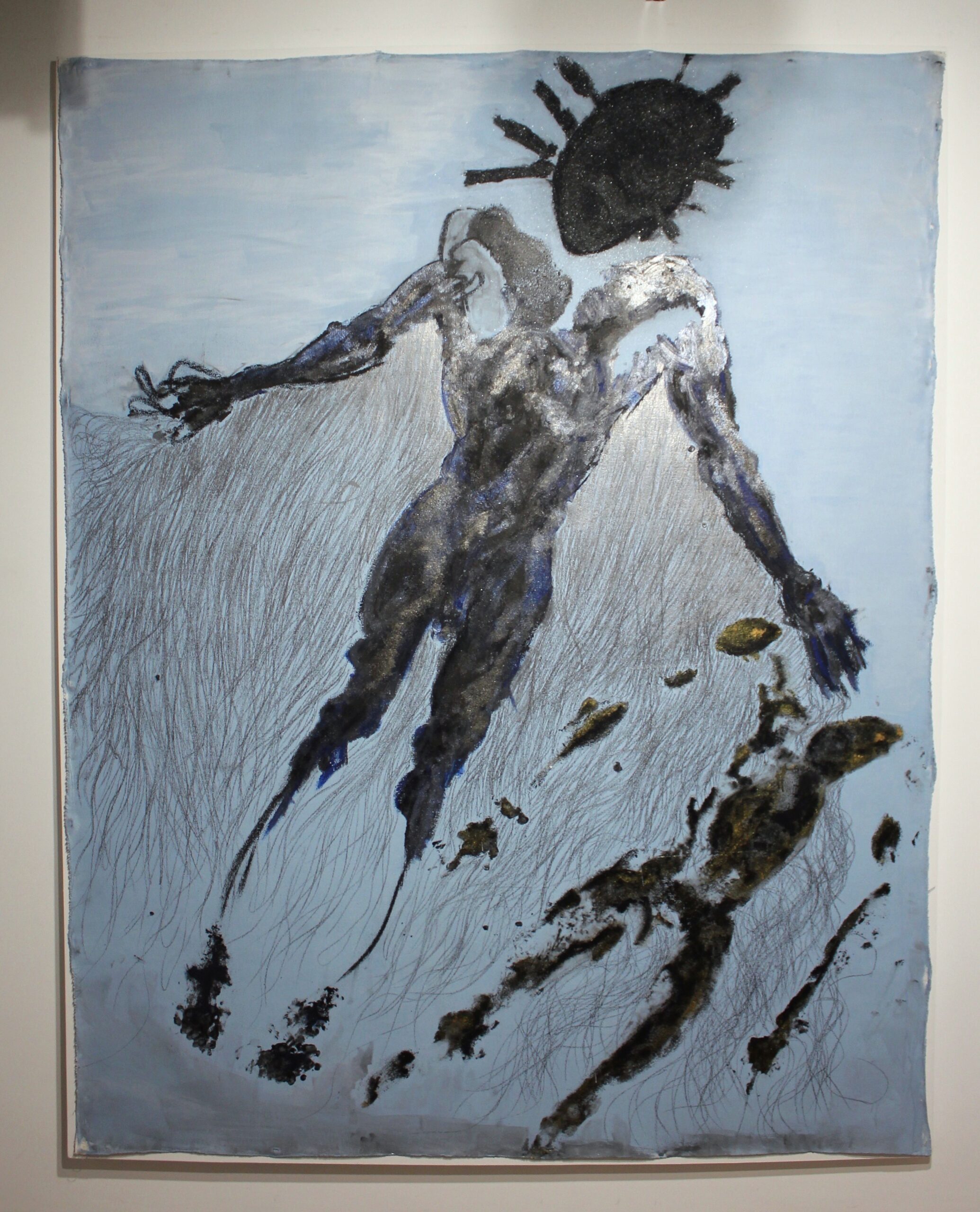 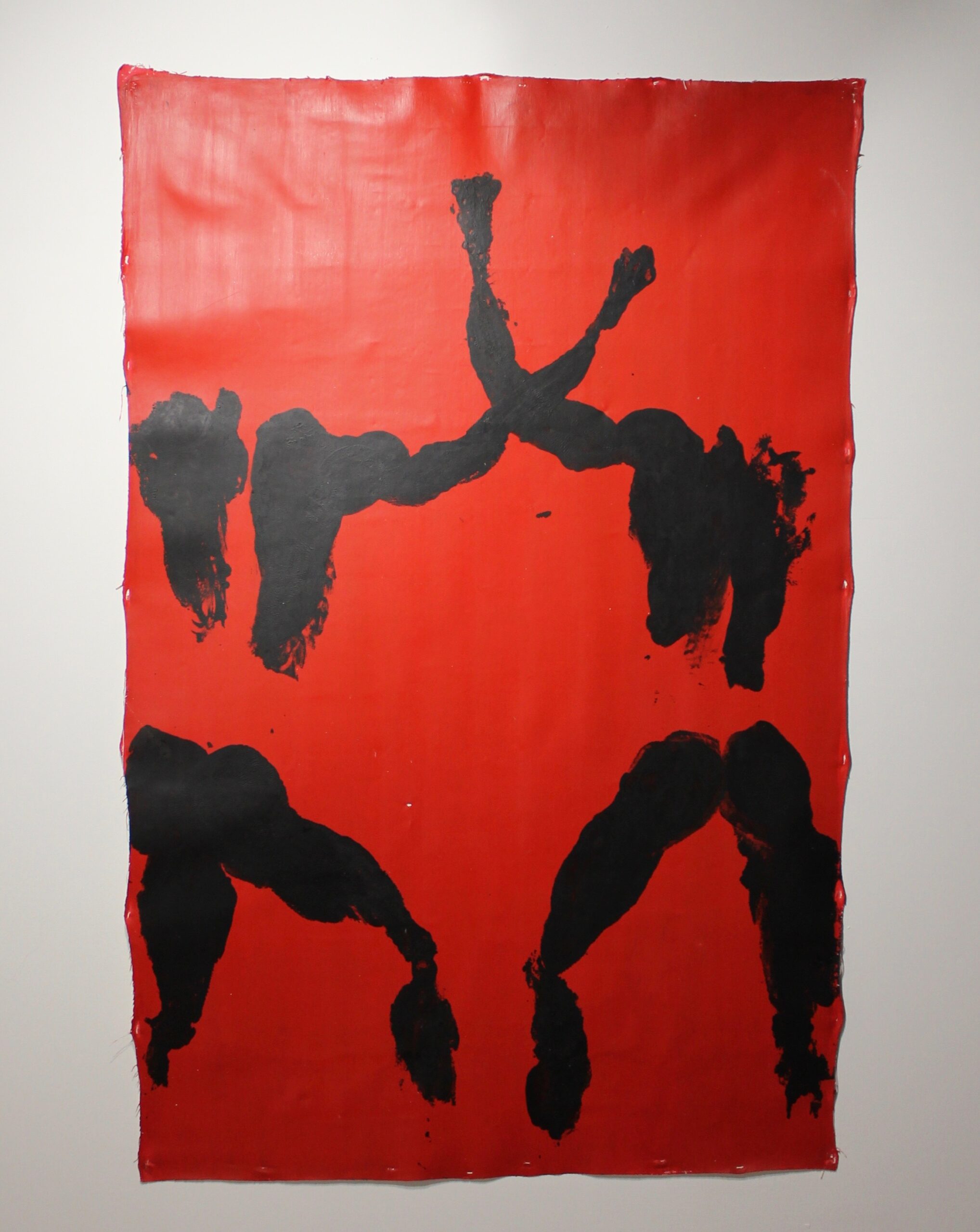 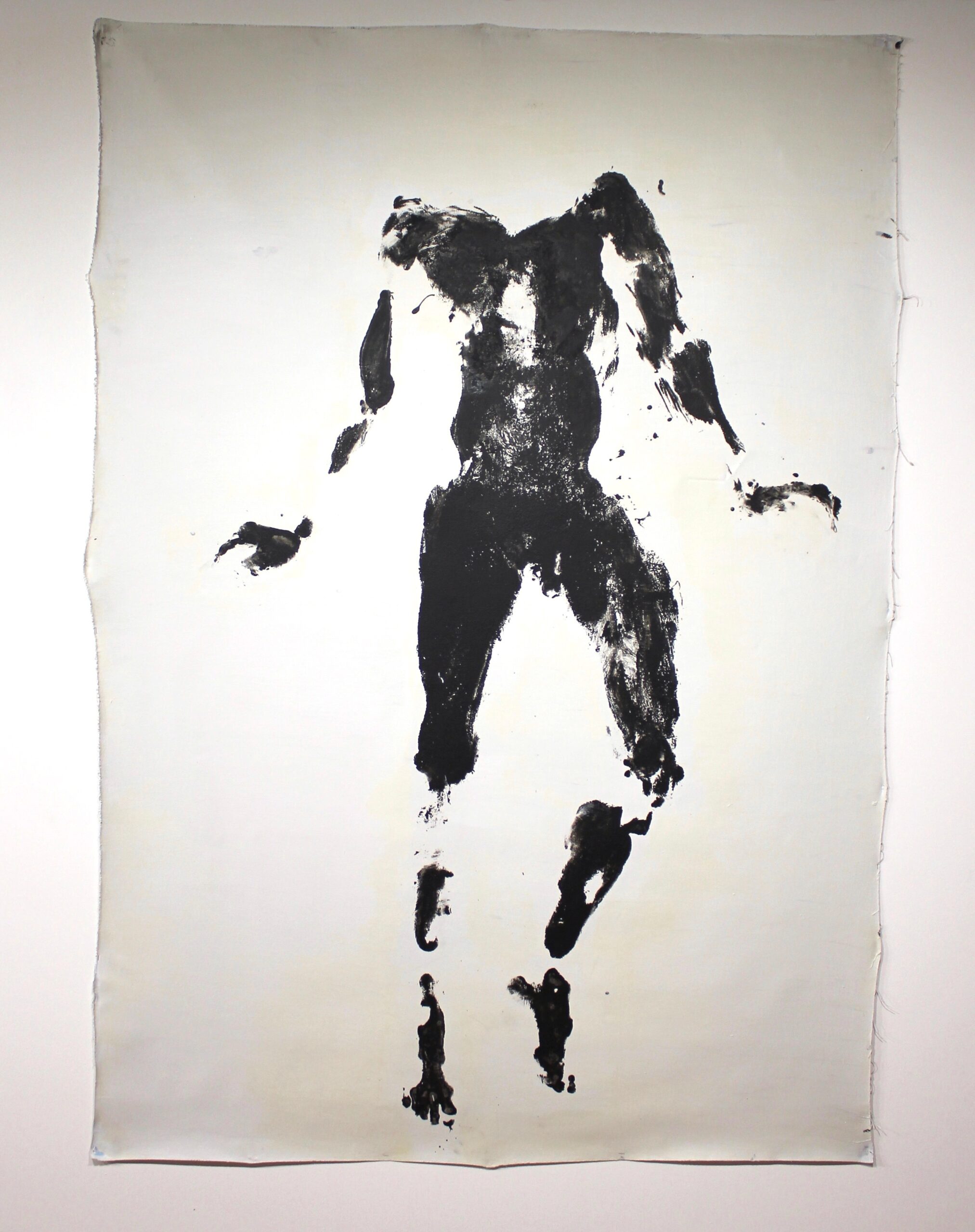 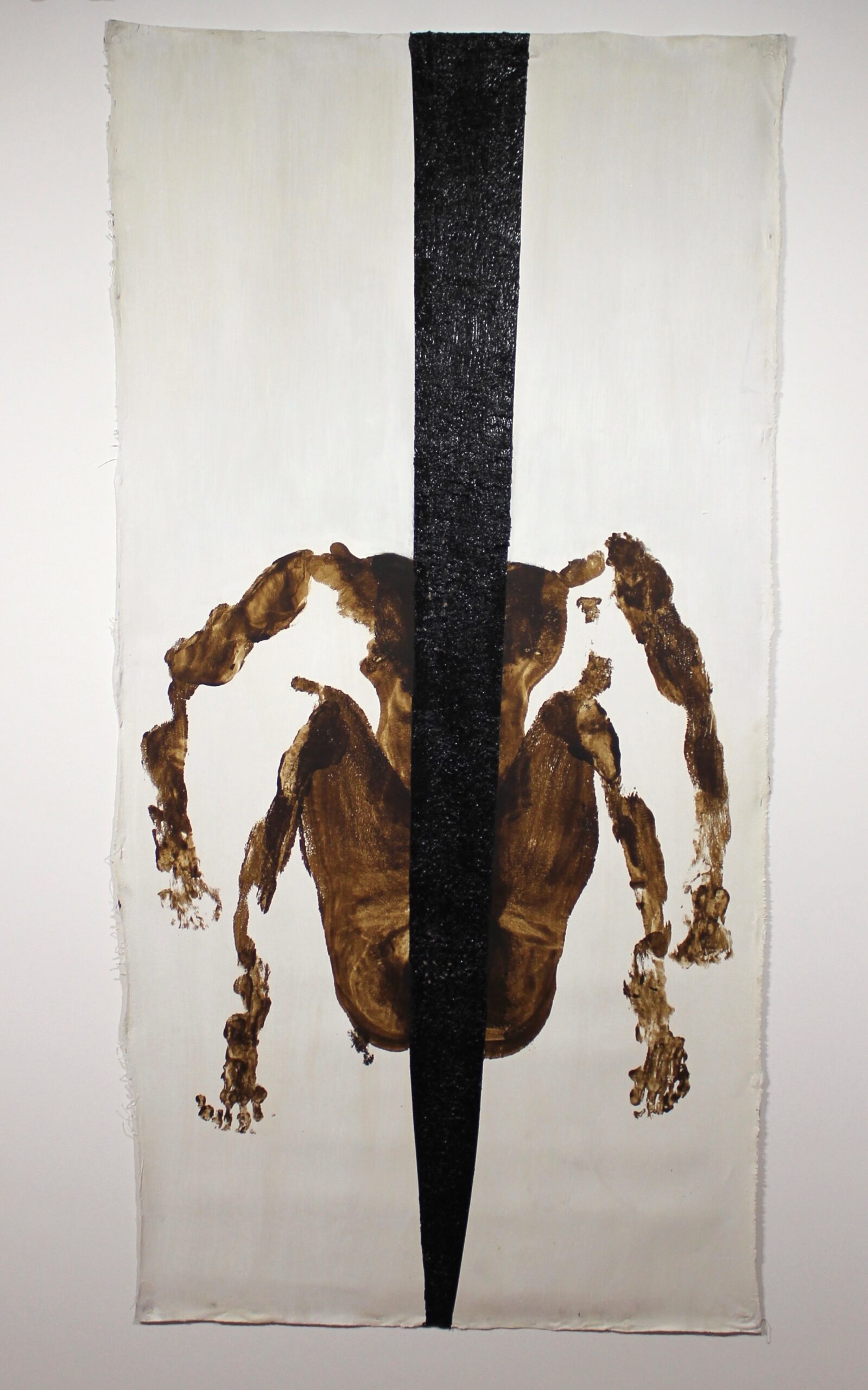 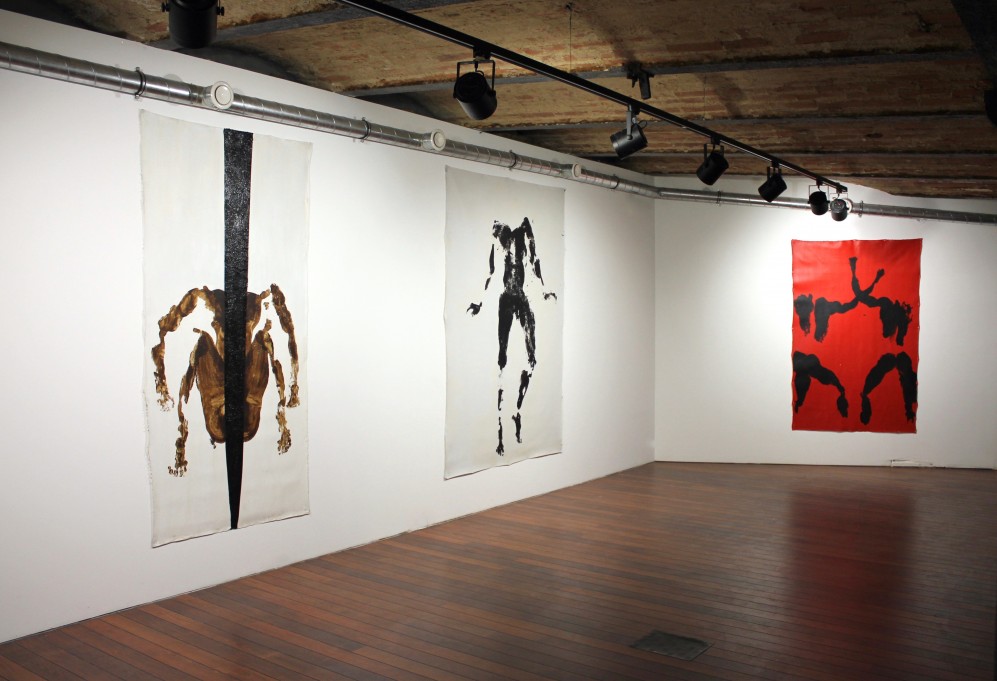 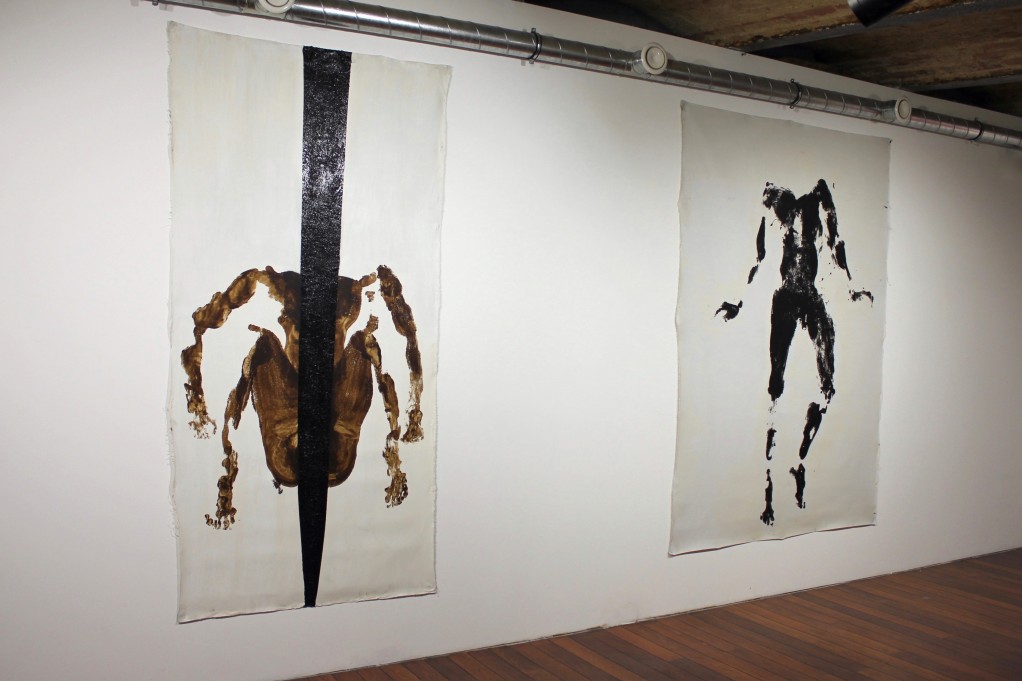 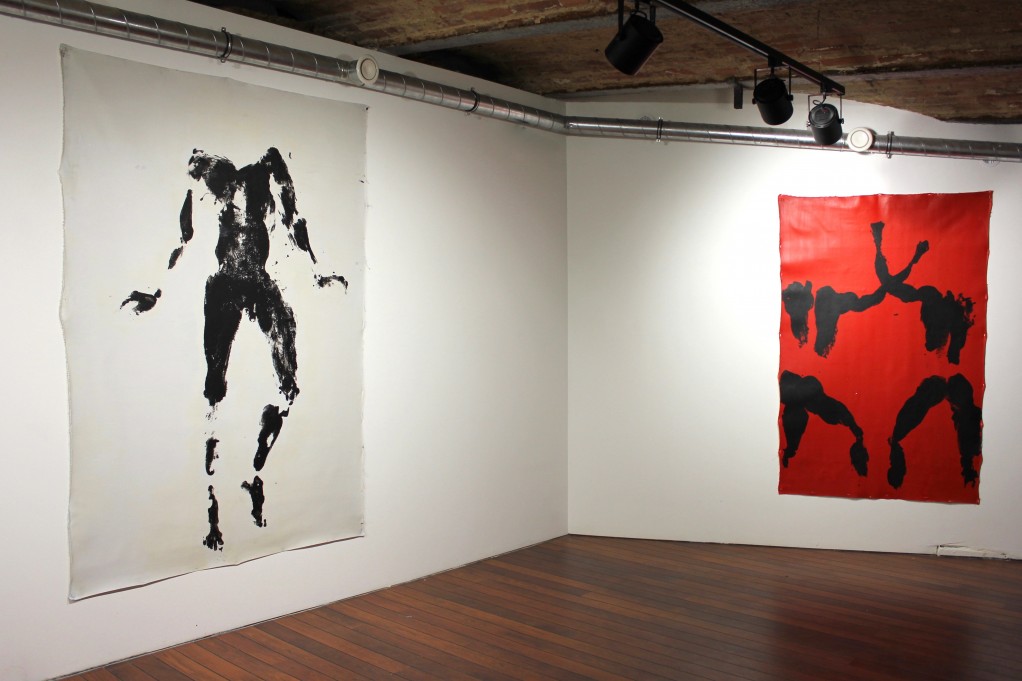 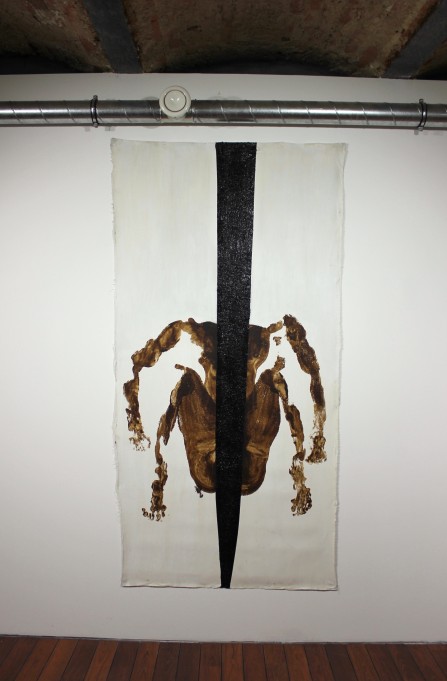 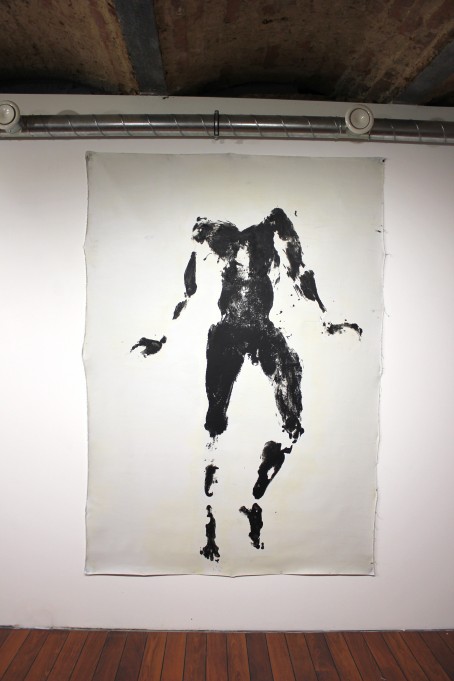 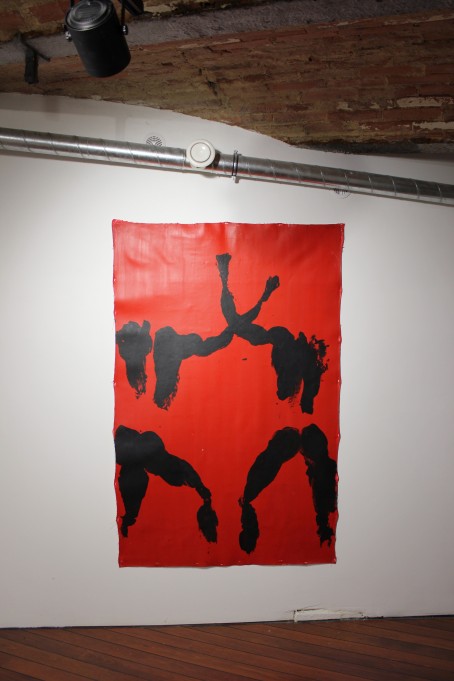 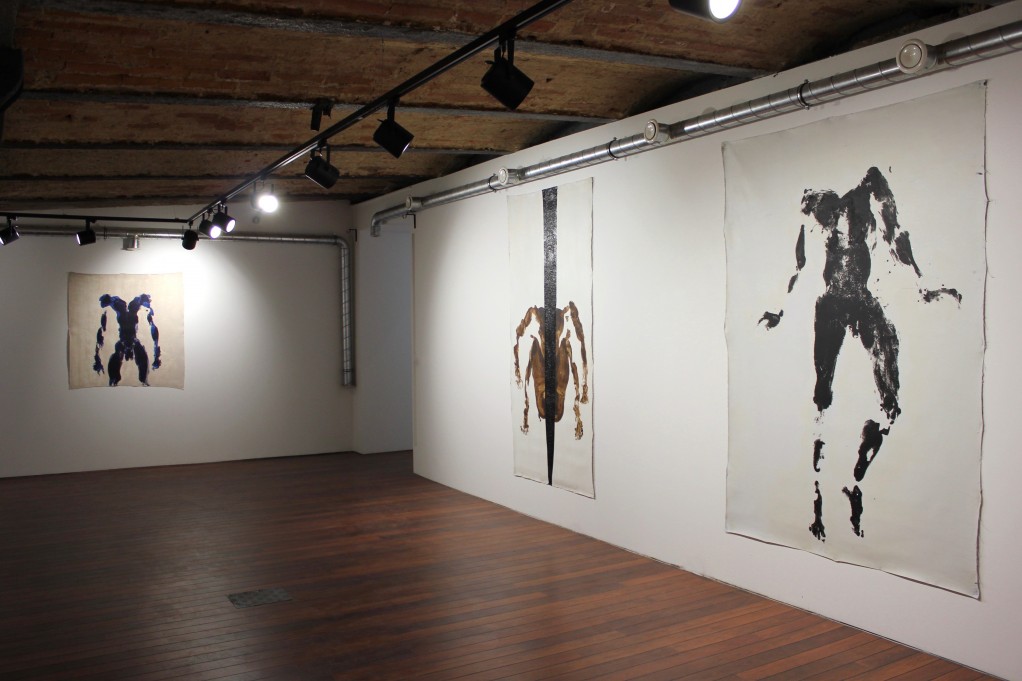 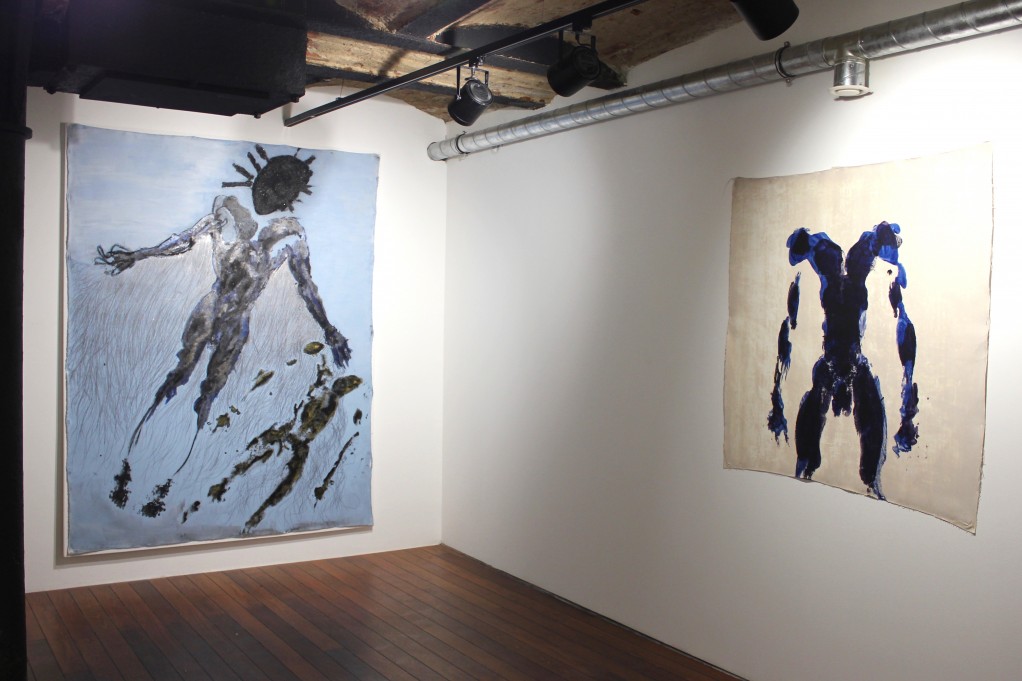 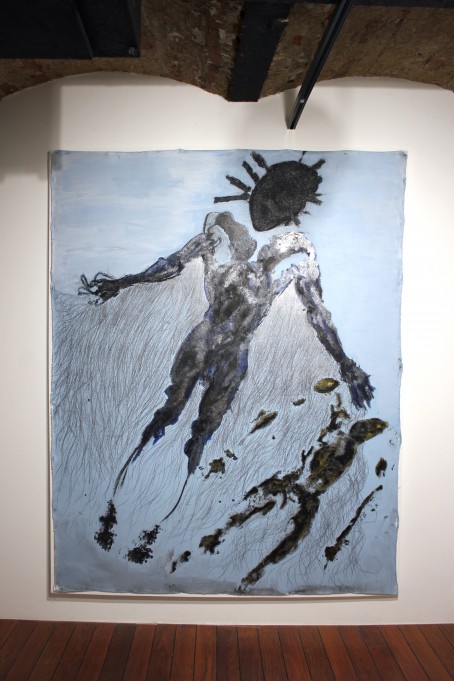 « Said to Unspoken » is a revelation of personal and collective self-awareness, painful truths, and telling of hidden or forgotten stories. Each painting is a life-sized impression, taken directly from the male figure, creating a unique mark, yielding a trace (evidence) and figurative language “narrating a way of being.” Every imprint or painting is a distinct testament to a moment, a gesture caught in time through choreographed placement onto canvas of memories, failure and triumph. The symbiotic relationship between image and ground reveals internal dialogues of separation, isolation, and sublimity . This body of work is an ongoing examination and testament of the the obsession and distortion of the Black (Non-European) body throughout contemporary culture. This work primarily addresses the violence, humiliation and sublimity within a Black-American context but transcends this, and speaks to all narratives considered other.

Duron Jackson’s paintings expose both the formal and social interrelationships of ‘blackness’ within the broader context of contemporary culture. As a multi-disciplinary artist Duron Jackson conflates academic research and artistic practice, and create new critical perspectives on dominant historical narratives. Reflecting on contemporary representations and debates within western critical discourse, his work comments on U.S. social and political histories.

Duron Jackson is Brooklyn based multi-disciplinary artist born in Harlem, New York. He received his MFA in Sculpture at Bard College, Milton Avery School of Art. Jackson is a 2013 recipient of the prestigious Fulbright research fellowship, granted by the U.S. State Department for creative research in Salvador da Bahia, Brasil, where he was concurrently artist in residence at Museu de Arte Moderna da Bahia. Later he was a resident of the Marie Walshe Sharpe/Walentas Studio Residency in 2016.
Duron Jackson held a solo show at the Brooklyn Museum in New York in 2012, and has been featured in important group shows at the Bronx Museum Biennial, New York City in 2013, Jumping the Line organized by the Artiz Group at Frieze New York in 2015, Carceral States at the Maier Museum, Lynchburg, VA  in 2017.