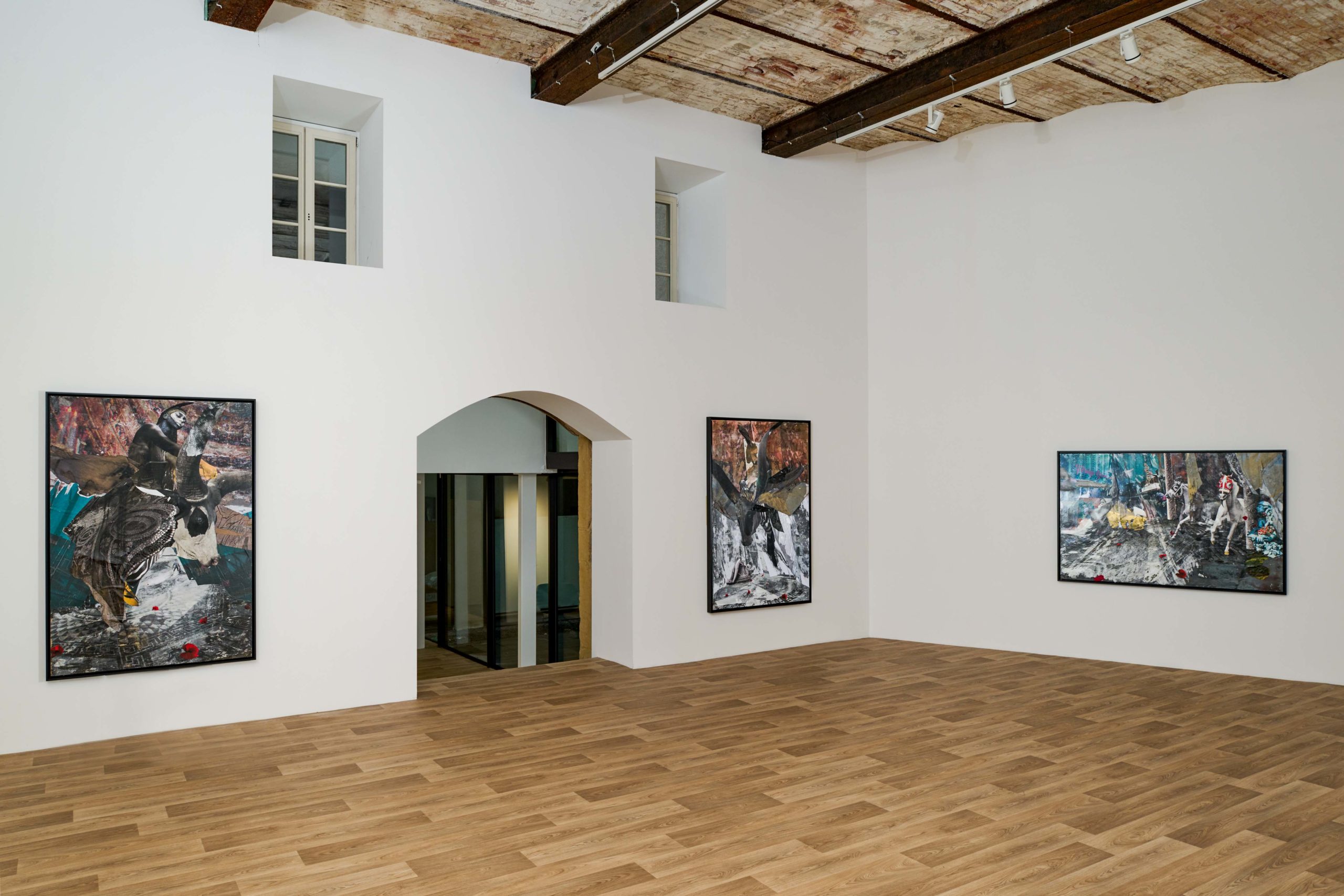 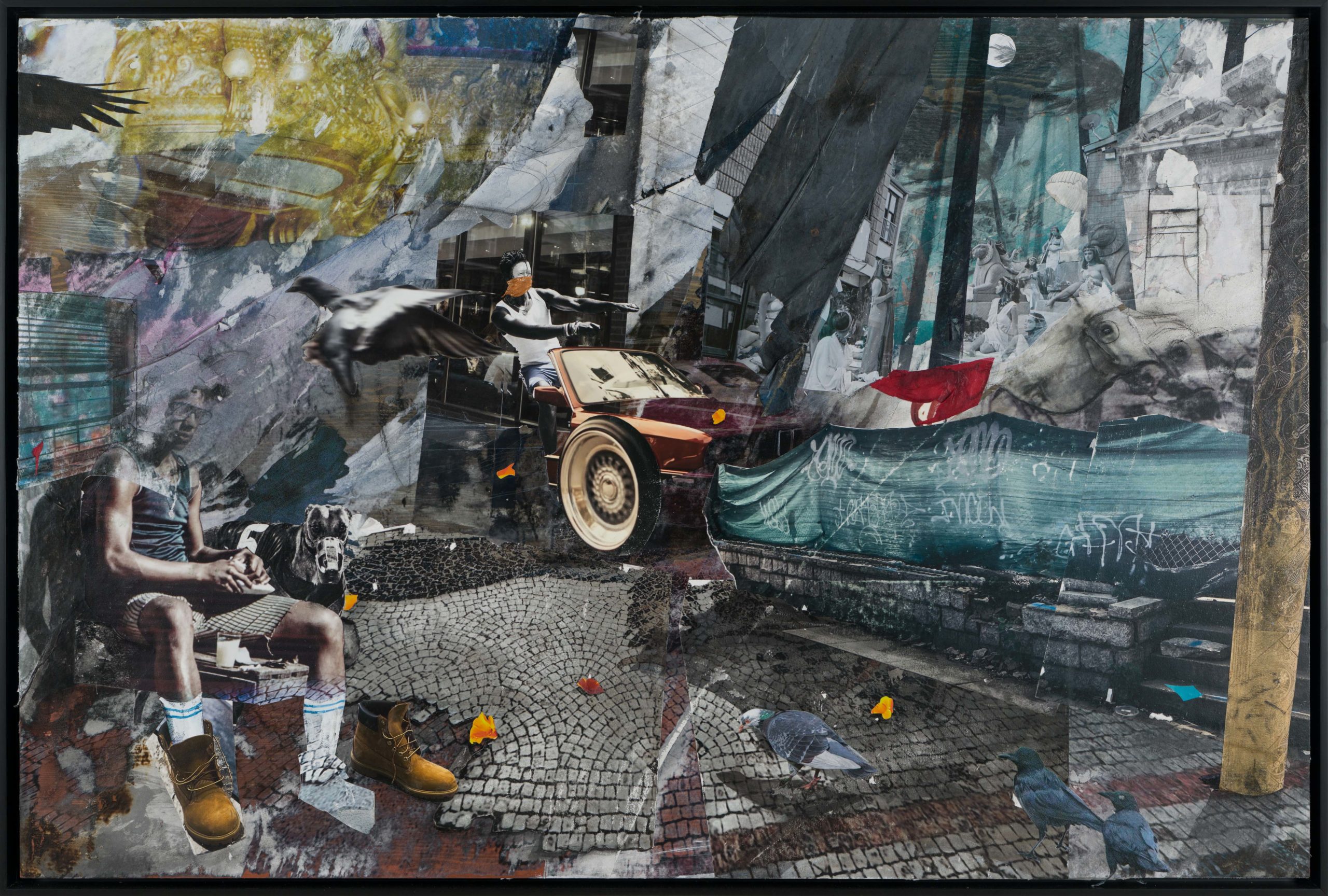 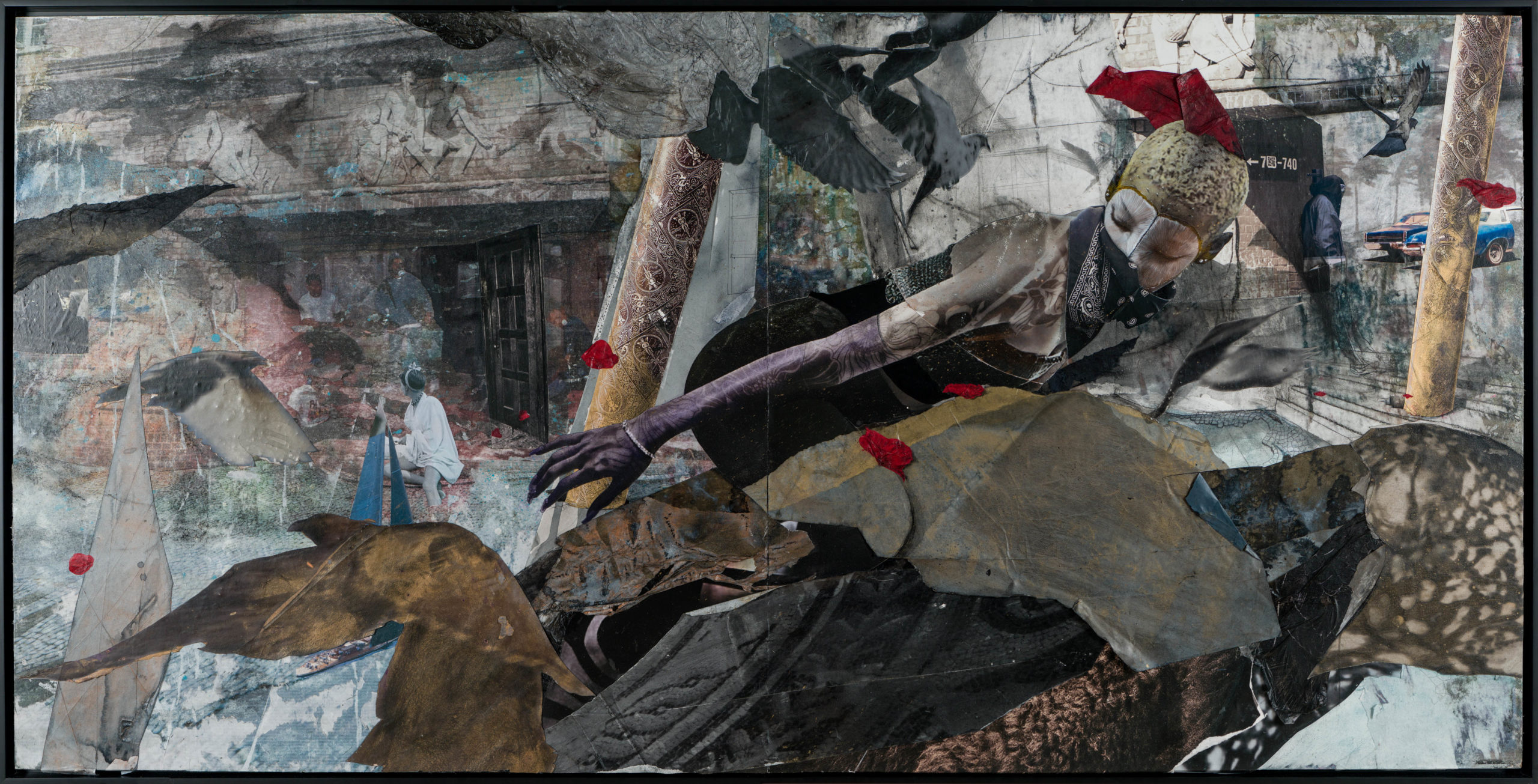 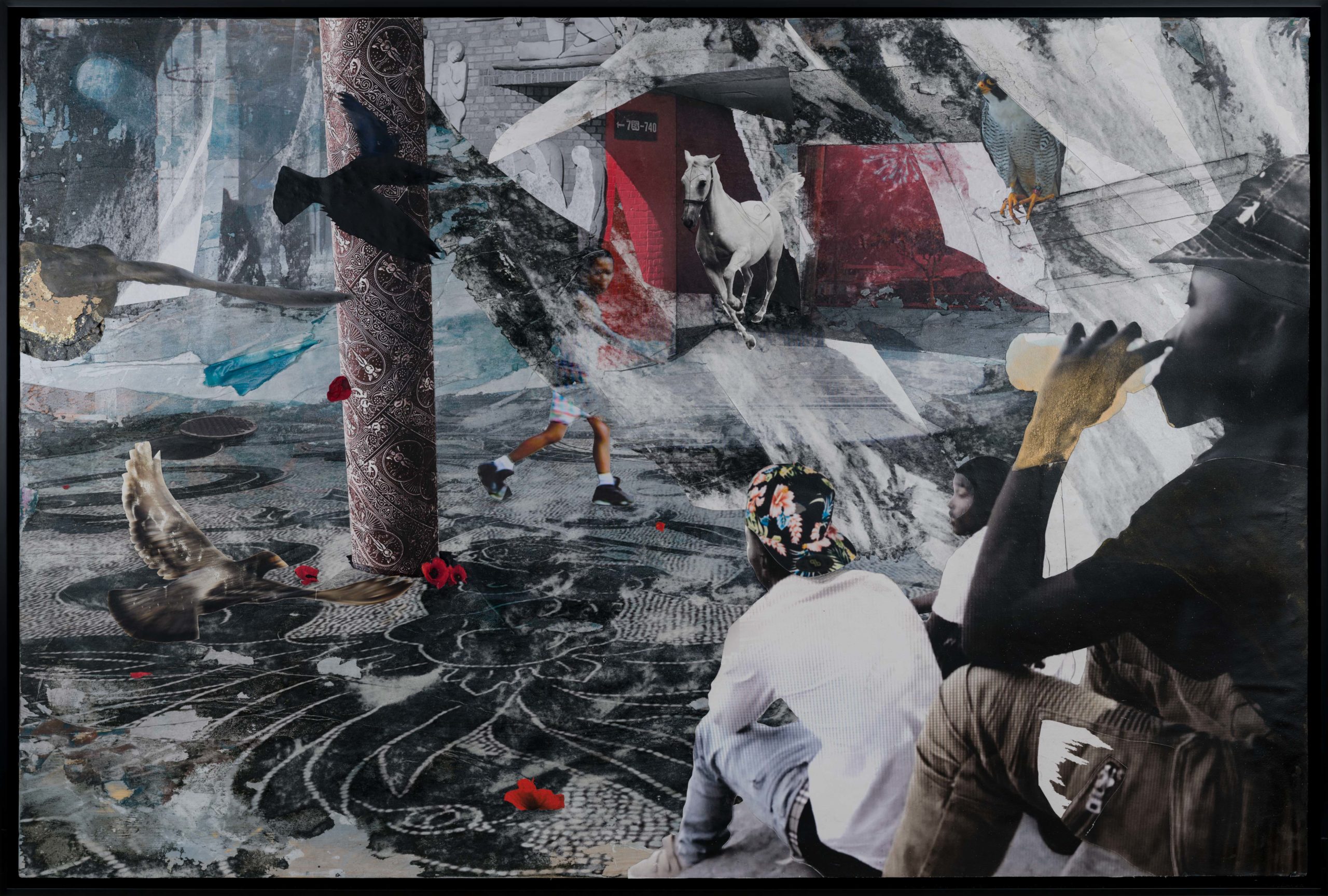 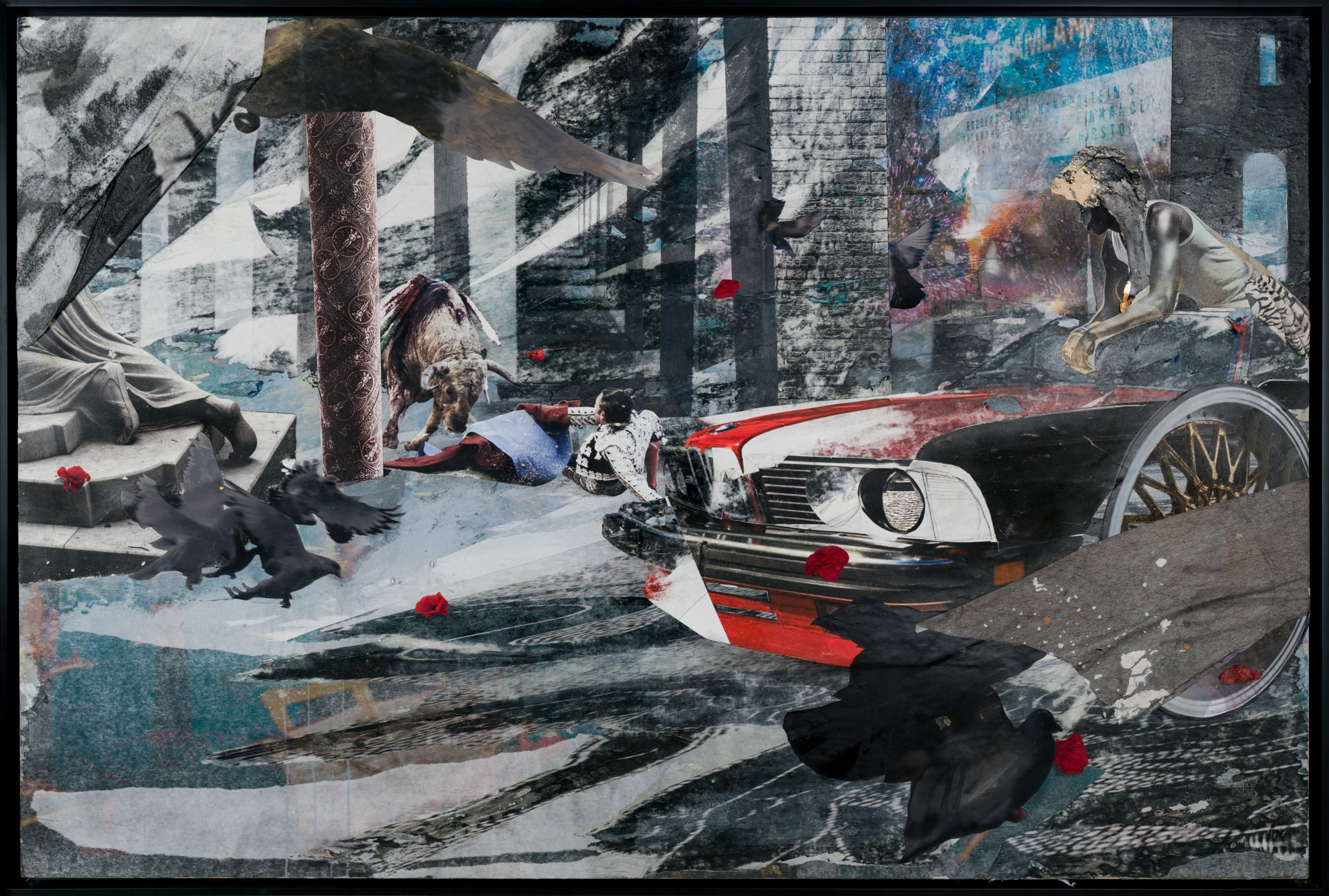 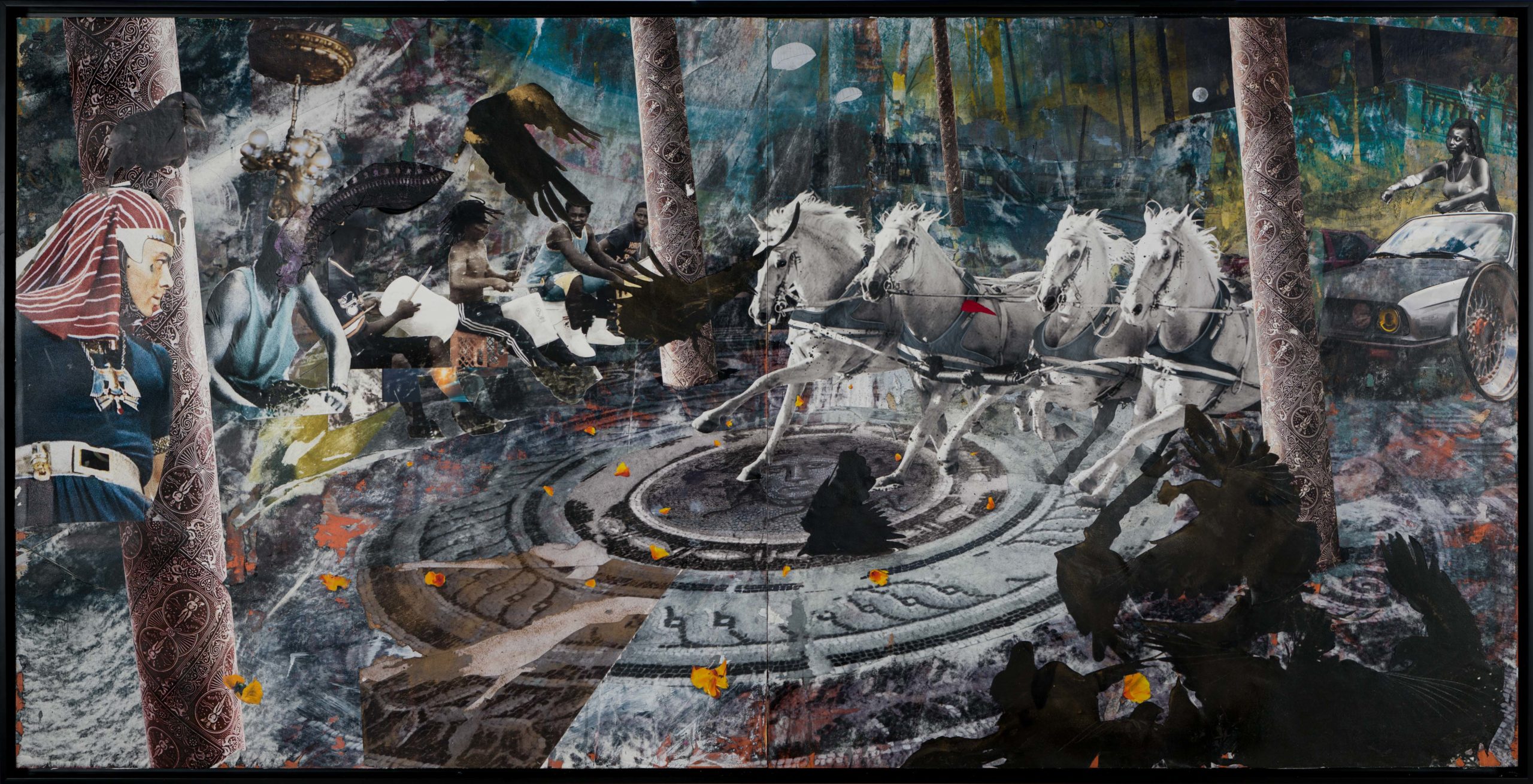 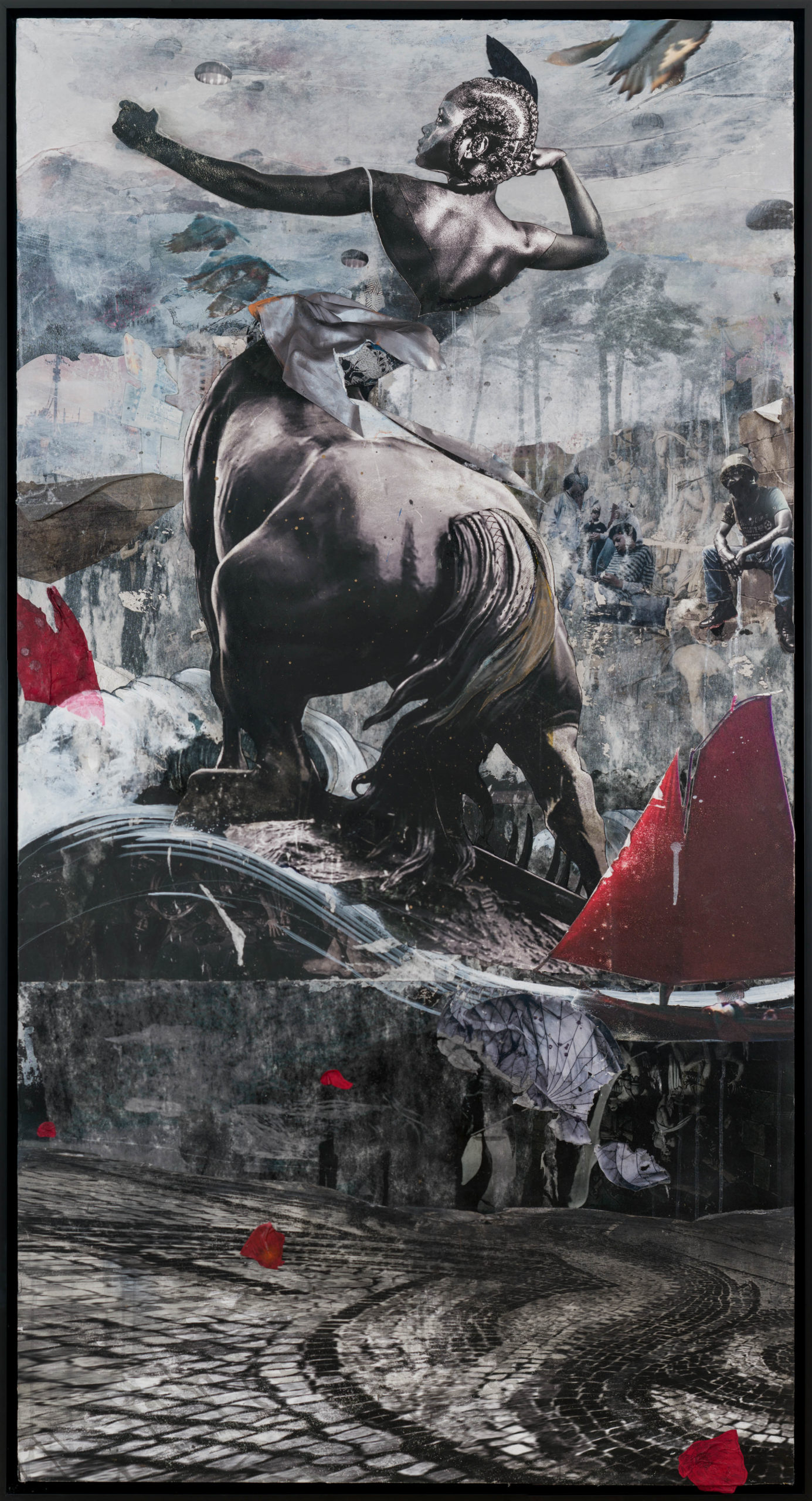 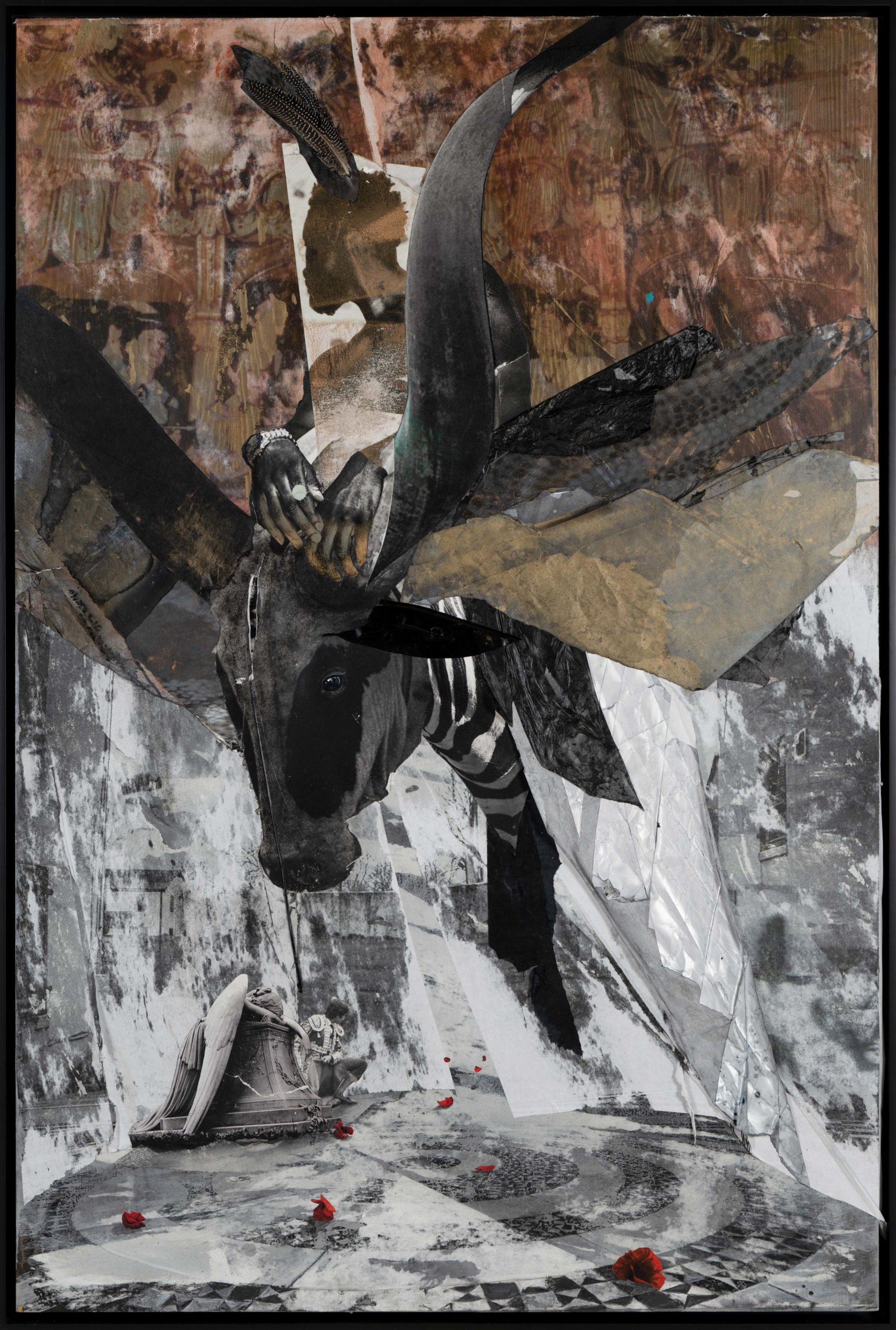 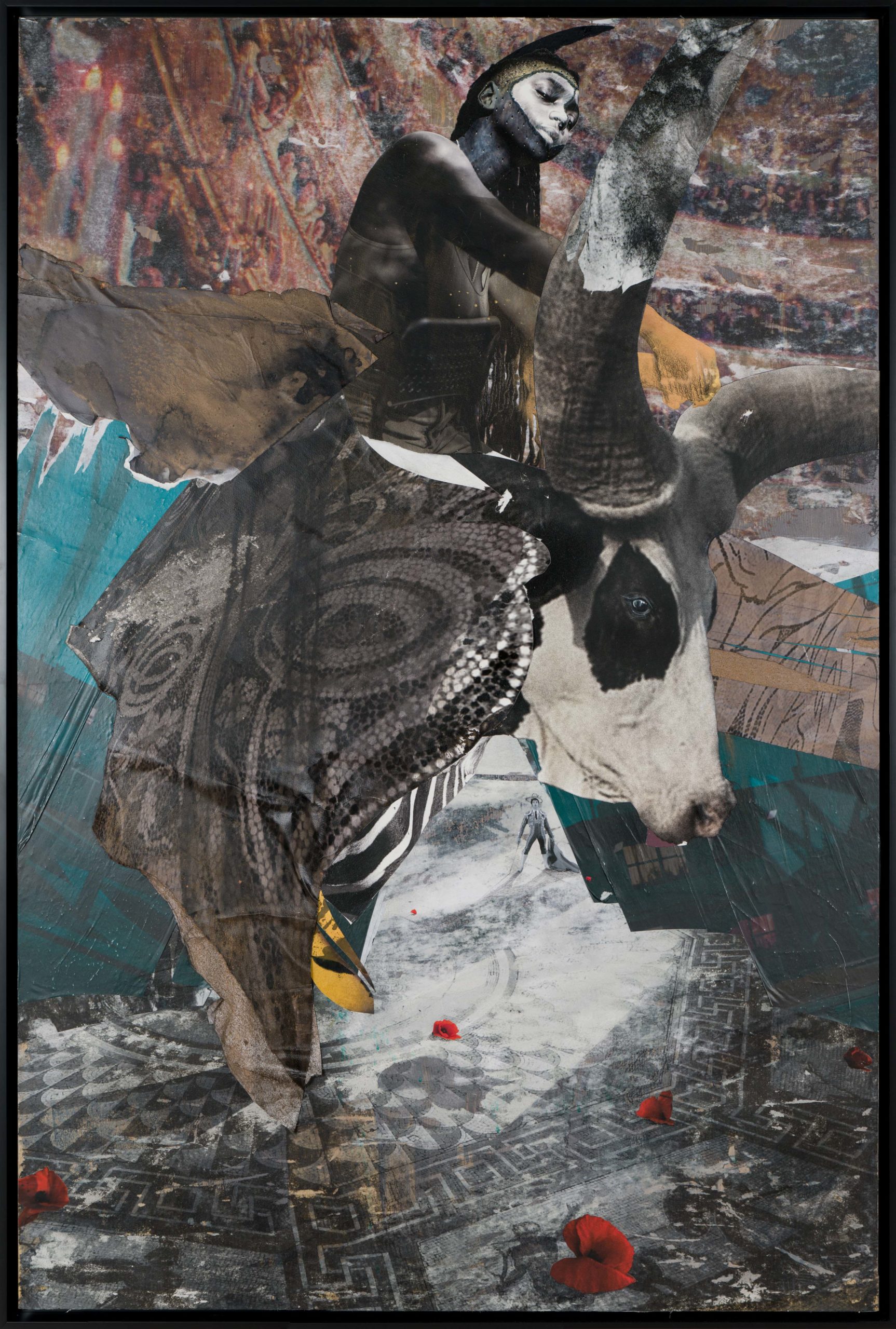 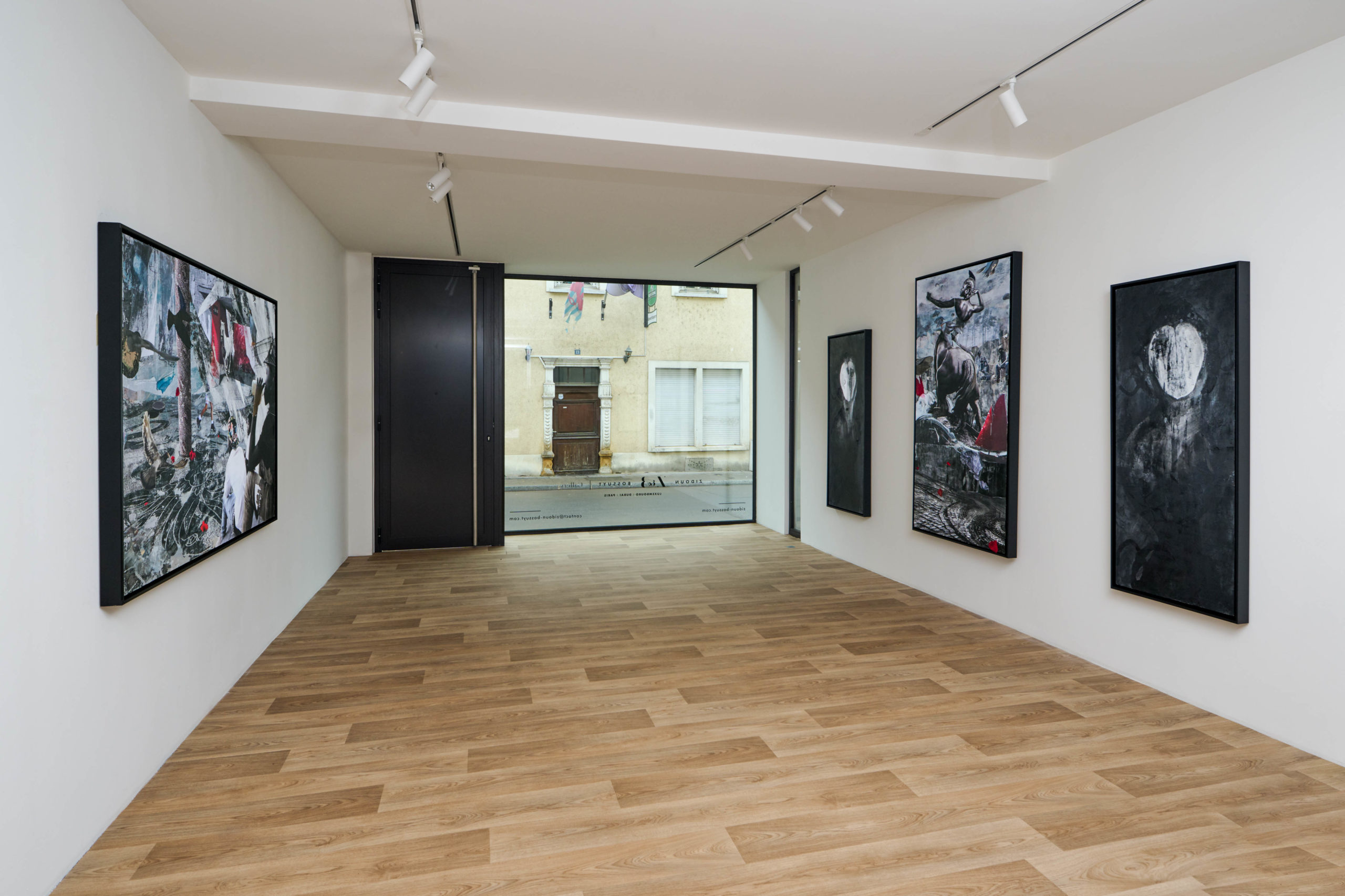 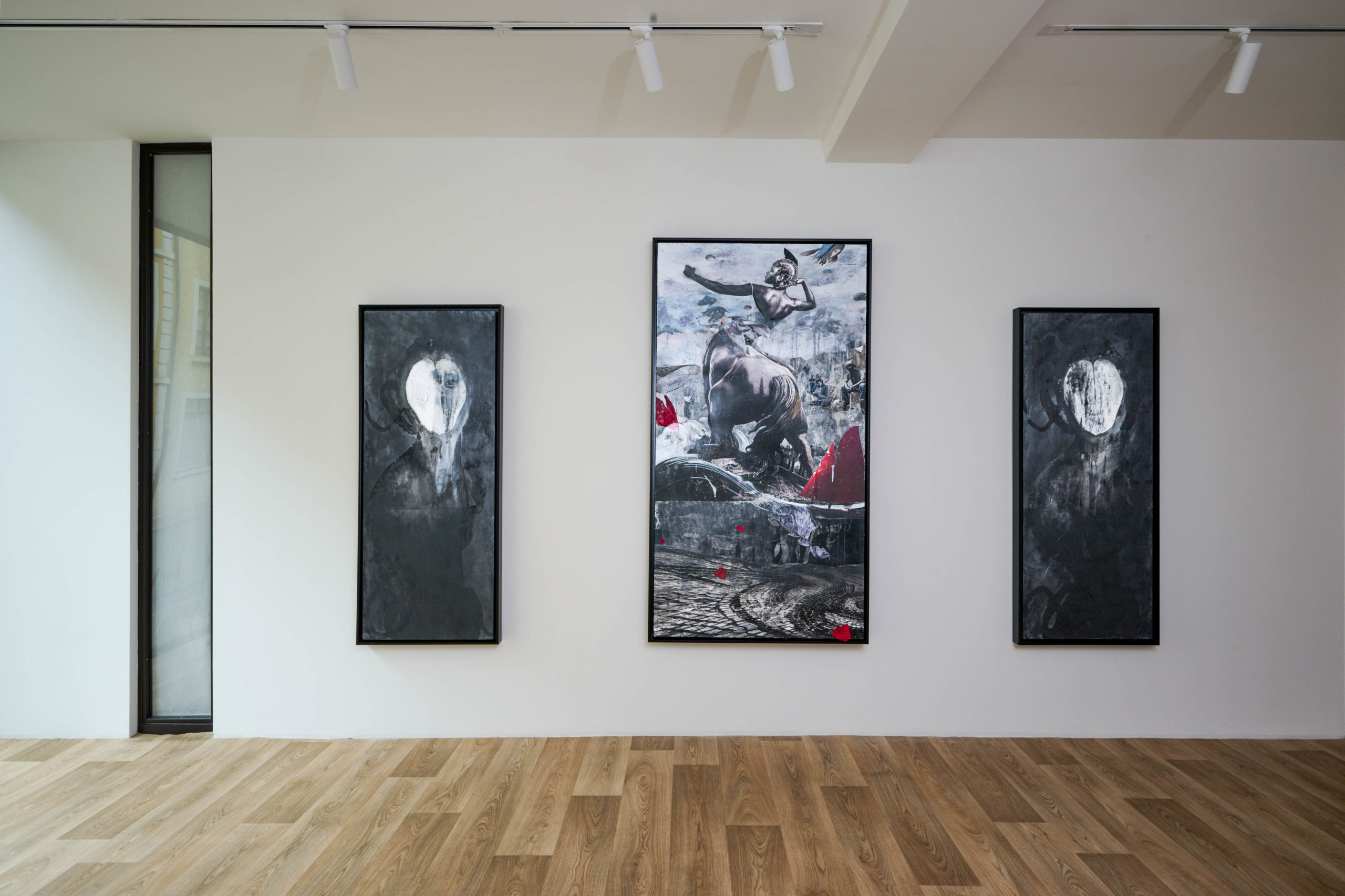 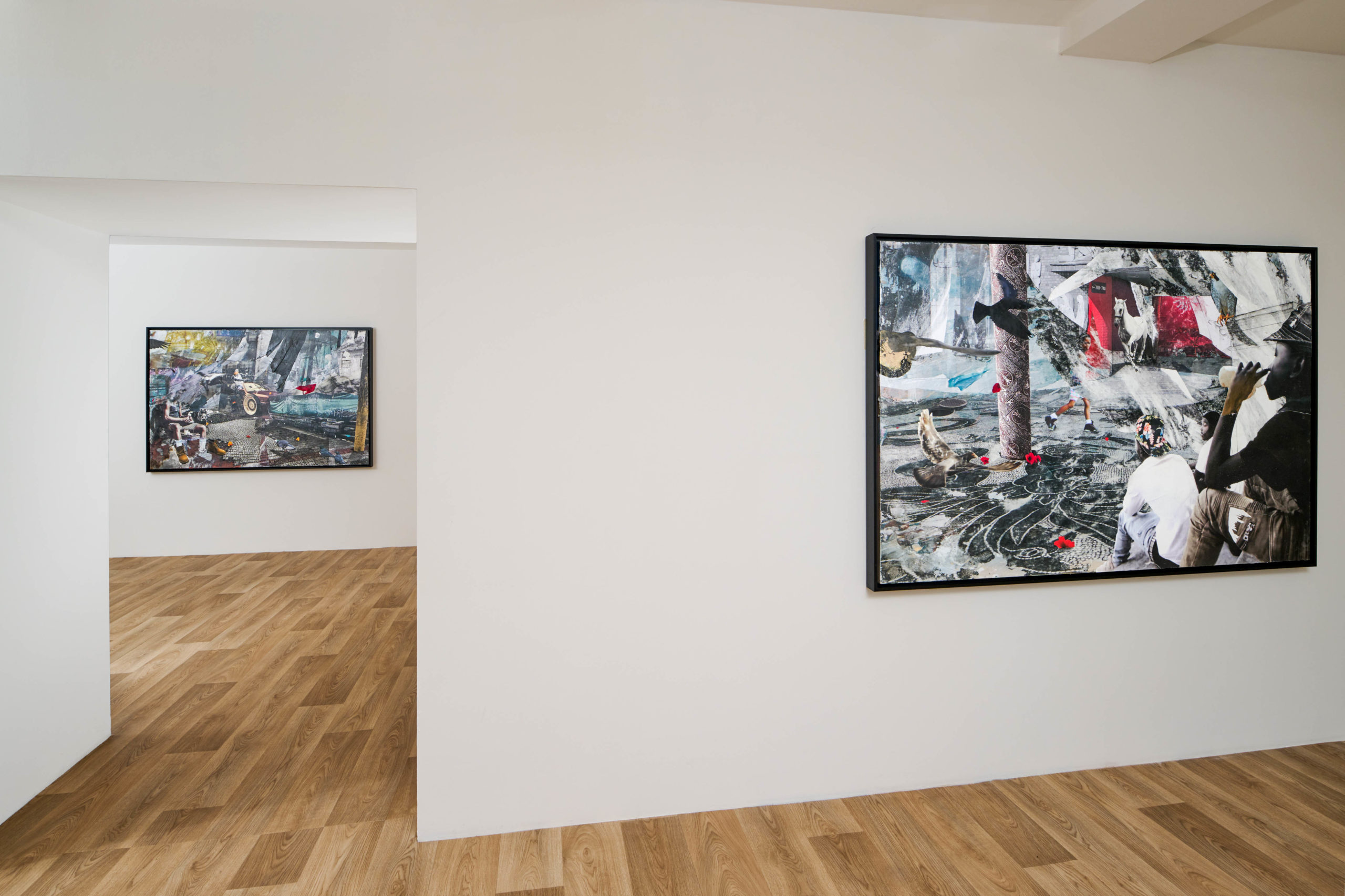 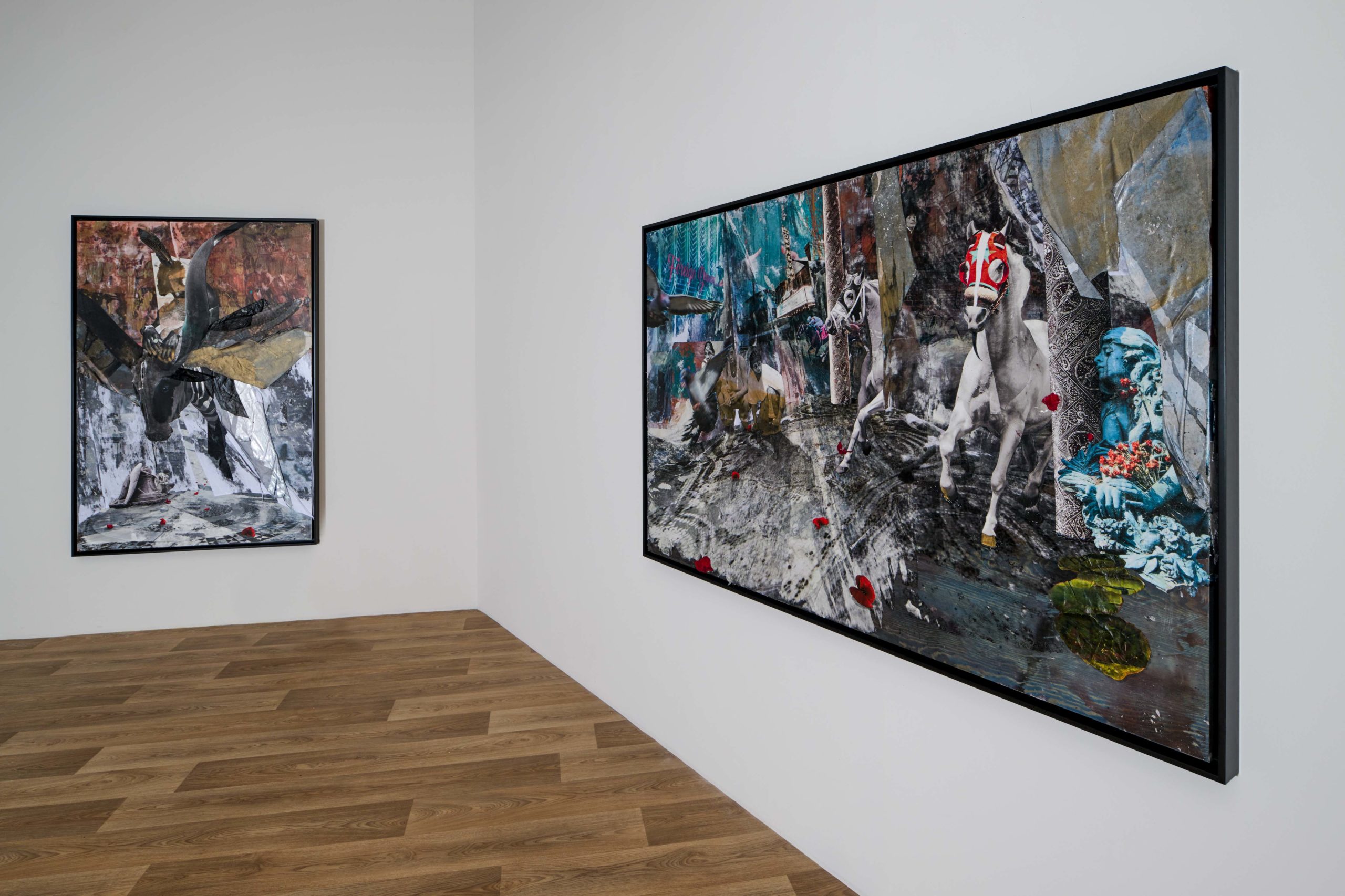 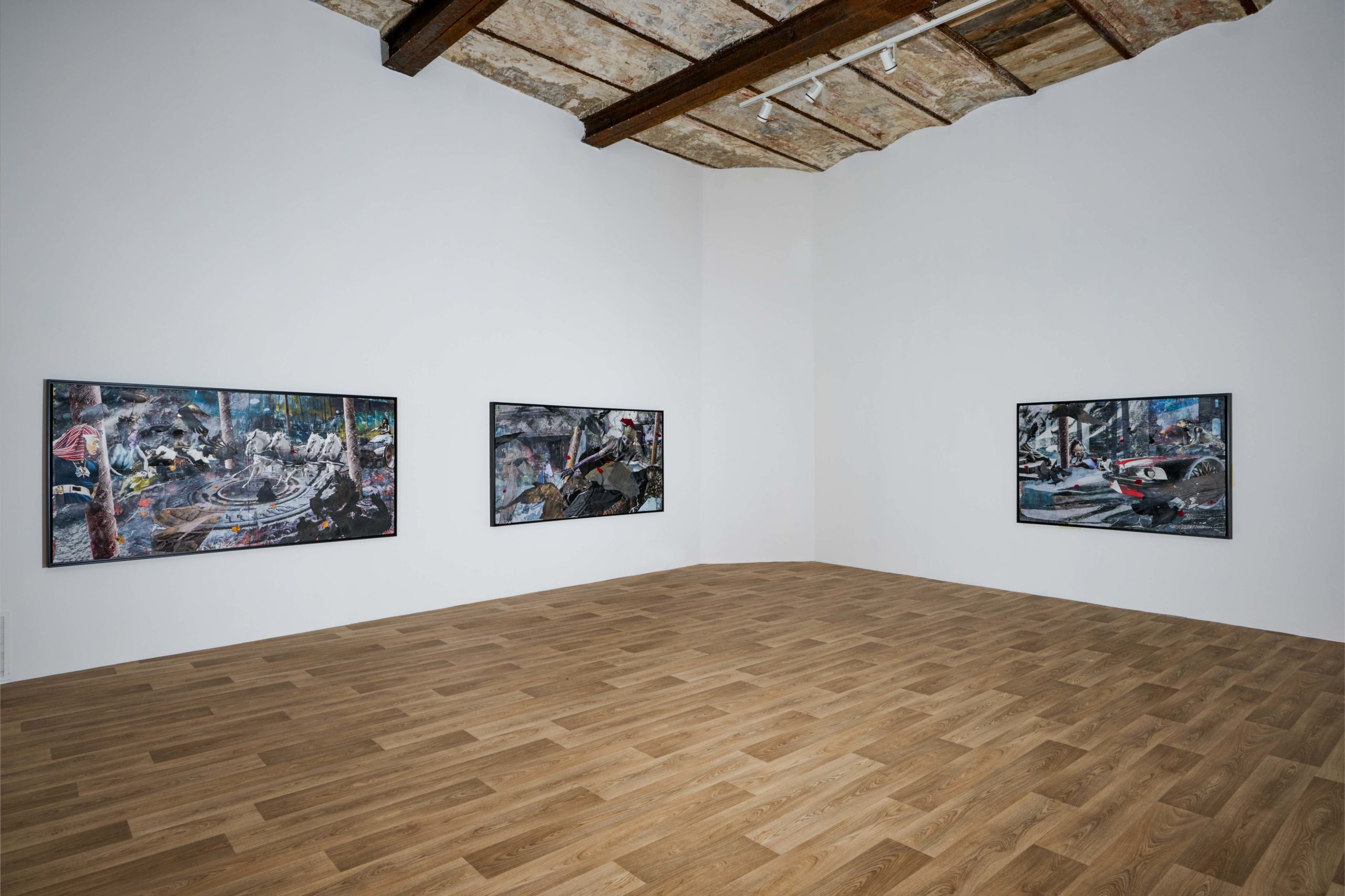 Zidoun-Bossuyt Gallery is delighted to present the first solo exhibition of American artist Shaunté Gates in Europe.
Gates’ deeply immersive process engages drawing, photography, painting, sculpture and experiments with light, film and the built environment of his native Washington, D.C. The artist’s ongoing engagement with the architecture of D.C., began using the city’s public housing project buildings and the communities housed within them as a starting point.
The artist moves intuitively, sensing, recalling, allowing all of his faculties to be activated. Reminiscent of Robert Rauschenberg’s engagement with material, Gates’ works are a cacophony of real and imagined signs, signifiers, stories, color, and techniques across space time.
Gates joins the contemporary African diasporic tradition of bending and extending the notion as a visual strategy. He uses not only the archival but the archetypal, the filmic, the decorative. He samples and interpolates imagery from video games and films, architecture in Washington, D.C. and elsewhere. In one tableau, he samples chariots from Ben-Hur, Yul Brenner as Pharaoh Rameses II in the classic biblical epic film The Ten Commandments. There may be a not-exactly Corinthian column. The presence of these traditional Greek architectural gambits typically is meant to be an invocation of a certain kind of power and refinement. Upon closer inspection, Gates’ object is, in fact, not a real column at all. It is fashioned from playing cards, photographed and placed into the frame. His column is an altogether new symbol unattached to the machinations of state power and whiteness. It is play, memory, a signaling toward something new.
How do we stretch ourselves toward a life ungoverned by the emotional, physical, political and economic architectures that have kept us in a holding pattern for the last several hundred years. Gates’ exploration delves into the both psychological dimension and the physical structures that reinforce them and hold up other institutional structures that merge with the artist’s experiences and memories and the world itself.
Extract from a written essay by Niama Safia Sandy, Visiting Assistant Professor

Shaunté Gates is based in Washington, D.C., where he was born and raised. Gates is trained in oil painting, and prior to his recent works, he produced representational portraits. Gates’ past experience as a tattoo artist and television editor with BET Networks greatly informs his practice. He is a participating artist in Smithsonian Institution’s “Men of Change” four-year (2019-2022) traveling exhibition. The exhibition spans ten museums including California African American Museum, Cincinnati Underground Railroad Museum, and Washington State History Museum. Gates has work in esteemed private collections, and an acquisition by the Studio Museum in Harlem’s Collection. He has many public art commissions from schools throughout D.C., including Transcending, a painting commemorating the 140th anniversary of Howard University School of Law.