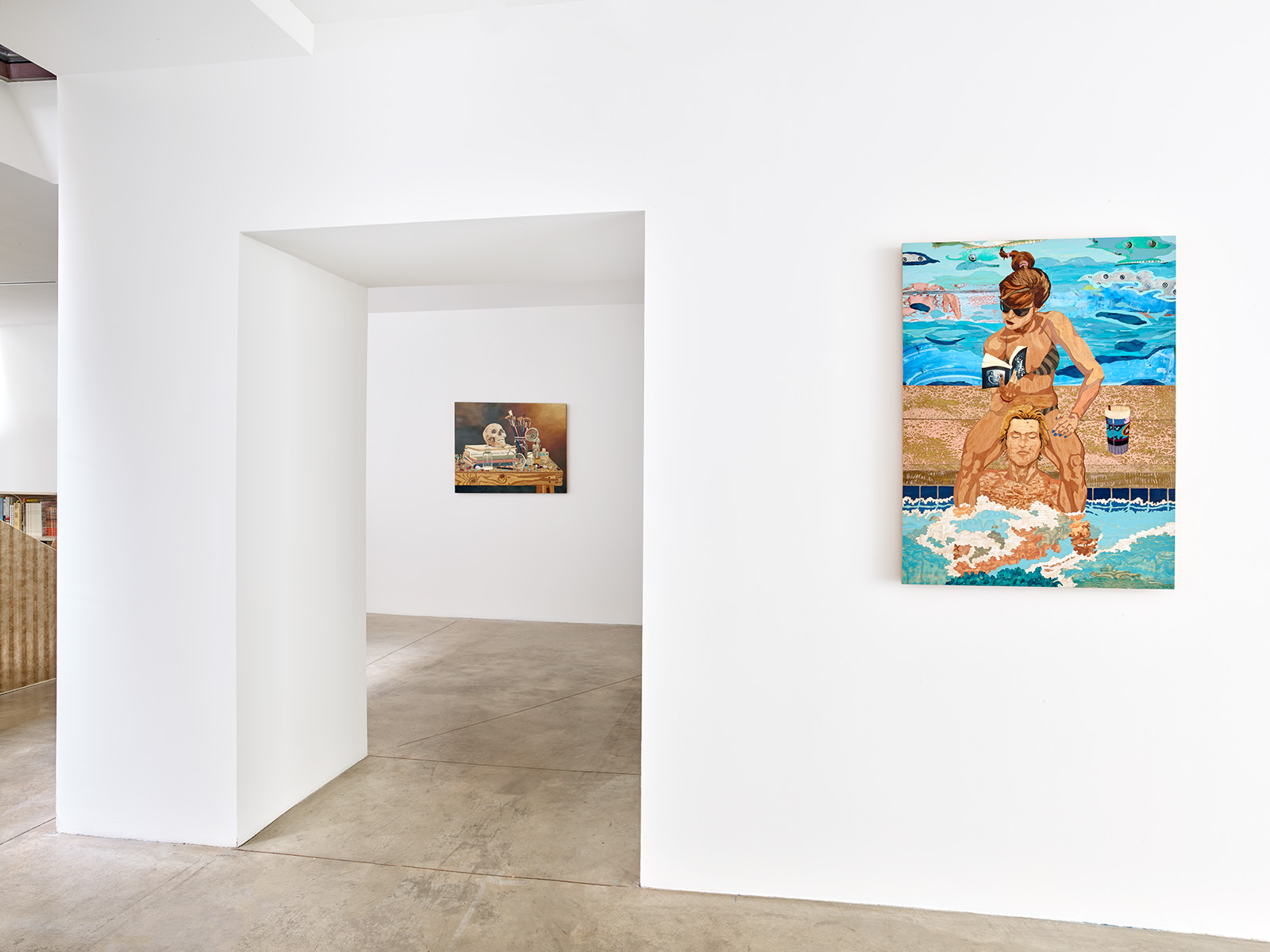 Zidoun-Bossuyt Gallery is please to present the first solo exhibition of Alison Elizabeth Taylor at the gallery : The Needle’s Eye. 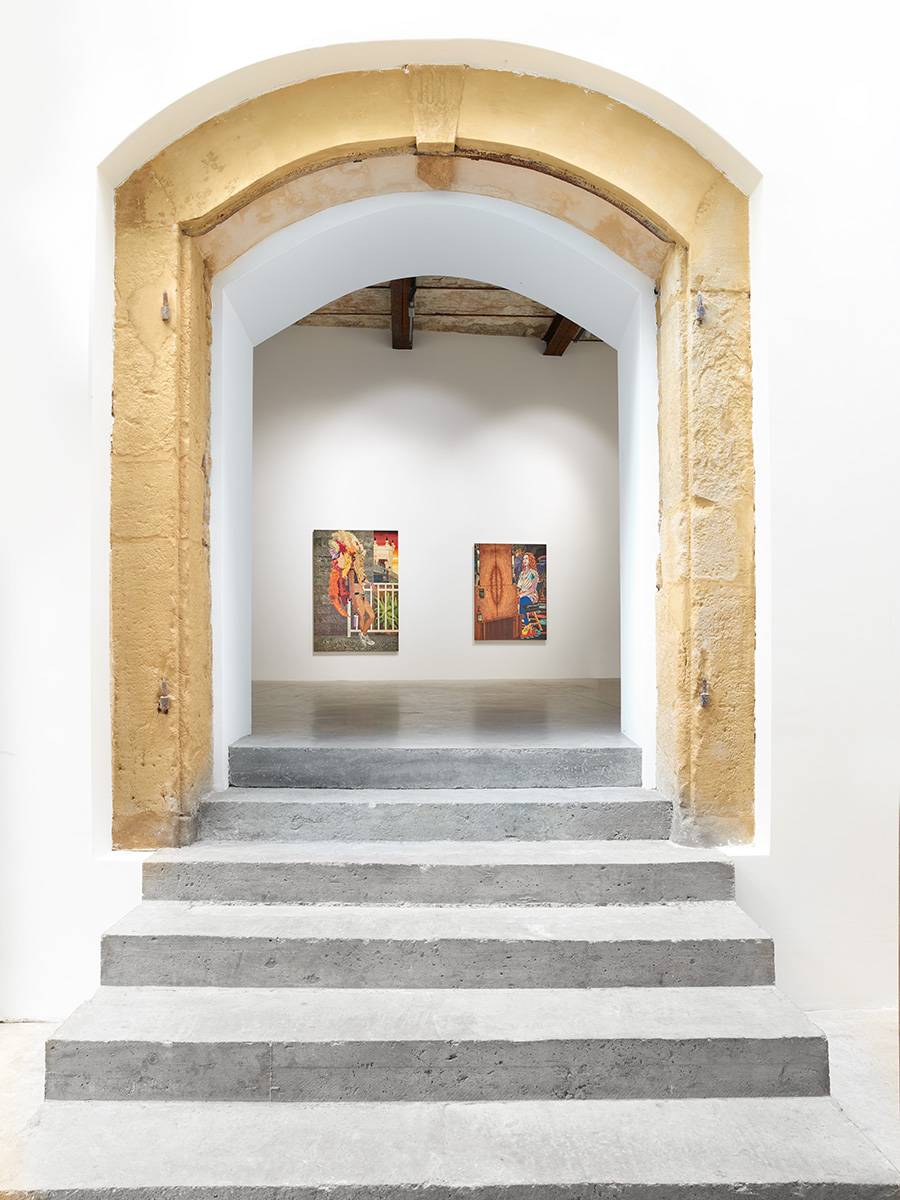 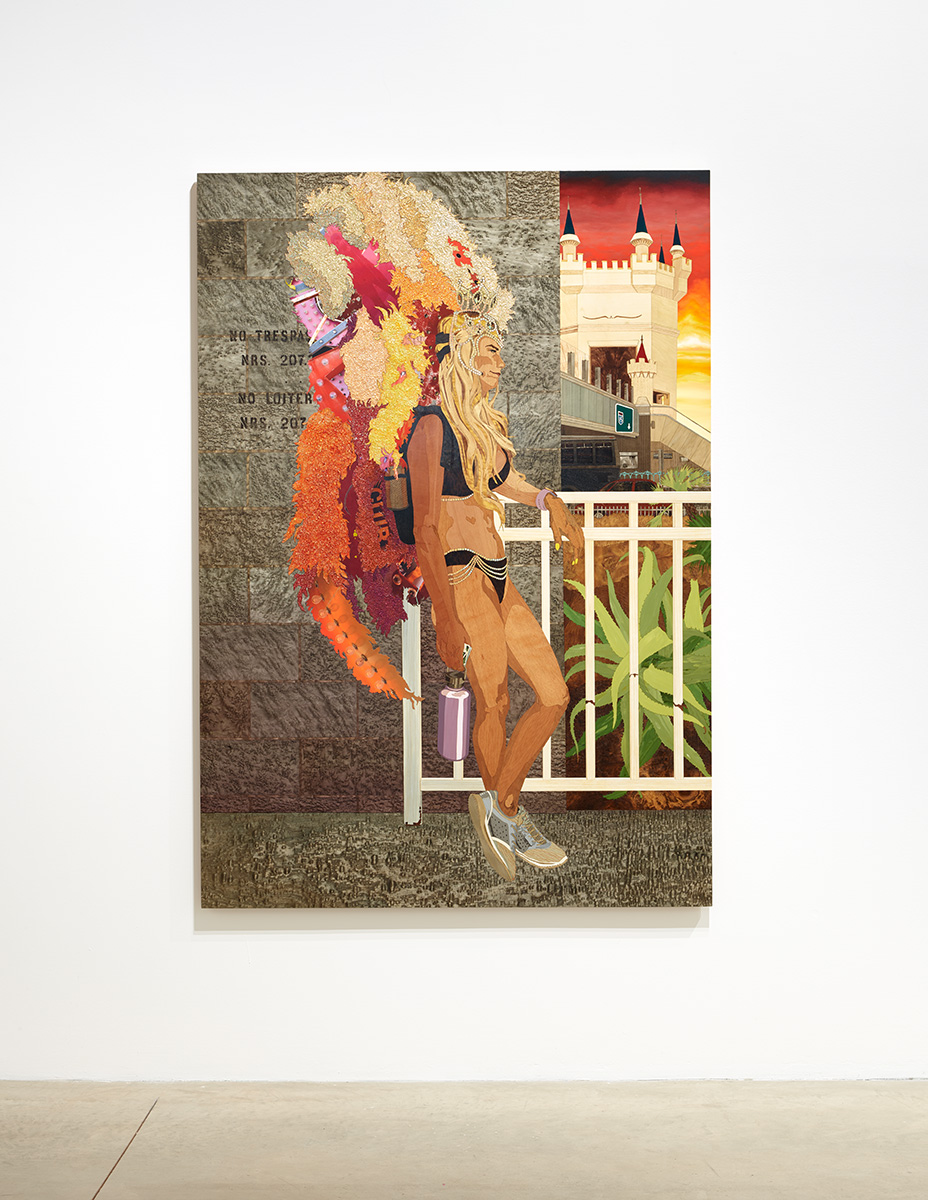 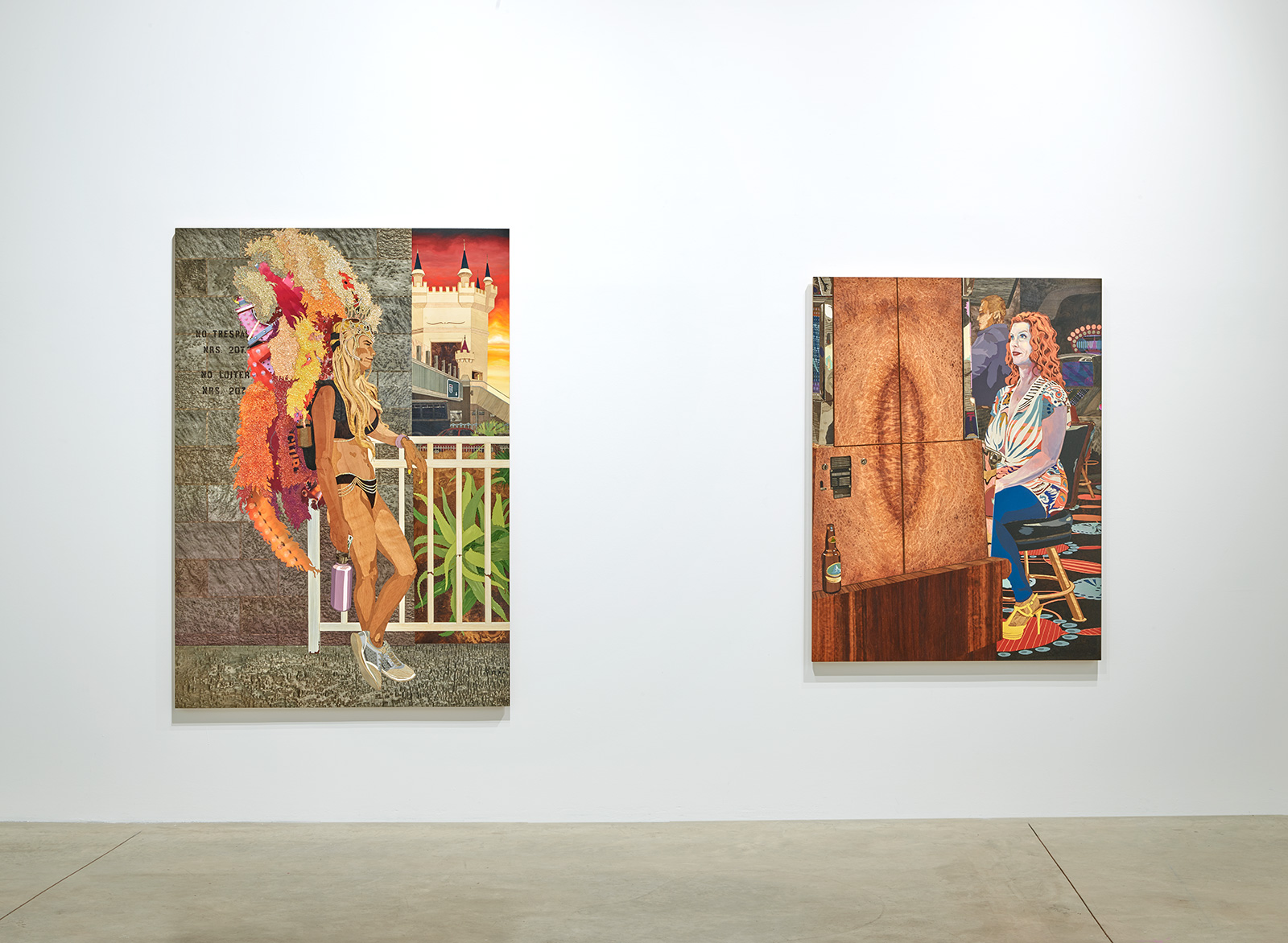 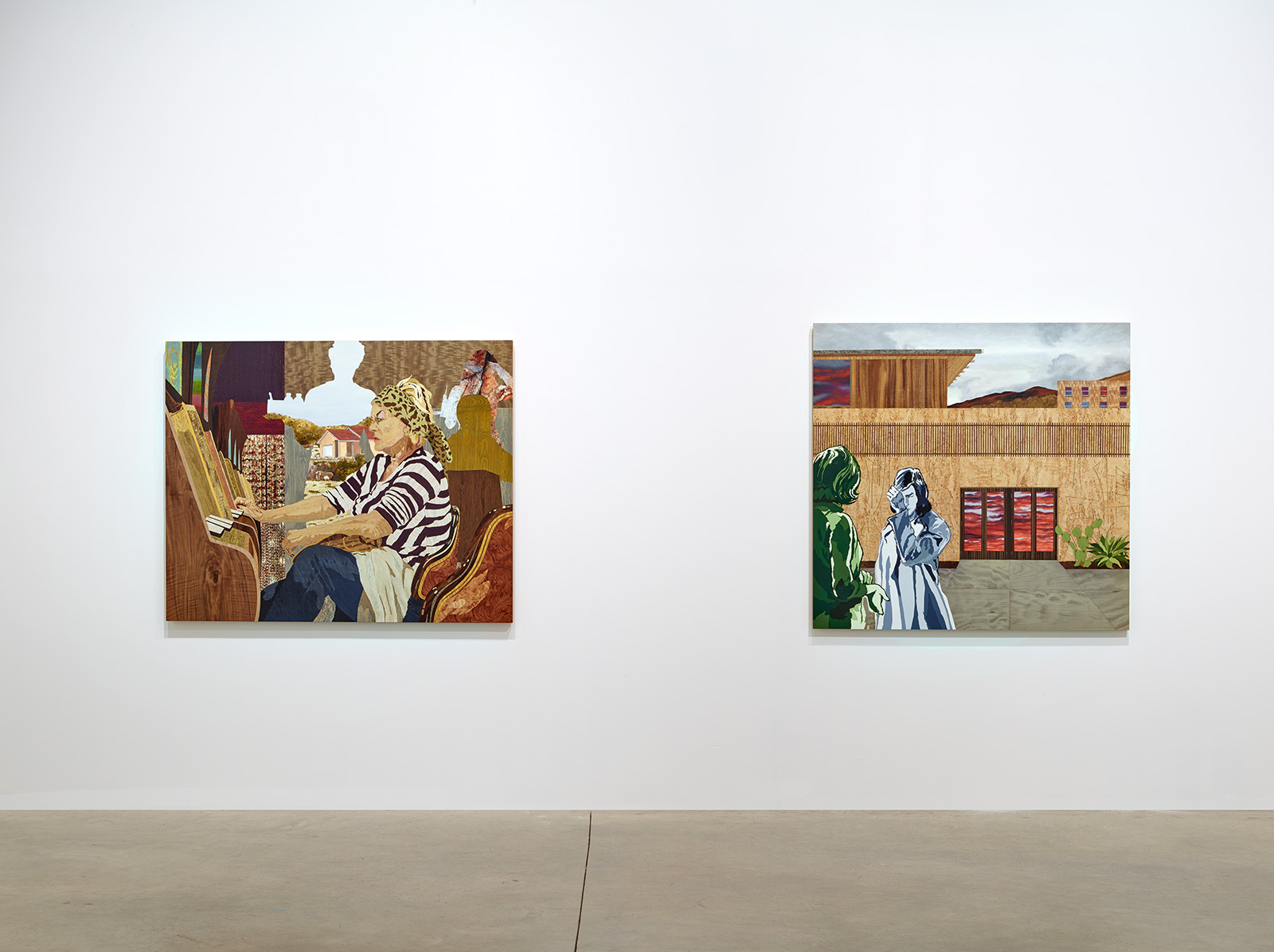 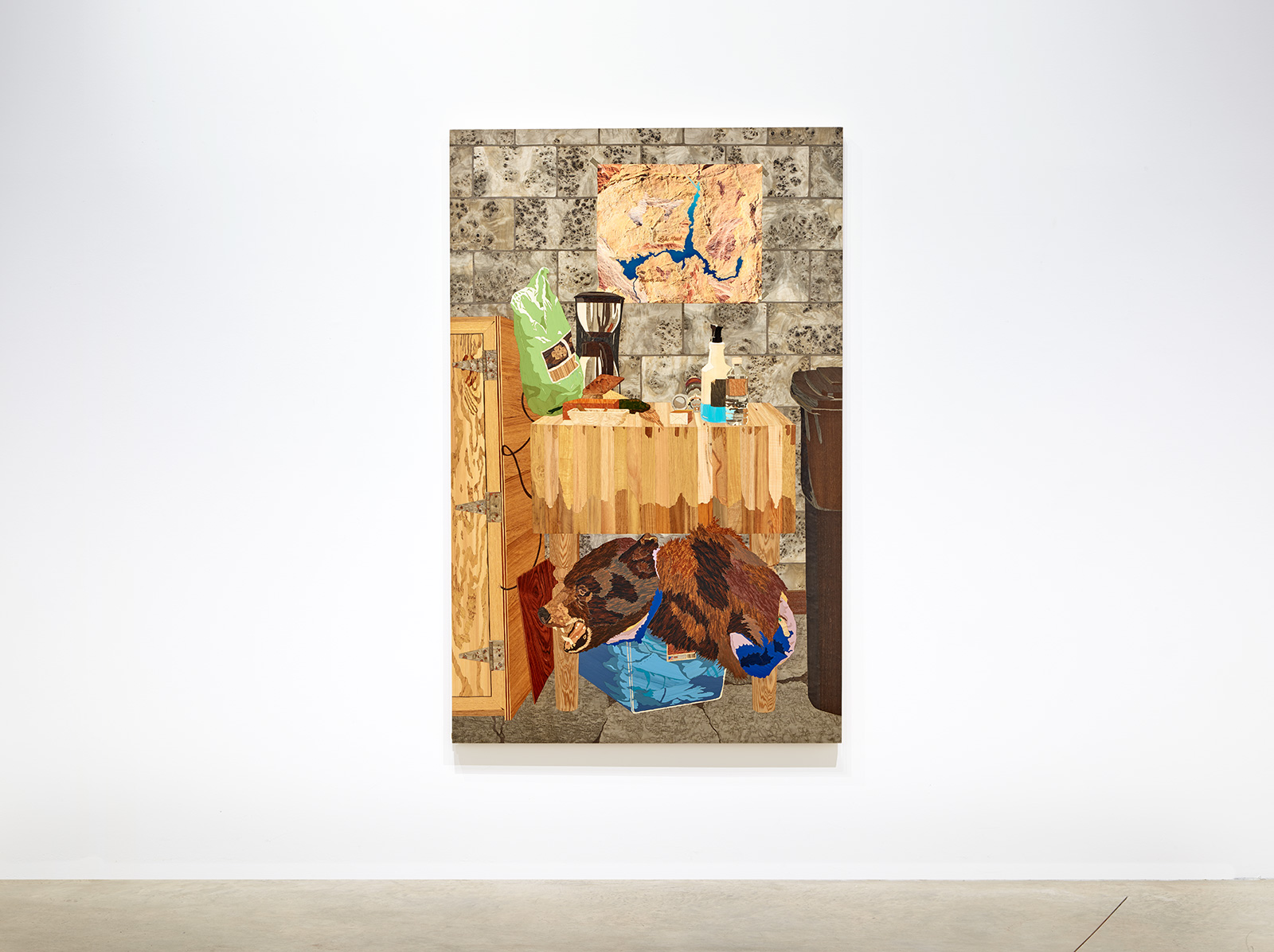 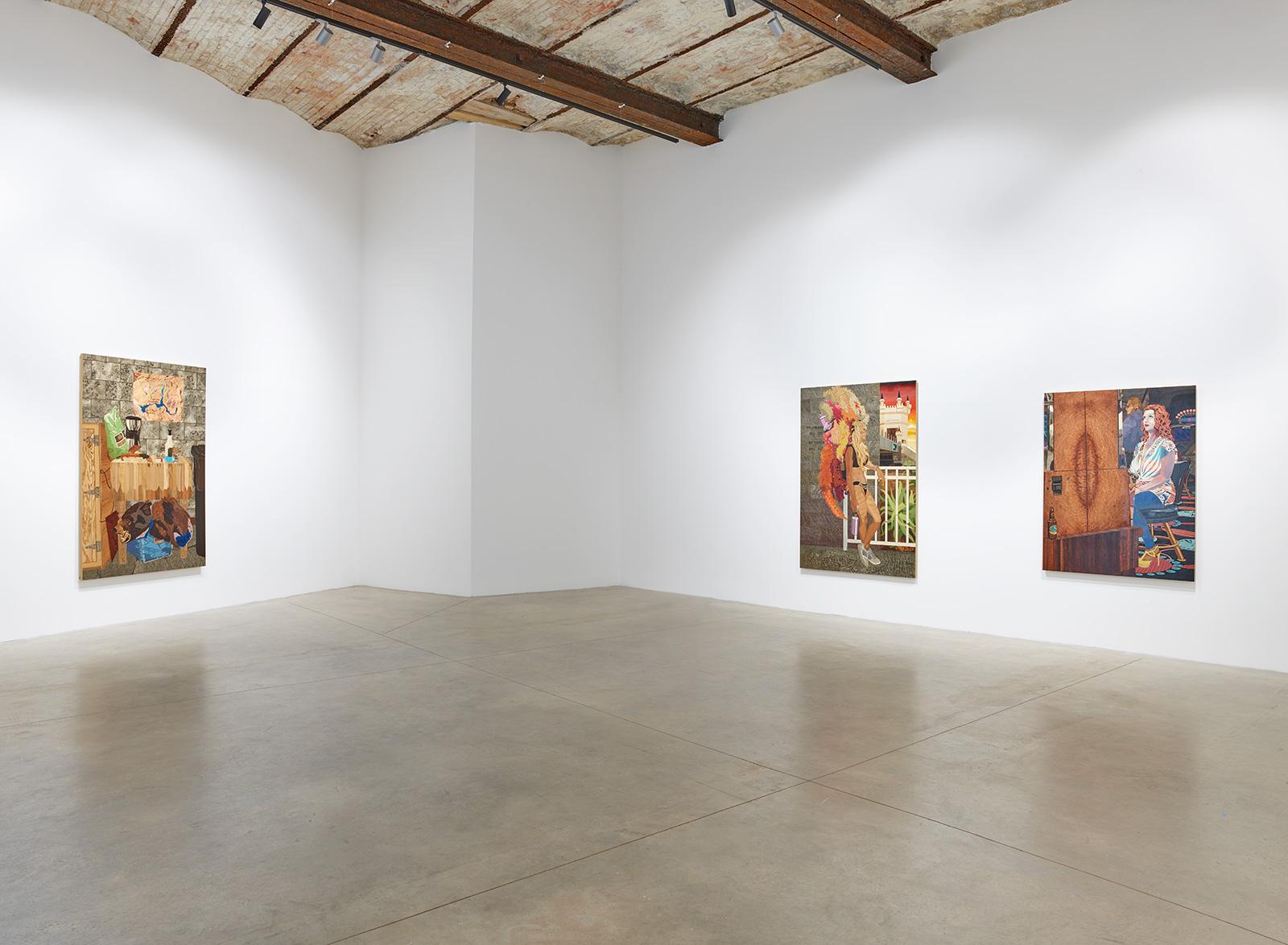 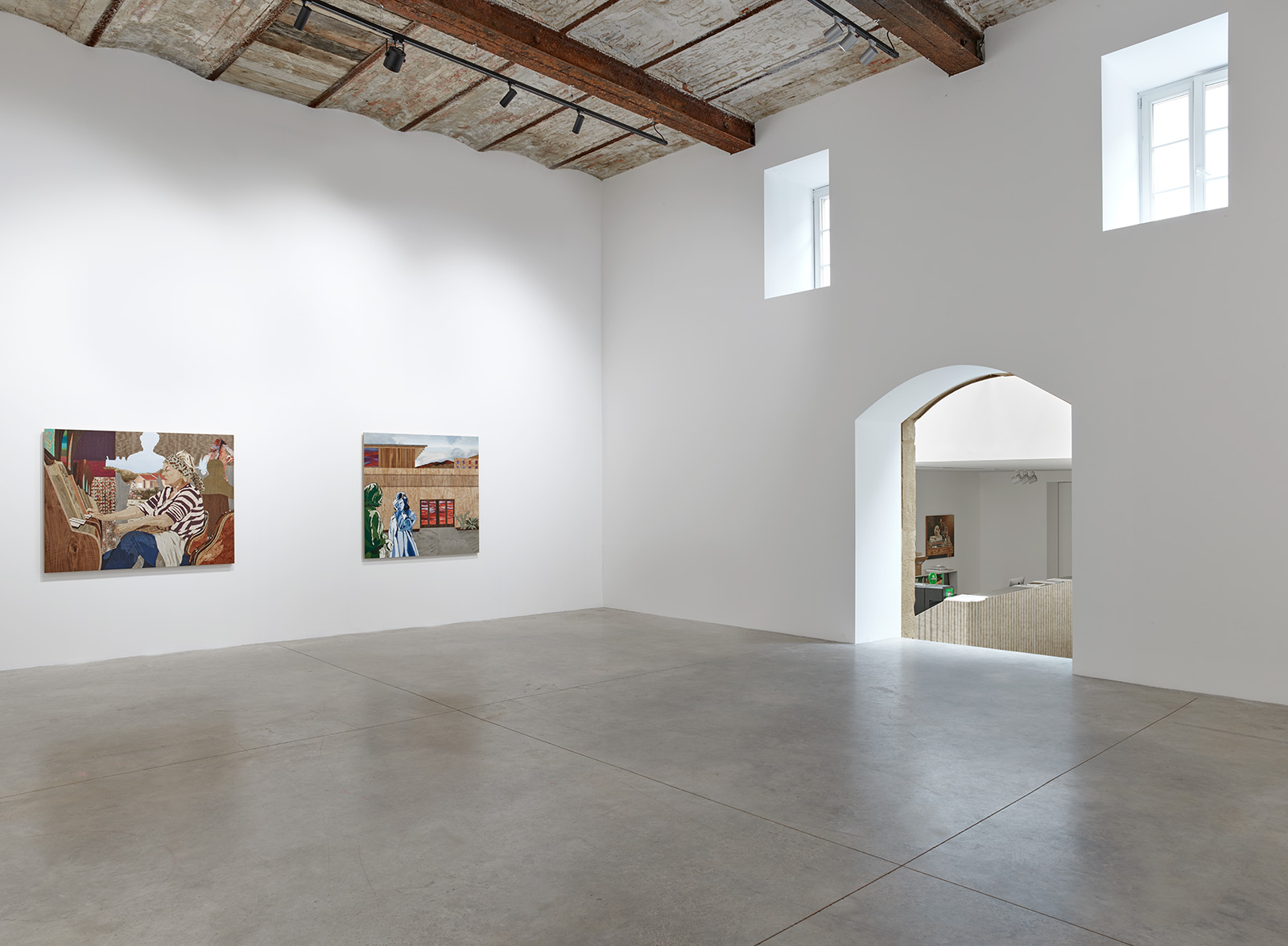 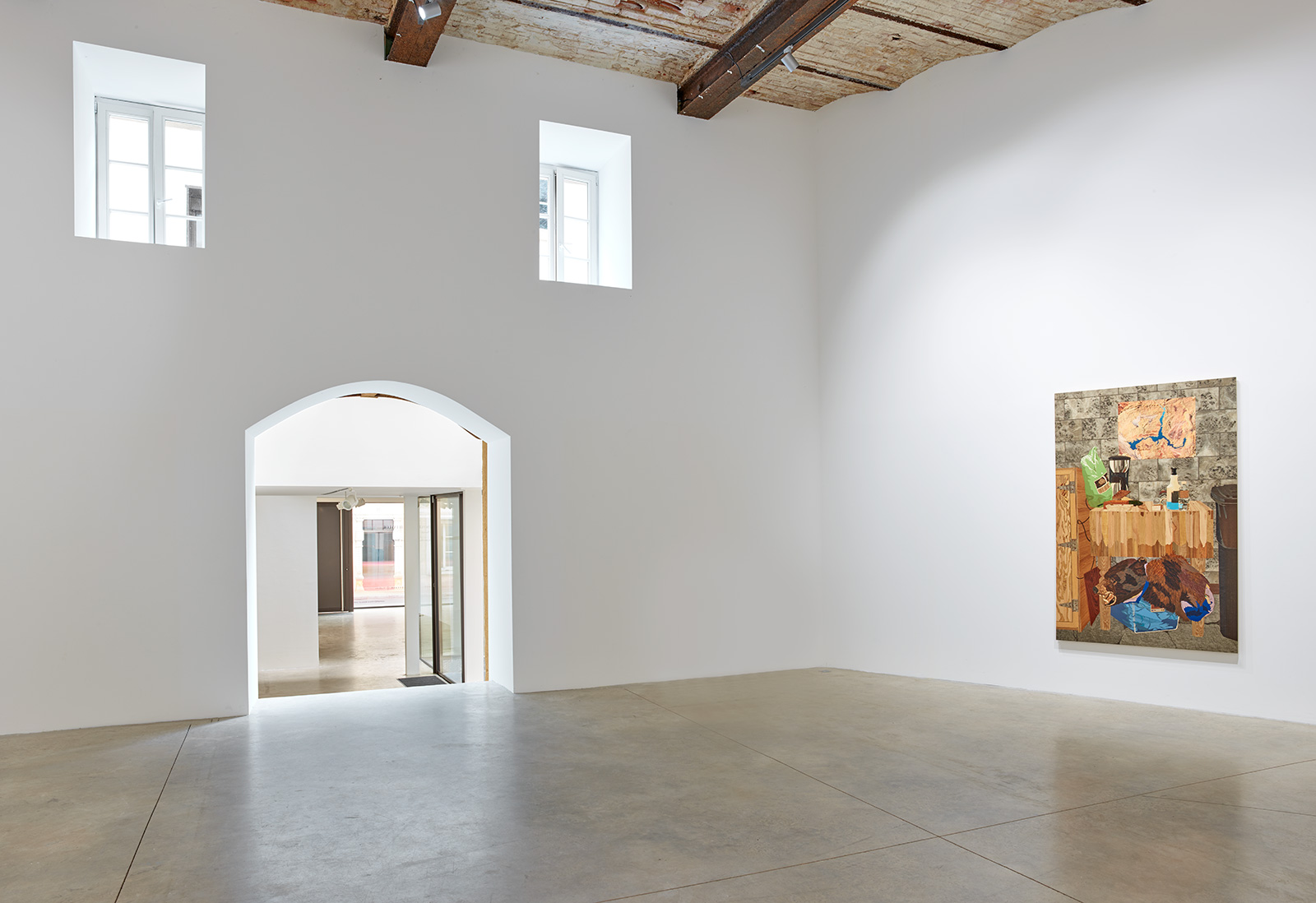 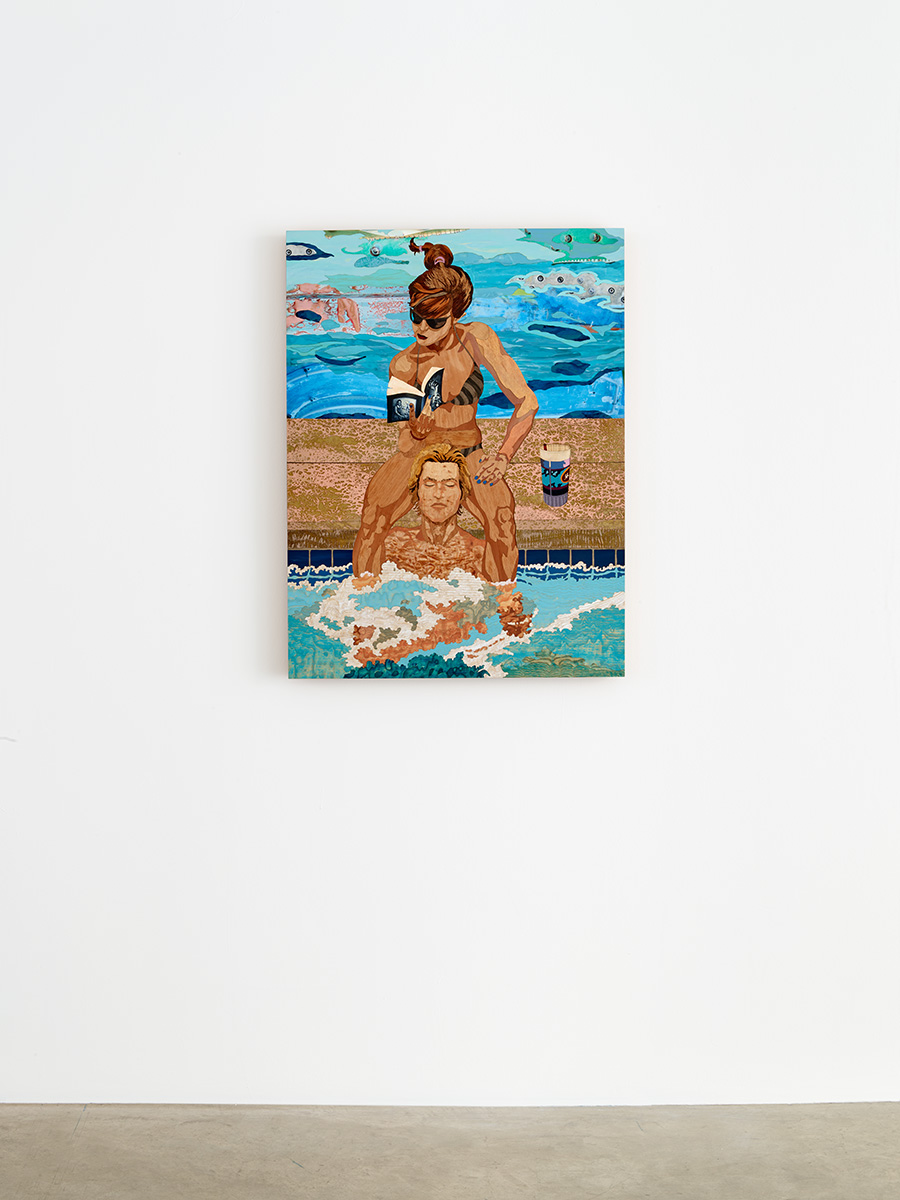 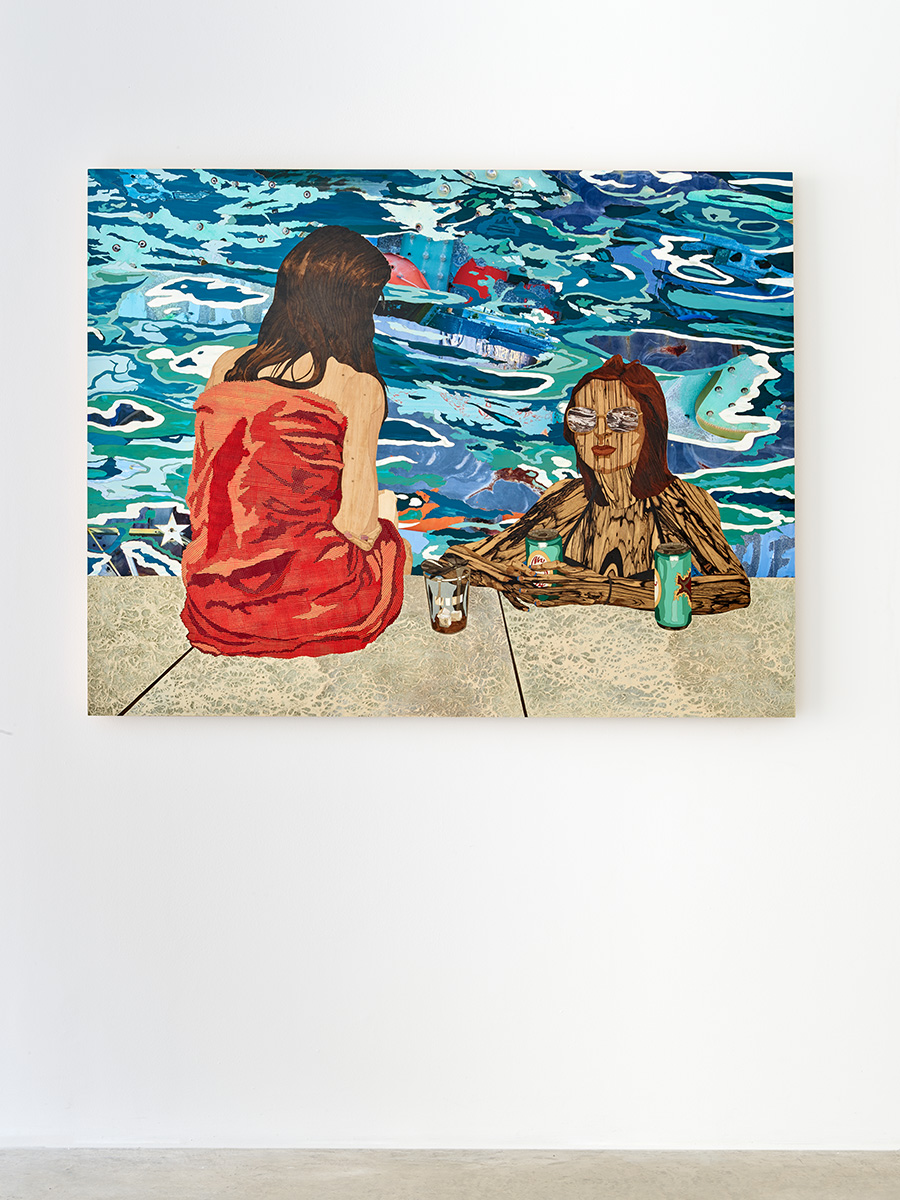 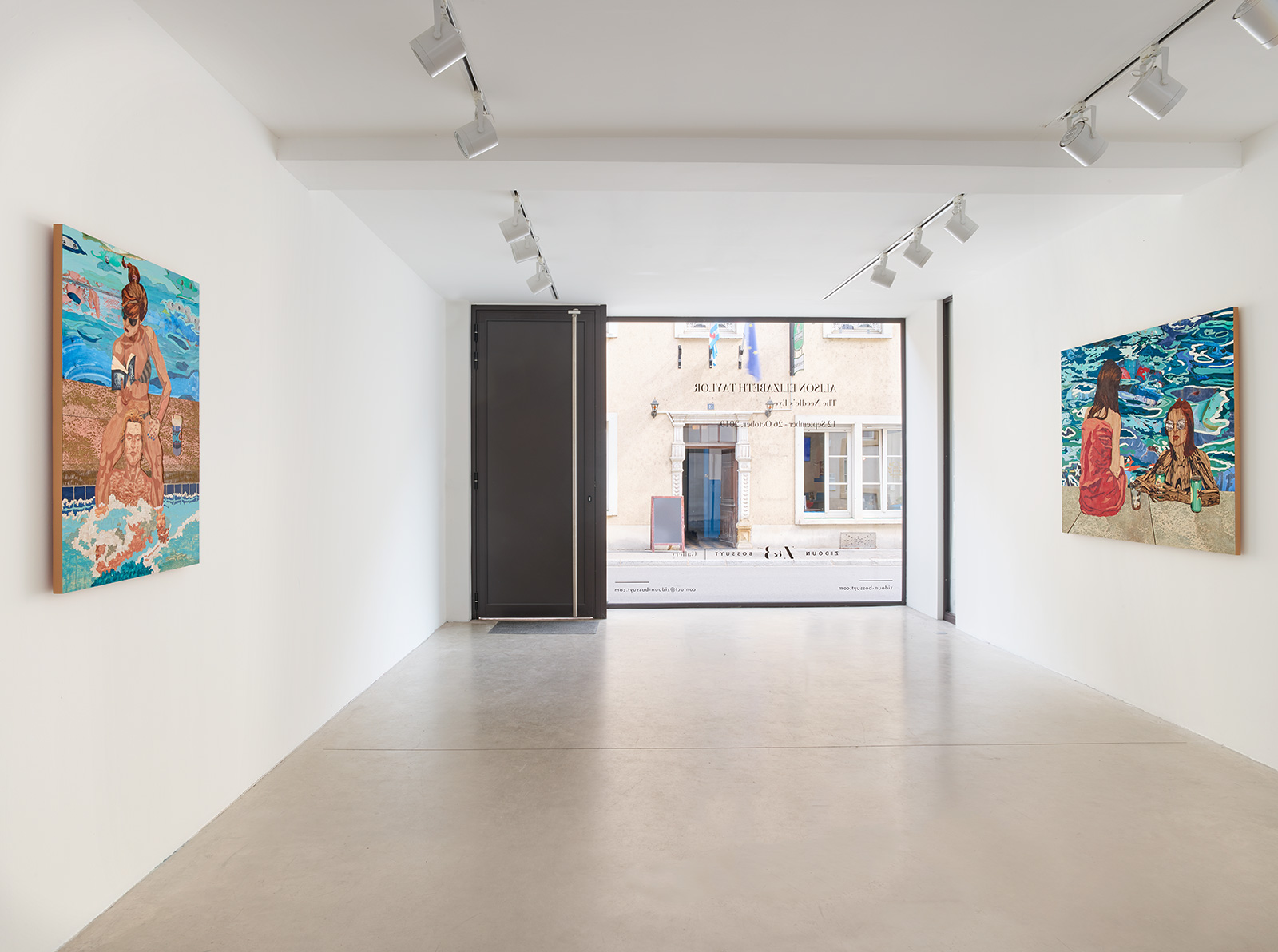 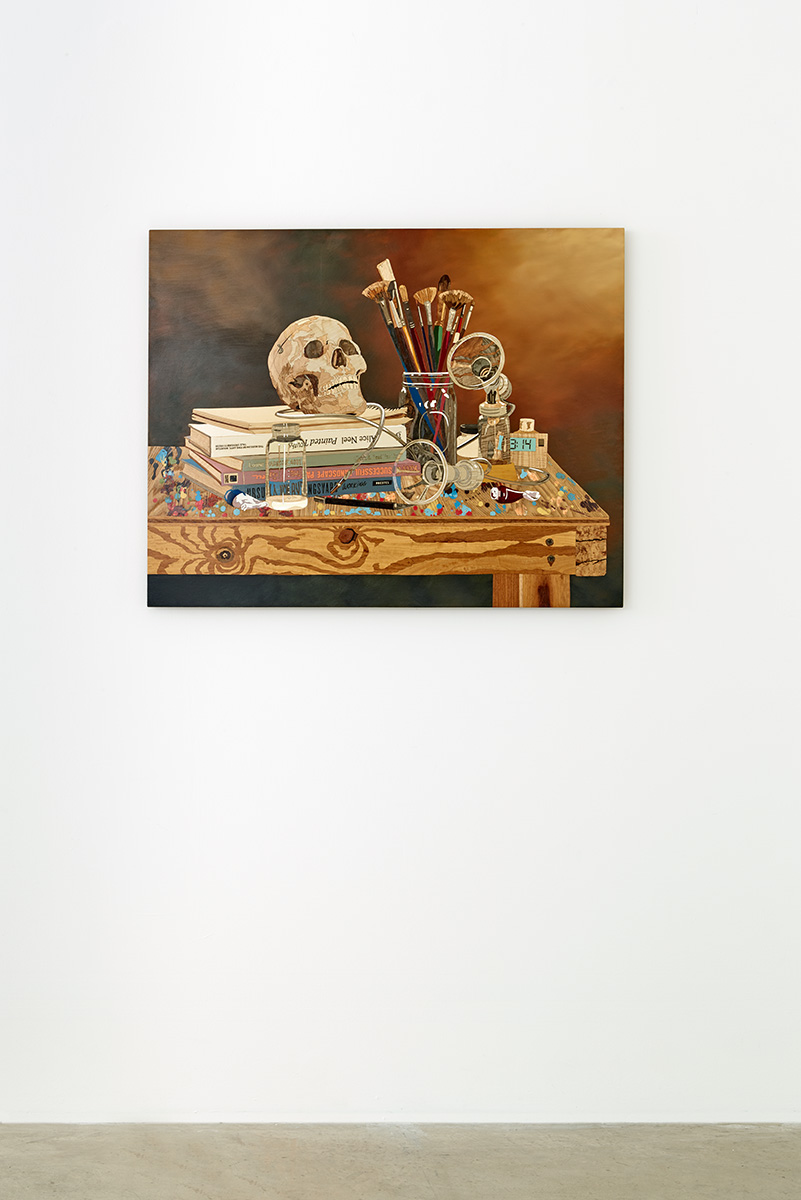 Zidoun-Bossuyt Gallery is please to present the first solo exhibition of Alison Elizabeth Taylor at the gallery : The Needle’s Eye. Alison Elizabeth Taylor has become well known for reinvigorating the Renaissance craft of marquetry. Recently, after working within the boundaries of the limited palette afforded by natural woods, Taylor now combines marquetry and paint in unprecedented ways creating a new perspective on painting. Taylor explains, “What interests me is a new type of surface created by the contrast of the textural qualities of the wood and the depth afforded by the paint. I found this tension was just what I needed to convey the otherworldly feeling I encountered in real life when I observed how nature adapts and mutates to accommodate encounters with the ever-encroaching urban environment.”

Through precise wooden compositions of what she has developed as marquetry hybrid combining wood collage and painting, the artist invites us to contemplate the world she creates.
In what she calls a « Frankensteining » process, she patches different elements from various medias and places to form a new image, a new reality. In the art of patchwork, the needle assembles the many parts of fabrics. As Taylor’s says: “Using the luxurious technique of marquetry (wood inlay) to depict everyday America creates a tension between surface and subject. Using the grain of the wood is like having a tube of paint that makes texture within form. The natural beauty inherent in finished wood draws attention to themes subtle or complex. A viewer can find dual associations with the opulence of Louis XIV and the squalor of wood laminate living. The splendor of the shellacked wood is an invitation to look at subjects the viewer might otherwise ignore.”

The Needle’s Eye could refer to the eye of the artist, and act like a prism, inviting us to look through it to reveal the world the artist created. In the works, marquetry, a medium typically associated with wealth and power, is used to portray dystopian scenes of everyday life in and around her hometown of Las Vegas. As Taylor explains, “ My work casts a critical and compassionate eye across the breadth of the contemporary American experience, from the poolside loungers to the scavengers, gamblers, and economic misfits of late American capitalism who inhabit it.” In these new works, the artist’s objective is to take the medium beyond its traditions, and use it to create a dialogue between history, technique and aesthetics about modern life. »

Taylor’s works include references as varied as Thomas Eakins’ photographs of his students, Edouard Manet and Henri de Toulouse-Lautrec visiting the Folies Bergère, Otto Dix, Christian Schad and George Grosz.
Still Life with Breast Pump comes from the artist’s fascination for the use of still life in painting history to describe an experience or an idea. The artist represents the ordinary and fleeting moments of balancing the obligations of motherhood with the artist’s drive to create. Female friendship and the casual society of women is the subject of What’s In It For the Snake? Two women relax next to flickering shapes of light on water. Sam’s Town depicts a woman at a local’s casino escaping worries and earning free drinks from the circling cocktail waiters in pursuit of a payout. Jolene pursues a fantasy of hitting it big while killing time. Observing a woman and man in its public intimacy at a swimming pool in The Monster’s Lover. For The Commons, desert modernism of the architecture is back dropped by a painterly and emotional sky. In Your Eyes are Open But You Don’t See Very Far, the aerial shot of Lake Mead in Nevada comes from NASA’s website, it shows the declining water levels due to years of sustained drought; “the bathtub ring” as locals call it.
Fire Science depicts a woman met by the artist on the Vegas street taking photos with tourists for 20 dollars. She was new to Vegas – coming from the North – and the sun and heat were taking their toll on her. The artist reimagined her in a moment of respite, out of the sun.

Alison Elizabeth Taylor was born in 1972 in Selma, AL and lives and works in Brooklyn. She was raised in Las Vegas, Nevada and received her M.F.A. from Columbia University, Graduate School of the Arts in 2005. Her recent solo shows include : Musée Historique, Château de Nyon, Swizterland (2015), Surface Value, Des Moines Art Center, IA (2011), Un/inhabited at SCAD, College of Art and Design, Savannah, GA (2010), the College of Wooster Art Museum, OH