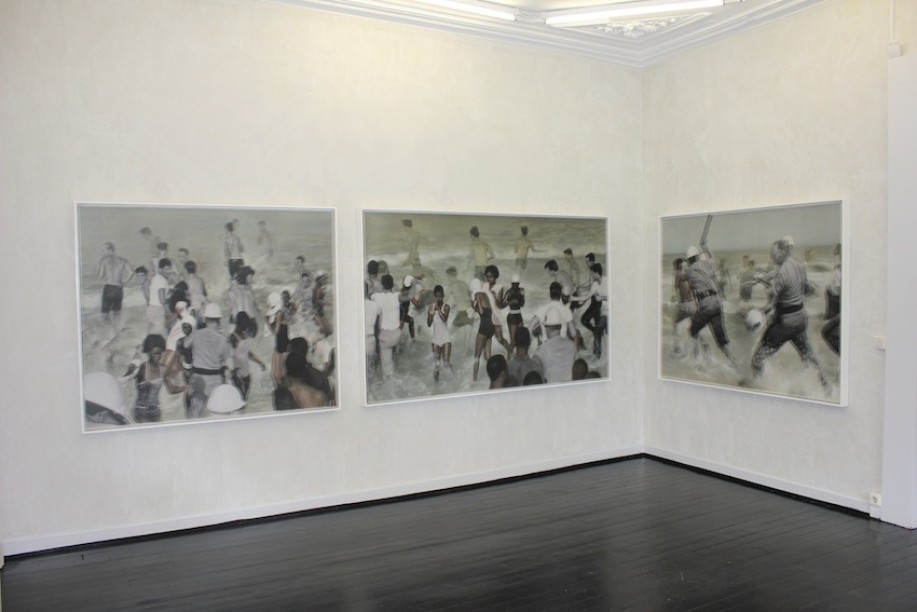 Wade in the Water

Preview on Thursday July 5, 2012 from 6pm in presence of the artist Bradley & Jacqueline McCALLUM & TARRY. 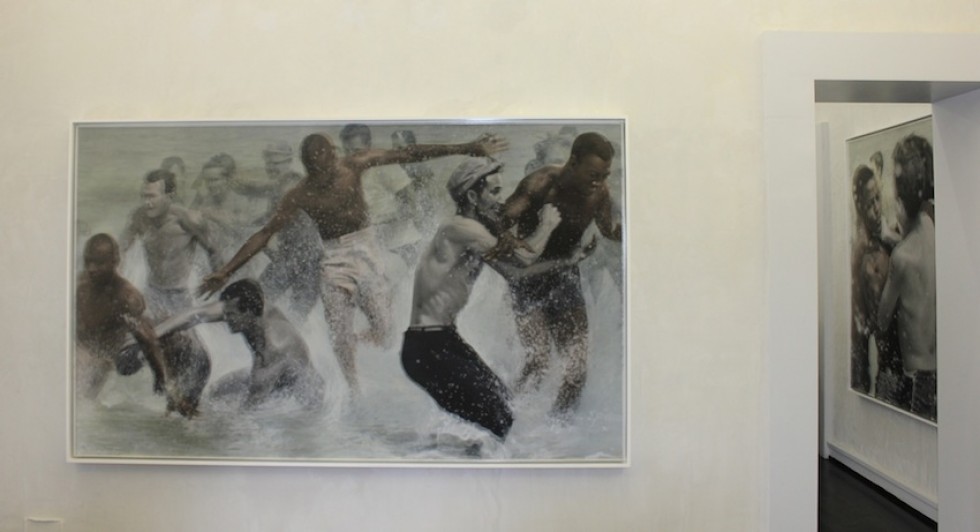 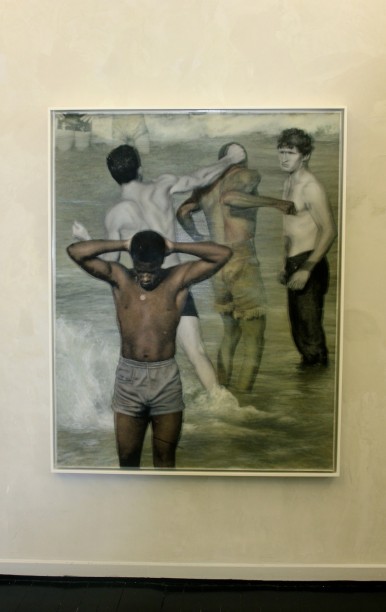 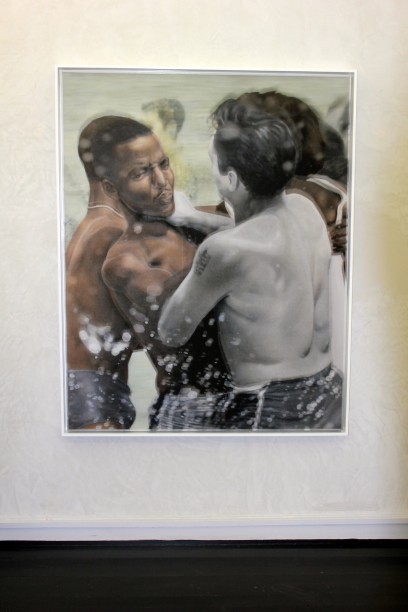 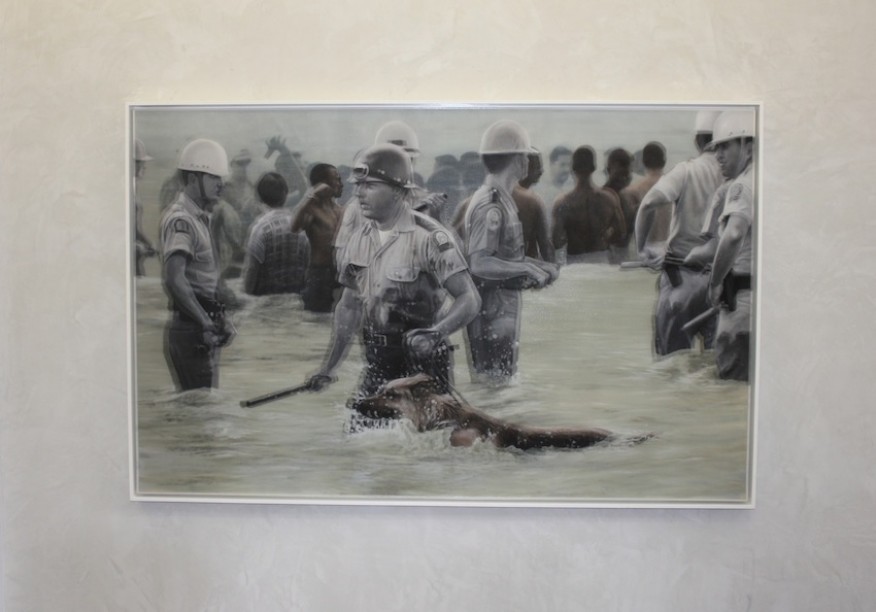 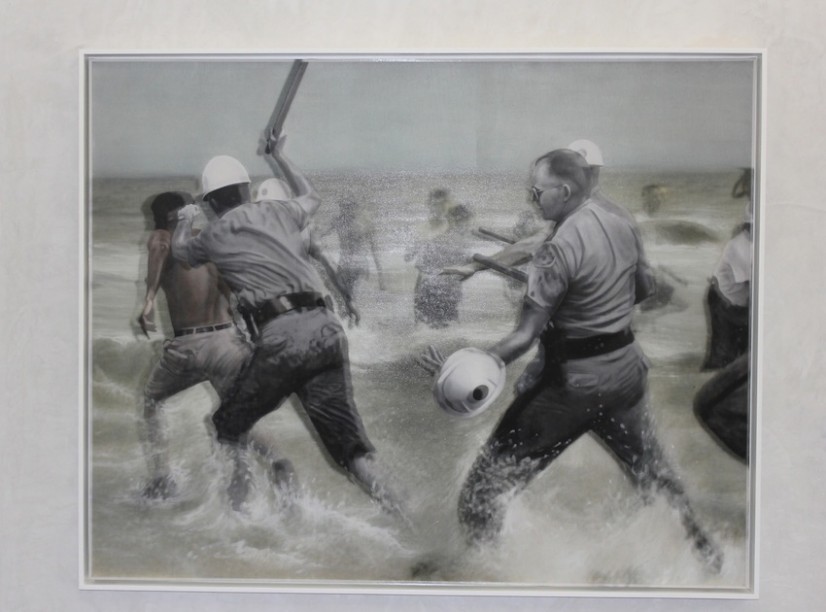 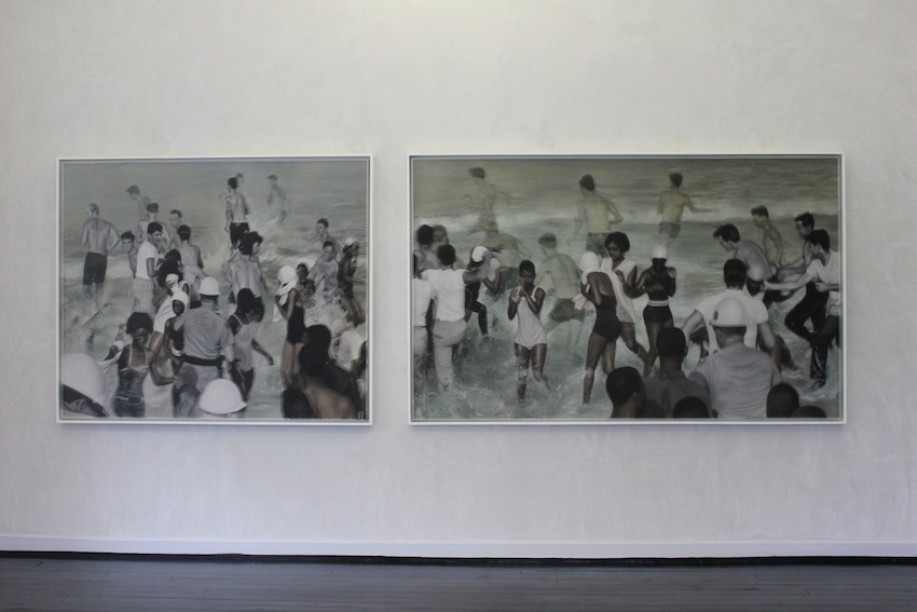 St. Augustine, Florida, is the oldest city in the United States, and until 1964, one of the most segregated. Many of its residents were politically active during the Civil Rights Movement under the leadership of Dr. Robert B. Hayling, a local dentist. He initiated the protest actions that eventually ended discrimination in the old city. In 1963, Hayling organized campaigns against local segregated public facilities catering to tourists.

In early June, Dr. Martin Luther King, Jr., came to St. Augustine and took part in a sit-in at the Monson’s Motor Lodge, making St. Augustine the only place in Florida where he was arrested. That same month, the SCLC (Southern Christian Leadership Conference, civil-rights organization founded in 1957 by Martin Luther King Jr.) arranged for baseball star Jackie Robinson to address a civil rights rally in Lincolnville. The publicity surrounding these and other events hastened Congress’ passage of the Civil Rights Act on June 20, 1964.

Local segregationists initially refused to comply with the new Act. For example, when Monson’s manager noticed African Americans in the motel swimming pool, he drained the pool and stationed guards around it to prevent African American to swim in the pool again. Angry white mobs as well as local police also beat “wade-in” demonstrators at local beaches.

The archives that inspire this new series of works from Bradley McCallum & Jacqueline Tarry are taken from the Buffalo State College Archives and recount one of these « forbidden » swimming that was interrupted by local policemen, who came to drag all the African Americans out of the water, by force.

Wade In The Water is a title that is conceptually tight on different levels. The arstis also refers to a famous Black song of freedom.

Supposedly, Harriet Tubman sang this spiritual as a warning to runaway slaves. To escaping slaves, the song told them to abandon the path and move into the water. By traveling along the water¹s edge or across a body of water, the slaves would throw chasing dogs and their keepers off the scent. This song also references healing through water. It is sung at baptisms, and these images, taken from archives, are a metaphorical baptism. The surf stirred up by the fighting protesters evokes the “trouble the water” of the song.

The end of segregation in St. Augustine demonstrated that even the most closed communities could not uphold segregation in the face of determined resistance.