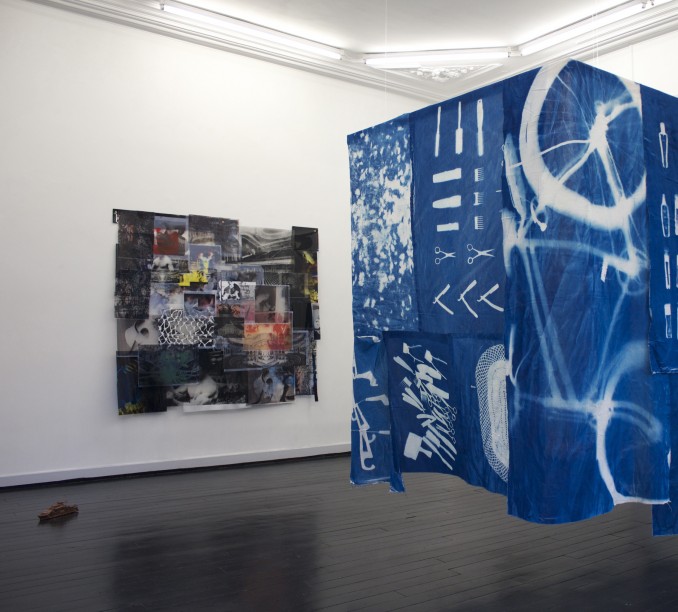 Preview on Thursday January 23, 2014 from 6pm, in presence of the artist Yeni MAO. 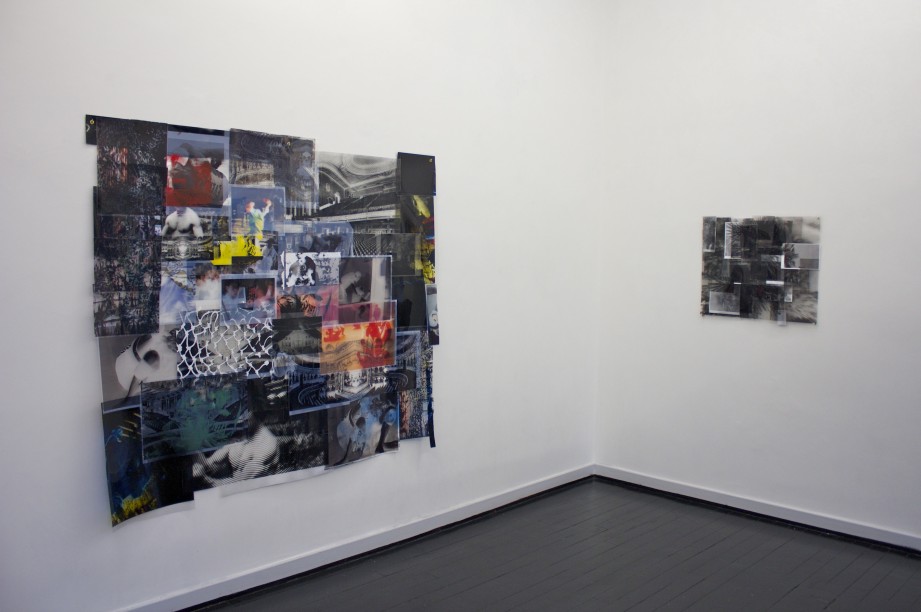 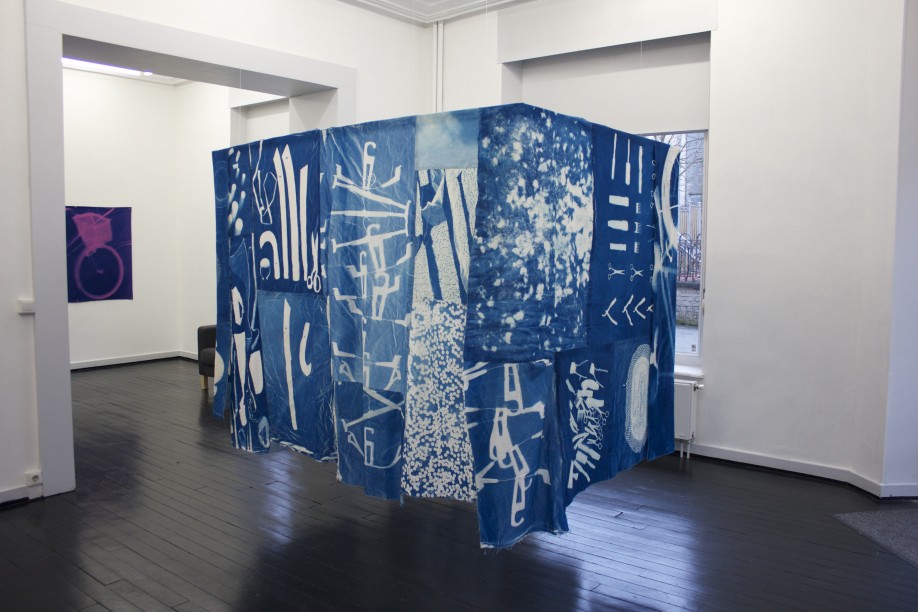 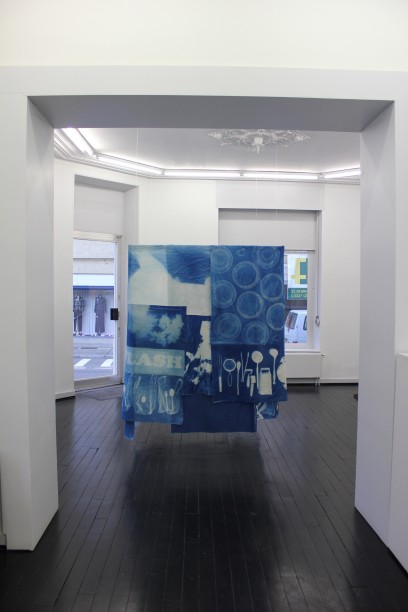 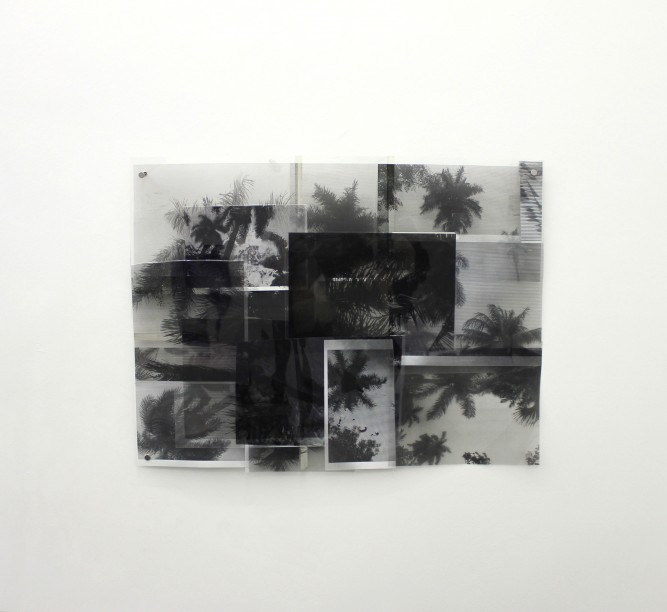 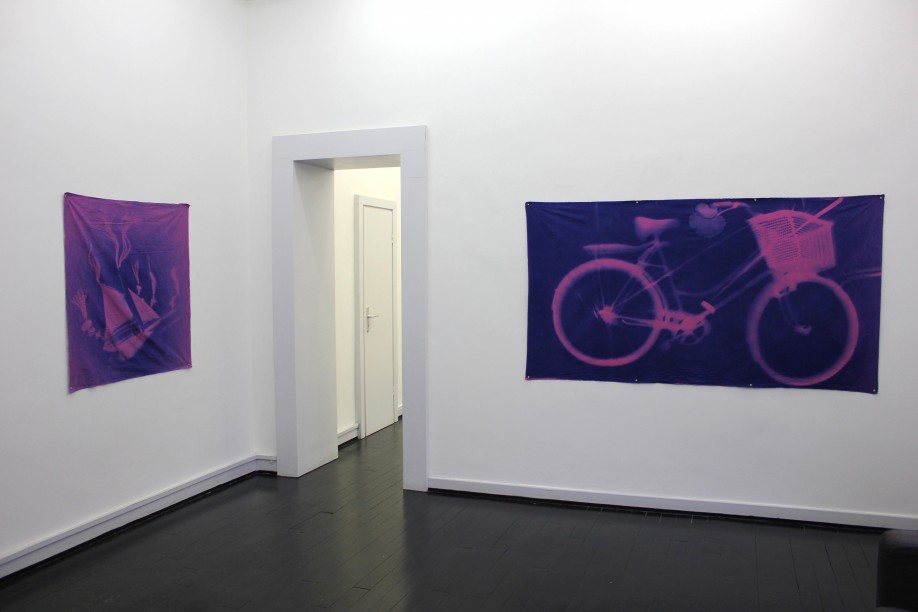 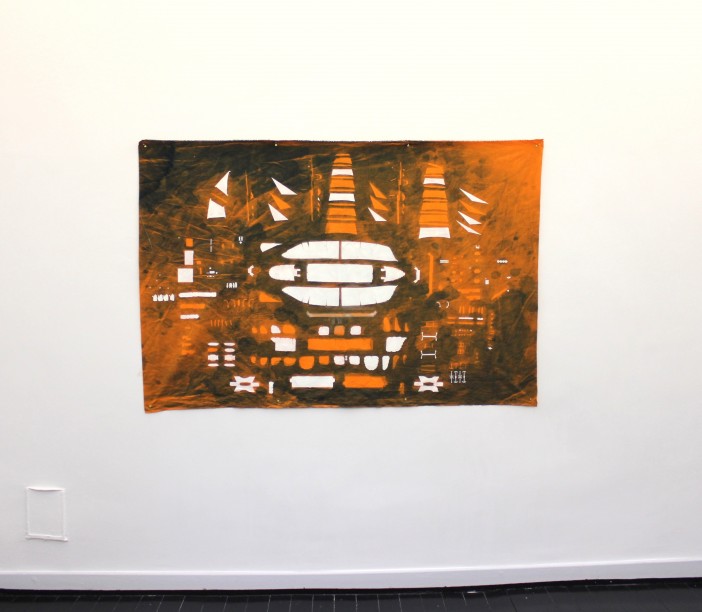 Zidoun-Bossuyt is pleased to announce Whiskey Papa, the first solo exhibition Yeni Mao at the gallery. The artist will show three bodies of recent work, made in three different geographic location: Miami, Izmir and Amsterdam. Through photograms, collage, sculpture, and video, Mao explores the significance of these cities as points of international transcience.

Made during his residency in Miami, the Jungle collages use both appropriated media imagery and original photography. Mao uses opacity and transparency to reconstruct our perception of the chaos and exoticism that the jungle represents in western literature and media.

1725 Sokak, No. 43 is an installation produced and exhibited on site at Flash Atoÿle in Izmir, Turkey.
Mao worked with four vendors in the passage, creating an archive of their individual goods with photogram impressions. The archive was assembled into a floating cube. Each side represented the vendors in that direction. The piece is an architectural construction operating as a direct reflection of the passage itself.

1725 Sokak, No. 43 corresponds to the address of the Sirribey Pasaji in Izmir because it is a reading on and a reflection of its interior on many levels. The work itself is not only an imprint of the passage metaphorically but also literally. The sunlight is the major agent that rendered the negative images of the goods and ustensiles borrowed from the four vendors- the tailor, the perfume/ tobacco shop, the barber and the café.

The light-sensitive textiles were laid under the skylight with these objects on them until the photographic images were created. Draping down the frame, the display of objects are fleeting and yet permanent, literal and yet symbolic. These photograms are “hieroglyphics”. While we can read the photograms and connect them to the specific vendors, we can also position them in the passage based on the orientation of each drape.

This exhibition also presents works from the project Batavia. Batavia was completed in response to the Bijlmer neighborhood of Amsterdam. It explores the interaction of two historical events: the establishment of Batavia, Indonesia by the VOC as the Dutch Colonial center of Asia, and the “Bijlmerramp”, the 1992 plane crash of a flight carrying a load of chemical weapon ingredients into the Bijlmer suburb of Amsterdam. These events illustrate the interconnection of progress, catastrophe, and utopia, particularly in a post-colonial context. At the core of this body of work is Whiskey Papa, a video of a model boat burning, overlaid with the Air Traffic Control recording of El Al flight 1862. Destroyer and Fata Morgana use the photo-impressions of the boat model parts.

Yeni Mao lives and works in New York. Born in Canada in 1971 he studied at The School of The Art Institute of Chicago. His exhibitions include Collette Blanchard Gallery, Allegra LaViola/Invisible Exports, Mills Gallery in Boston, University of Maryland, Andrew Edlin Gallery, Rush Arts, ROM for kunst og arkitektur, and the Shang Element Contemporary Art Museum. Residencies include Red Gate Gallery in Beijing, The Fountainhead Residency in Miami and OAZO-AIR in Amsterdam.