Jayson Scott Musson at MUDAM for the 25 years of the collection I until April 18, 2022 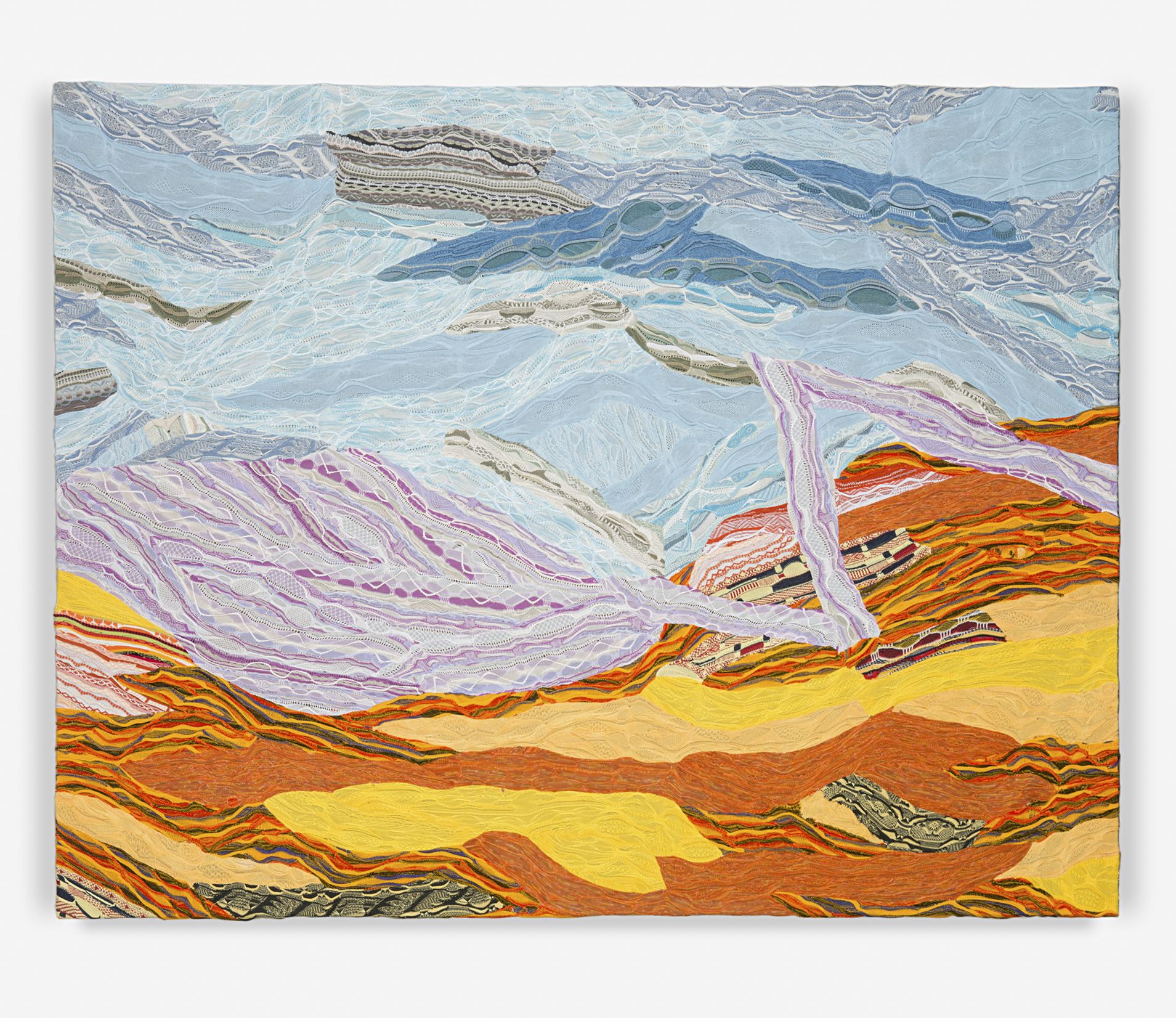 Jayson Scott Musson at MUDAM for the 25 years of the collection I until April 18, 2022

The Last Painting, Again (2015) forms part of a series in which Jayson Scott Musson (b. 1973, New York) turned to an unexpected material to create what appears to be abstract expressionist painting. He unravelled multiple woollen pullovers to obtain the yarn that simulates thick layers of paint on the canvas, thus undermining the representation of a conventional landscape subject to create hybrid pieces – somewhere between painting and decorative art. Musson’s chosen brand of sweater, Coogi, has the appeal of its signature multicolour knit, but he also endows it with symbolic weight, adopting it as indicative of generational values, Coogi being at once considered hip by teenagers, but also a symbol of success among African Americans in the 1980s and 1990s. Worn by actors on the television series The Cosby Show, and endorsed by some prominent rappers, Musson points to the commercial exploitation of Black cultural aspirations within consumer culture.