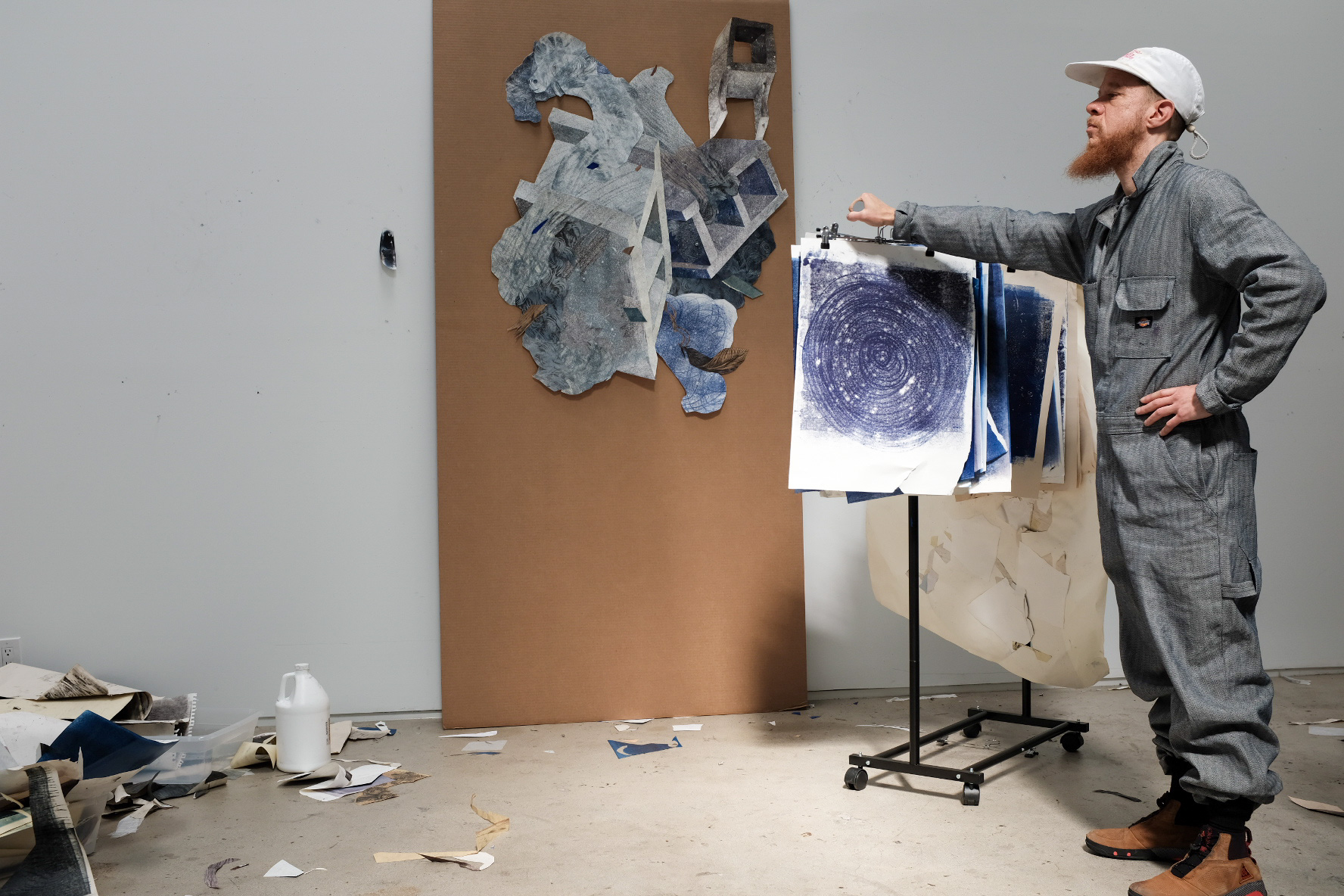 Yashua Klos’ work was featured in the group exhibition “Summertime” at Zidoun-Bossuyt from 29th May – 24th July 2021.

Yashua Klos explores issues of identity through the lenses of mythical blackness. His formal construction of disparate collaged images mirrors the constant fracturing and reconciliation of blackness, masculinity and family structures within the black urban environment. Yashua Klos sees collage itself, as a medium, as a metaphor for the fragmentation of African American identity. The artist also references the larger ideas of ancestry, mythology and cosmology. His constructions lead one into an imaginary landscape, at once ancient and futuristic, classic and sci-fi, where identity is both in question and shockingly evident. This physical complexity echoes the psychological ambiguities that comprise Klos’ subject. Perhaps a sculptor at heart, he transforms his two-dimensional collages into three-dimensional illusions, works that are at once flat on the wall and appear built out, more like sculptural reliefs. 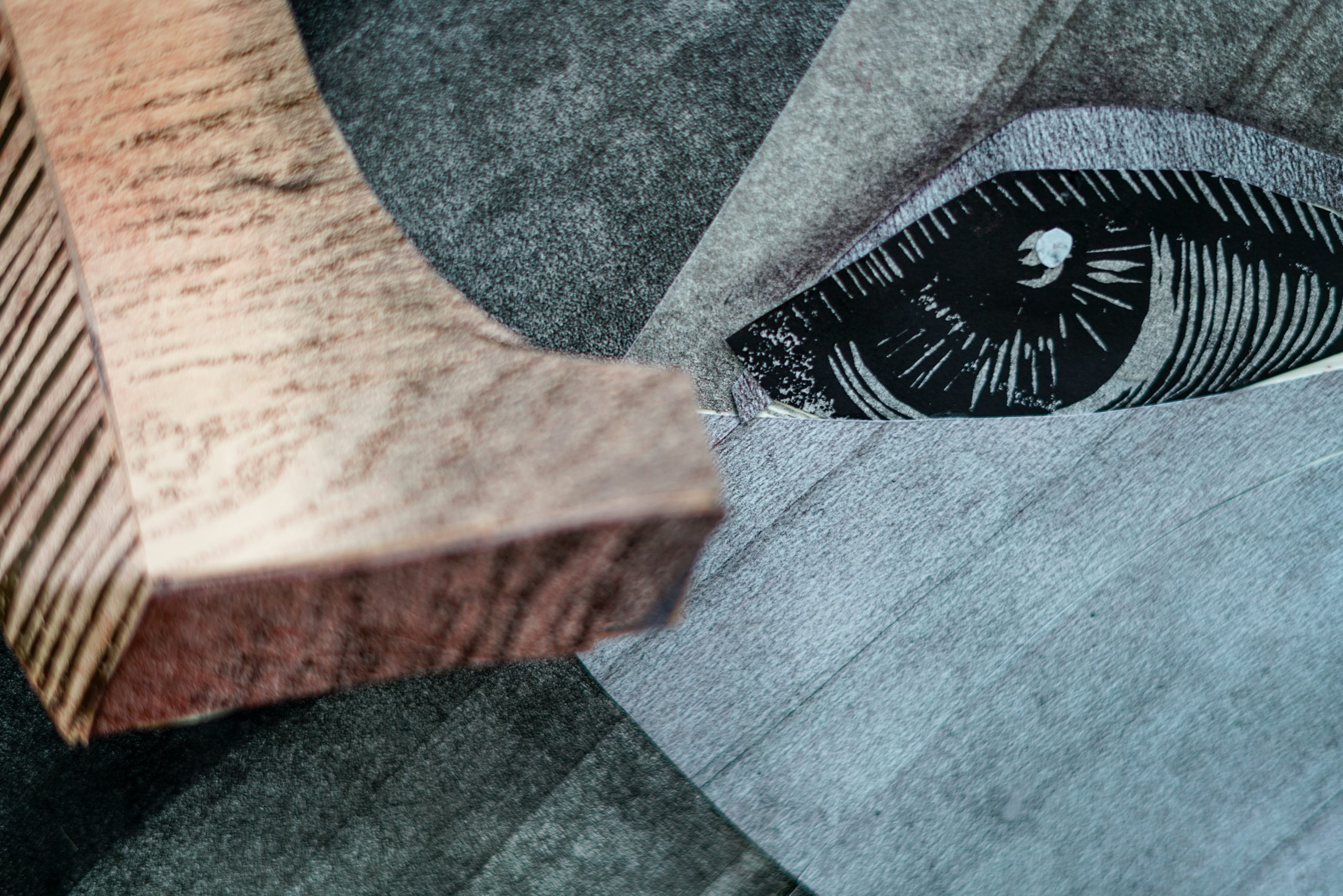 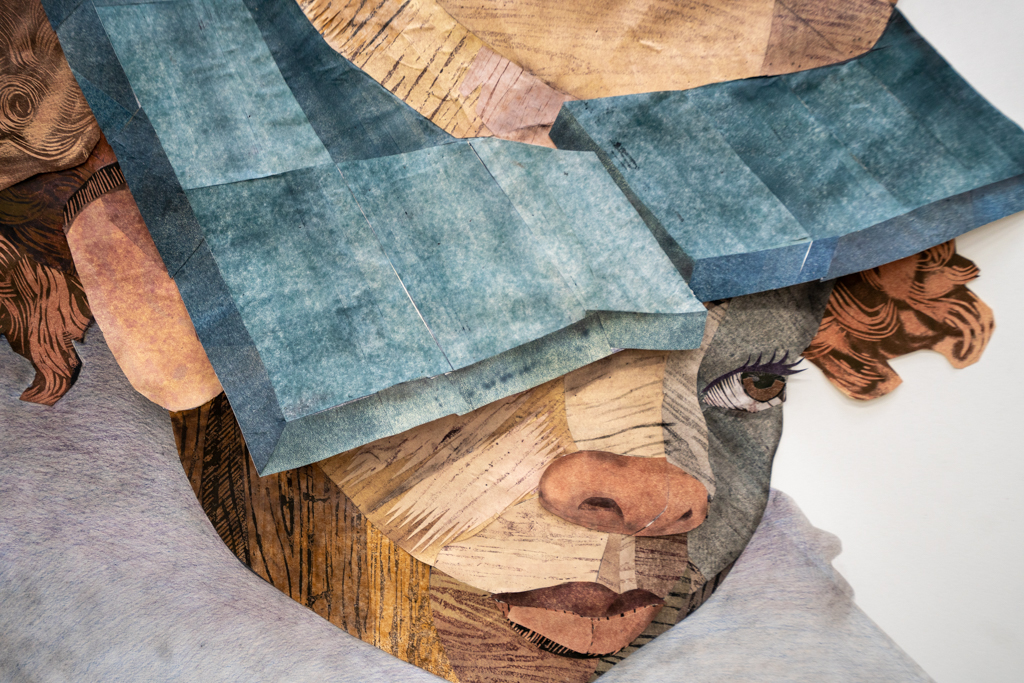 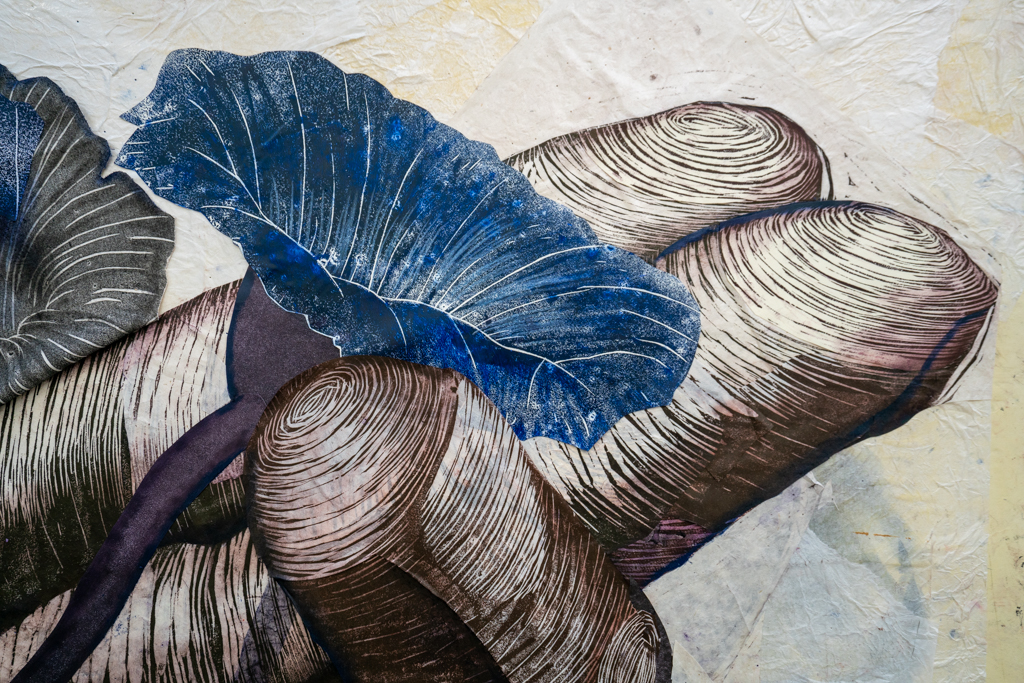 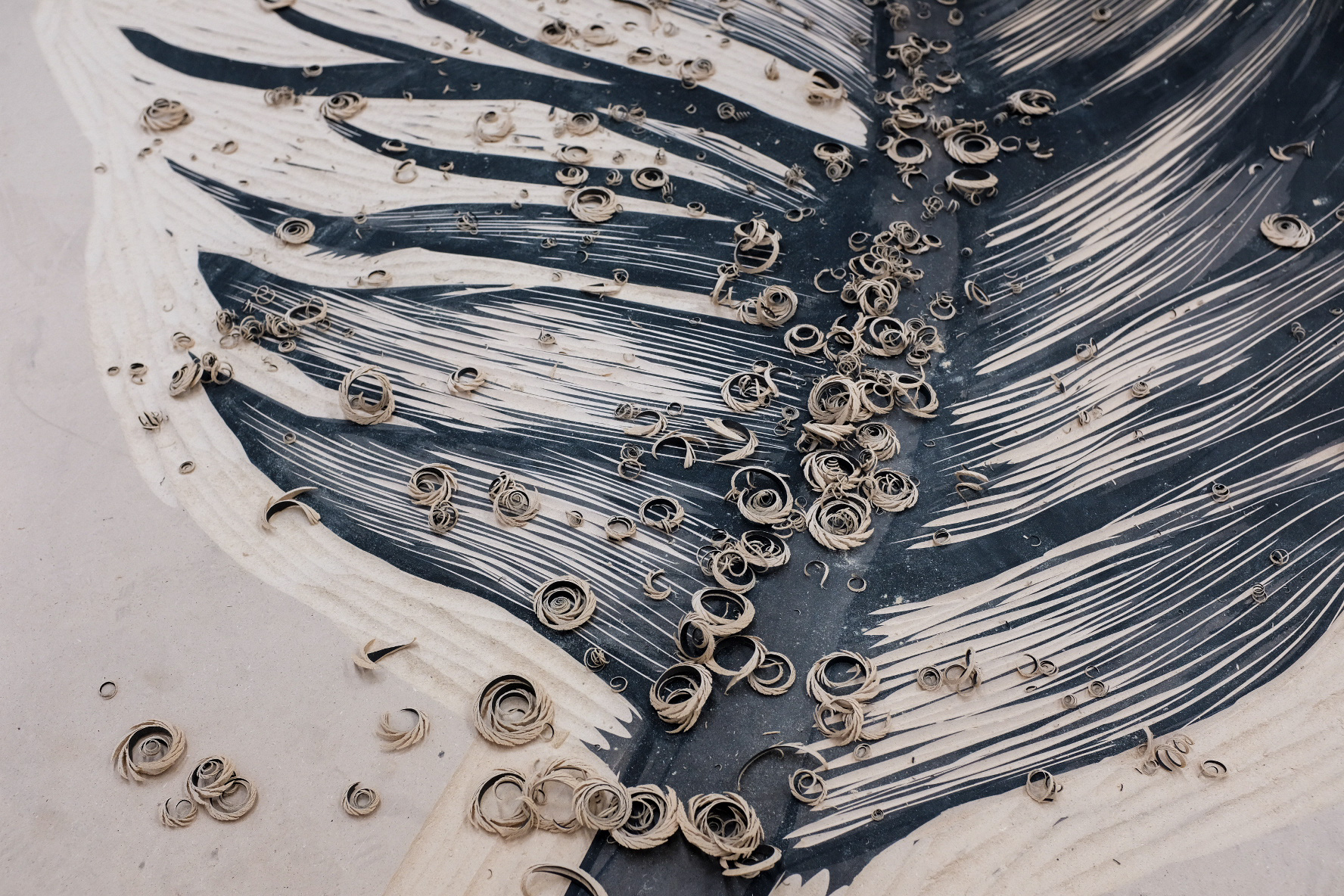 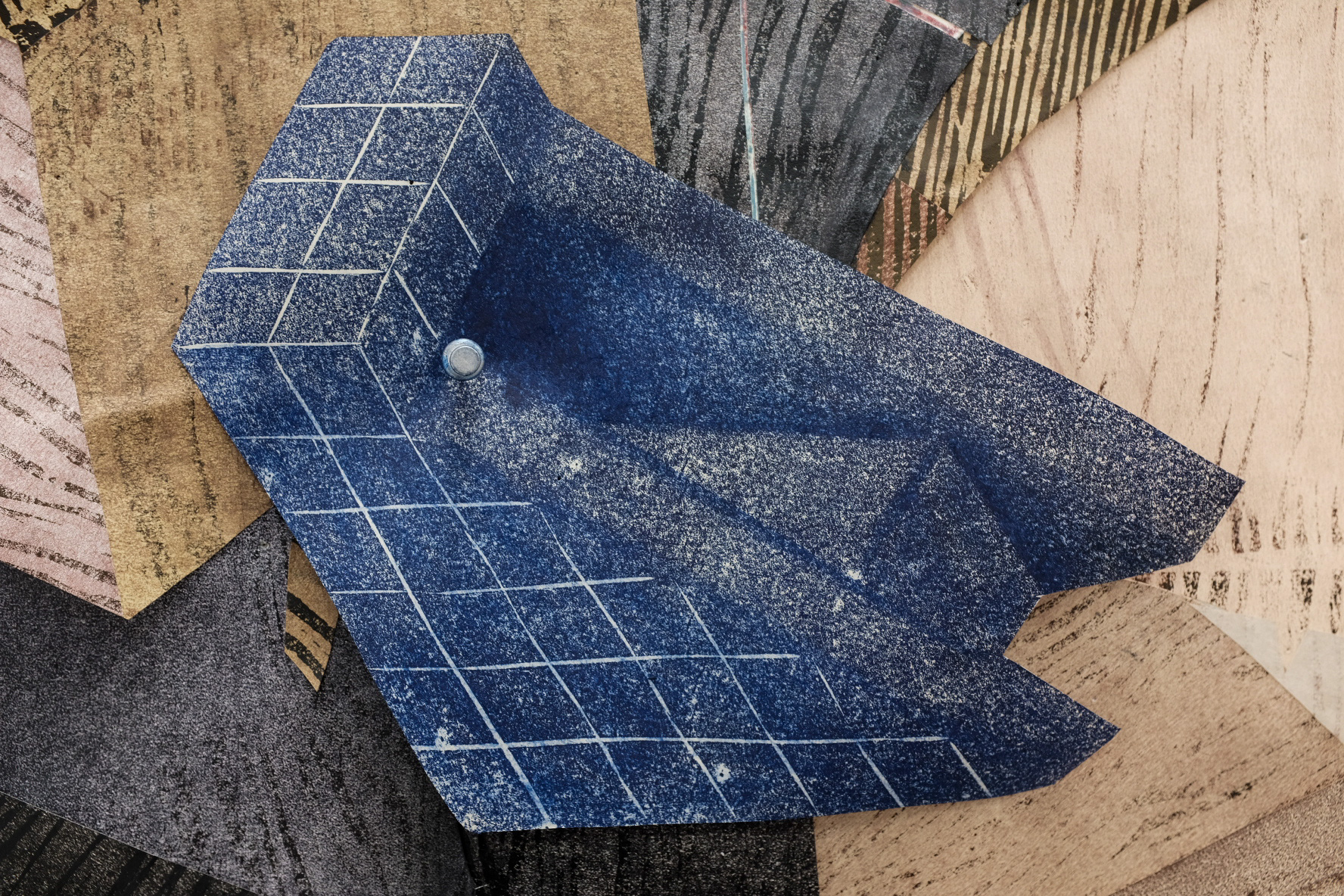 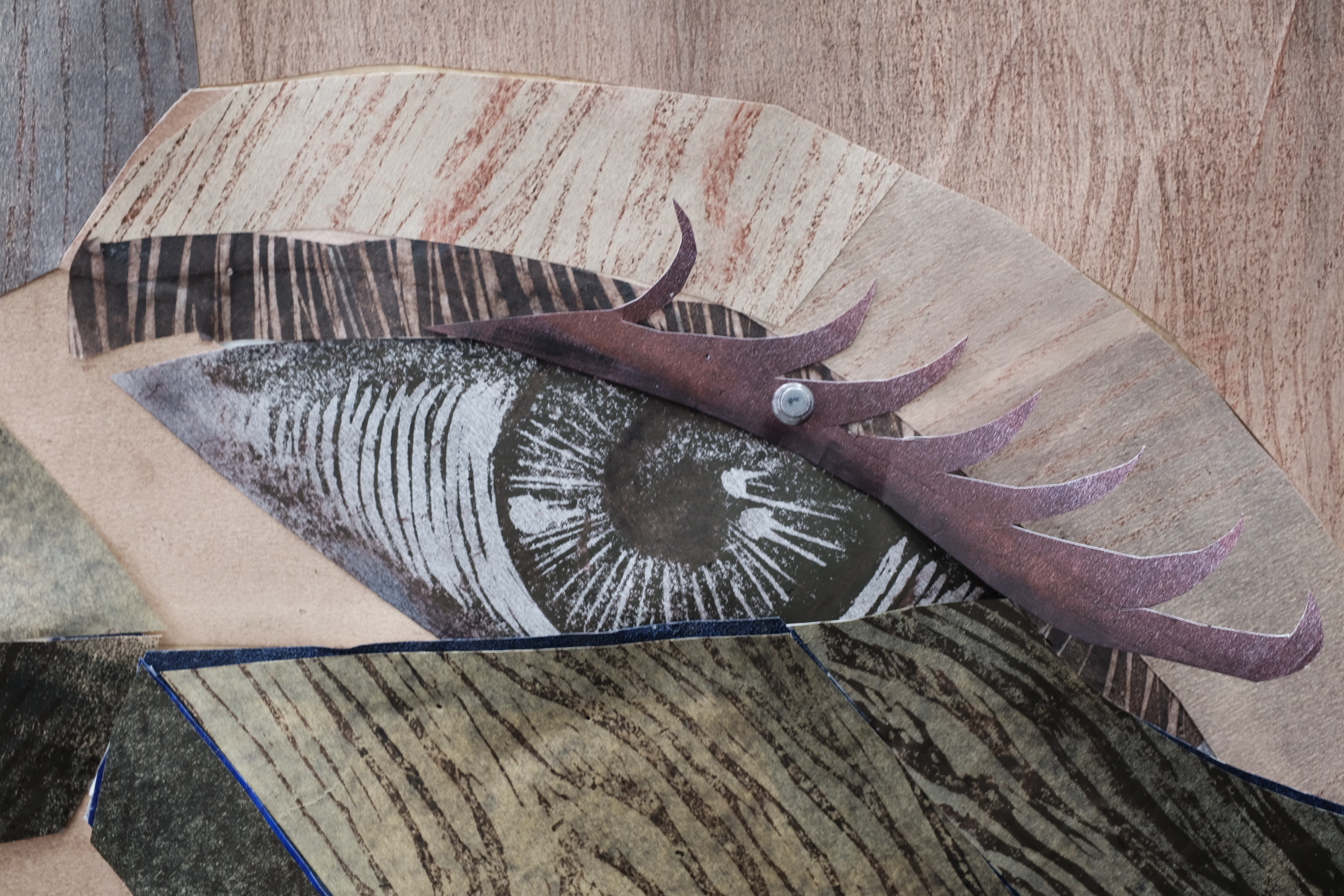 Yashua Klos was born in 1977 in Chicago, Illinois and lives and works in Los Angeles, California. He is a visual artist who employs a unique process of collaging his own woodblock printed textures to engage ideas about Blackness as an adaptive material for survival strategies. Klos’ work have been shown in museums and galleries across the states and internationally, including the Studio Museum of Harlem and the Weatherspoon Museum in 2012, WHATIFTHEWORLD in Johannesburg in 2017, Tilton Gallery, New York City in 2013 and 2017, and UTA Artist Space in Los Angeles in 2021. Klos’ first solo museum show is in 2022 at the Wellin Museum in Clinton New York. His works have been reviewed in The New York Times, and he’s been awarded residencies at Skowhegan, The Vermont Studio Center, and Bemis. Yashua Klos is the recipient of a Joan Mitchell Fellowship and a NYFA grant.