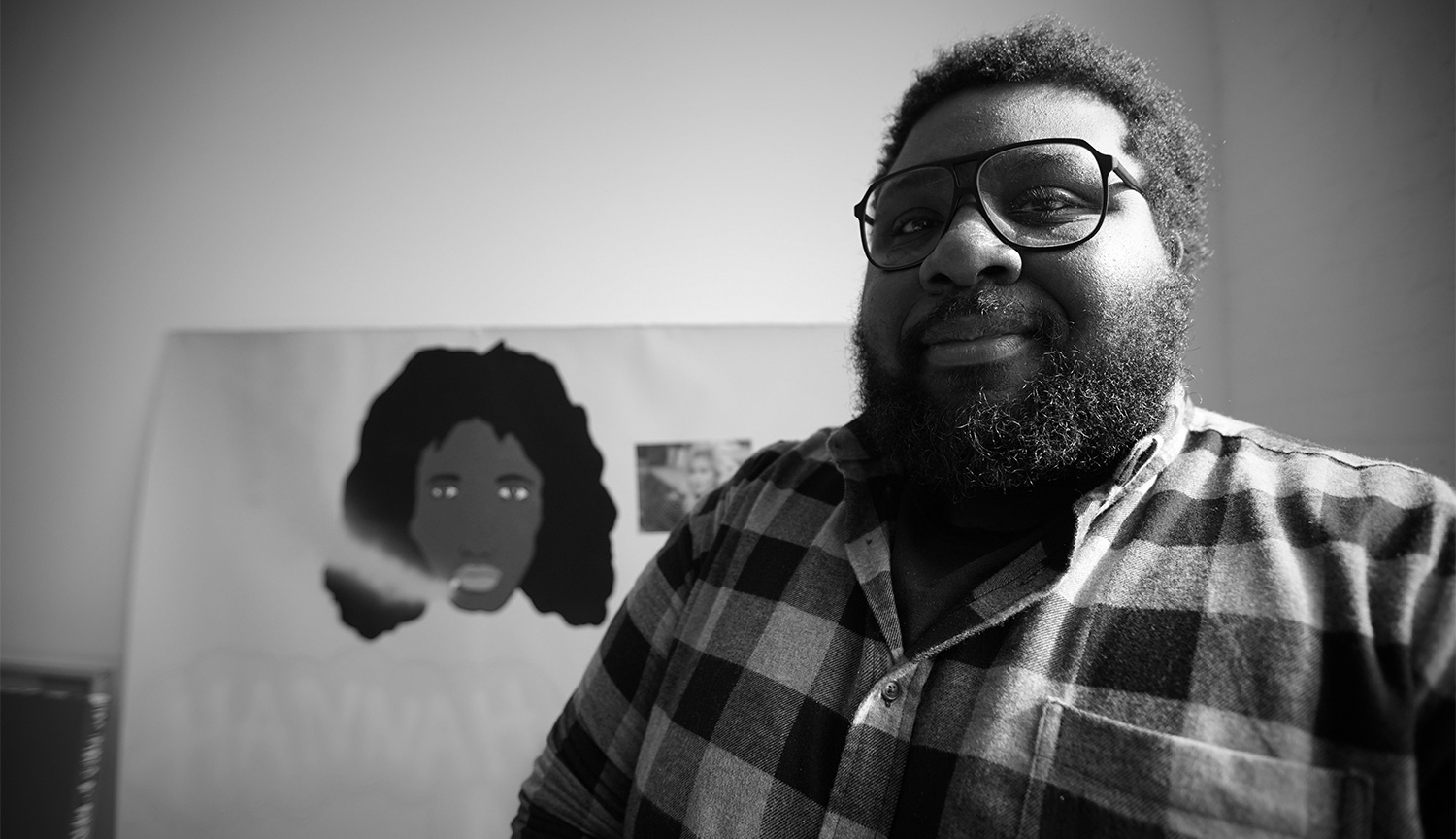 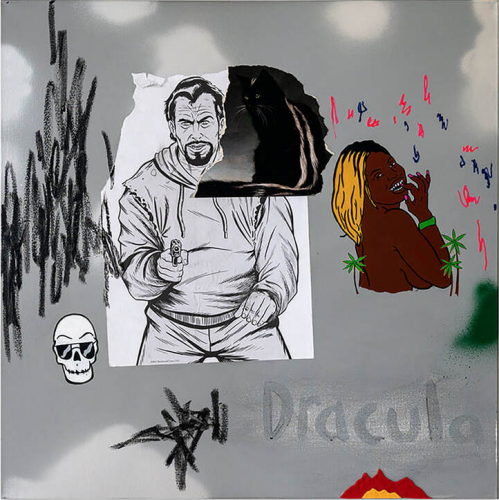 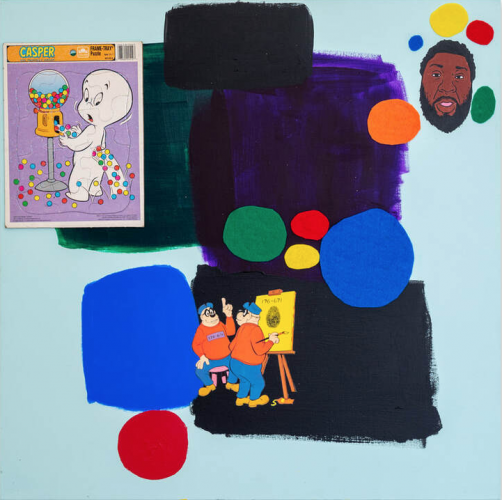 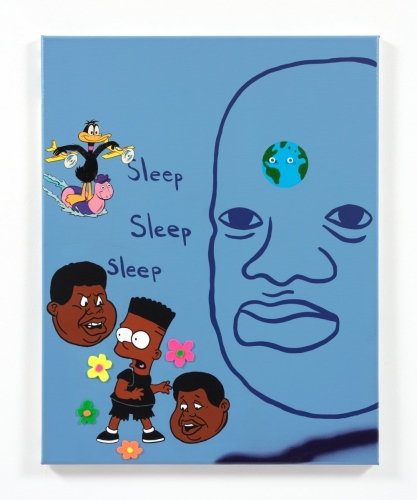 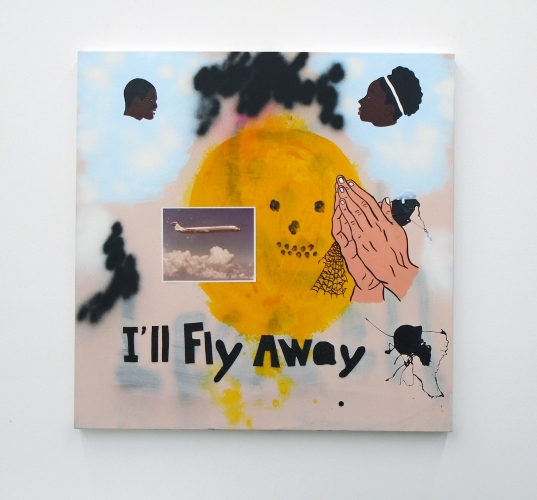 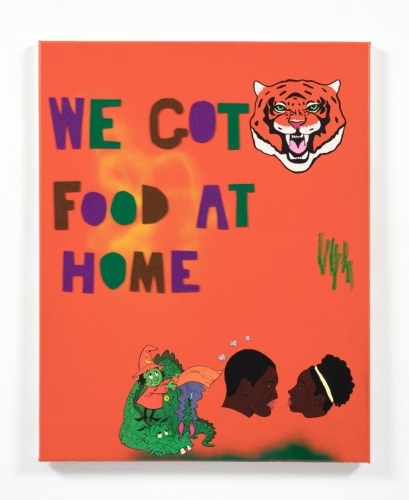 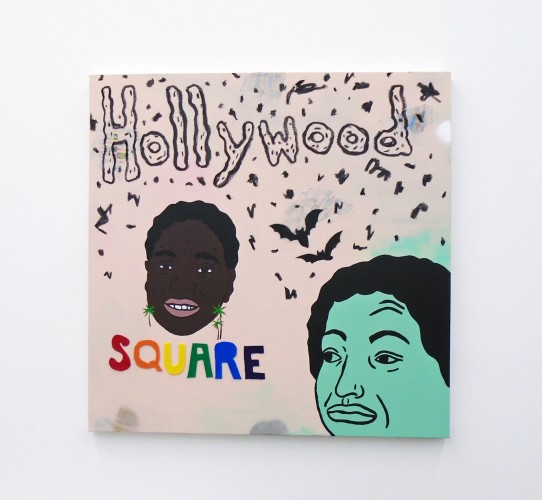 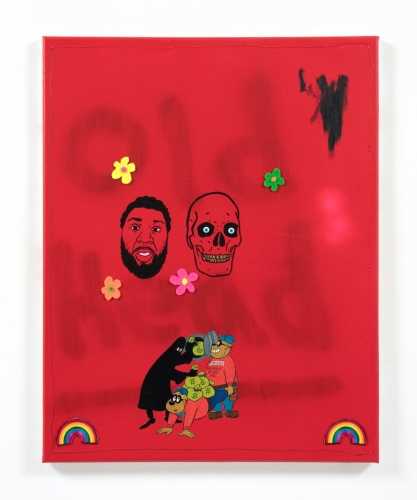 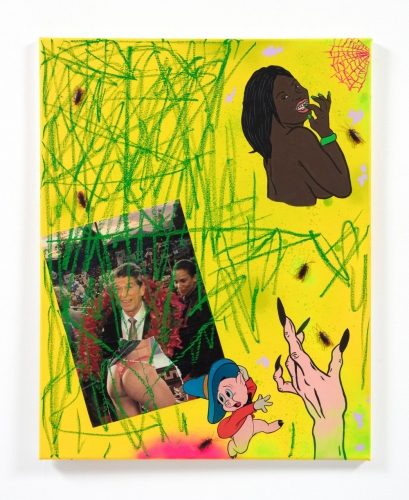 The cartoonish paintings of Chicago-based David Leggett pack a cognitively dissonant punch. Saccharine backgrounds and playfully astute renderings of pop-culture figures invite viewers to laugh. Then, devastatingly, Leggett’s jokes reveal themselves as brutal confrontations of systemic racism in the United States.
David moved to Chicago in 2003 after completing his Bachelor of Fine Arts from the Savannah College of Art and Design. He was greatly influenced by the Chicago Imagists, a group of representational artists whose work was known for its complete un-involvement with New York art world trends, and had the opportunity to work with a few of them at the School of the Art Institute of Chicago while taking classes toward his Masters of Fine Arts degree, which he received in 2007. Leggett works in painting, drawing, printmaking, bookmaking and installation. His work is heavily influenced by popular culture and both personal and cultural relationships. His work tackles many themes head on; hip-hop, art history, popular culture, sexuality, the racial divide, and the self are all reoccurring subjects. He ran a daily drawing blog Coco River Fudge Street that started in 2010 and ended in 2016.

David Leggett was born in 1980 in Springfield, MA. He lives and works in Los Angeles, CA. He received his BFA from Savannah College of Art and Design (2003), a MFA from the School of the Art Institute of Chicago (2007). He attended the Joan Mitchell Artist Residency in New Orleans (2018). He ran a daily drawing blog Coco River Fudge Street that started in 2010 and ended in 2016. He has shown his work throughout the United States and internationally, including recent shows at Kimmerich Gallery, Berlin (2017) ; Shane Compbell Gallery, Chicago (2017); Various Small Fires Gallery, Los Angeles, CA (2018) and Hyde Park Art Center, Chicago (2012). 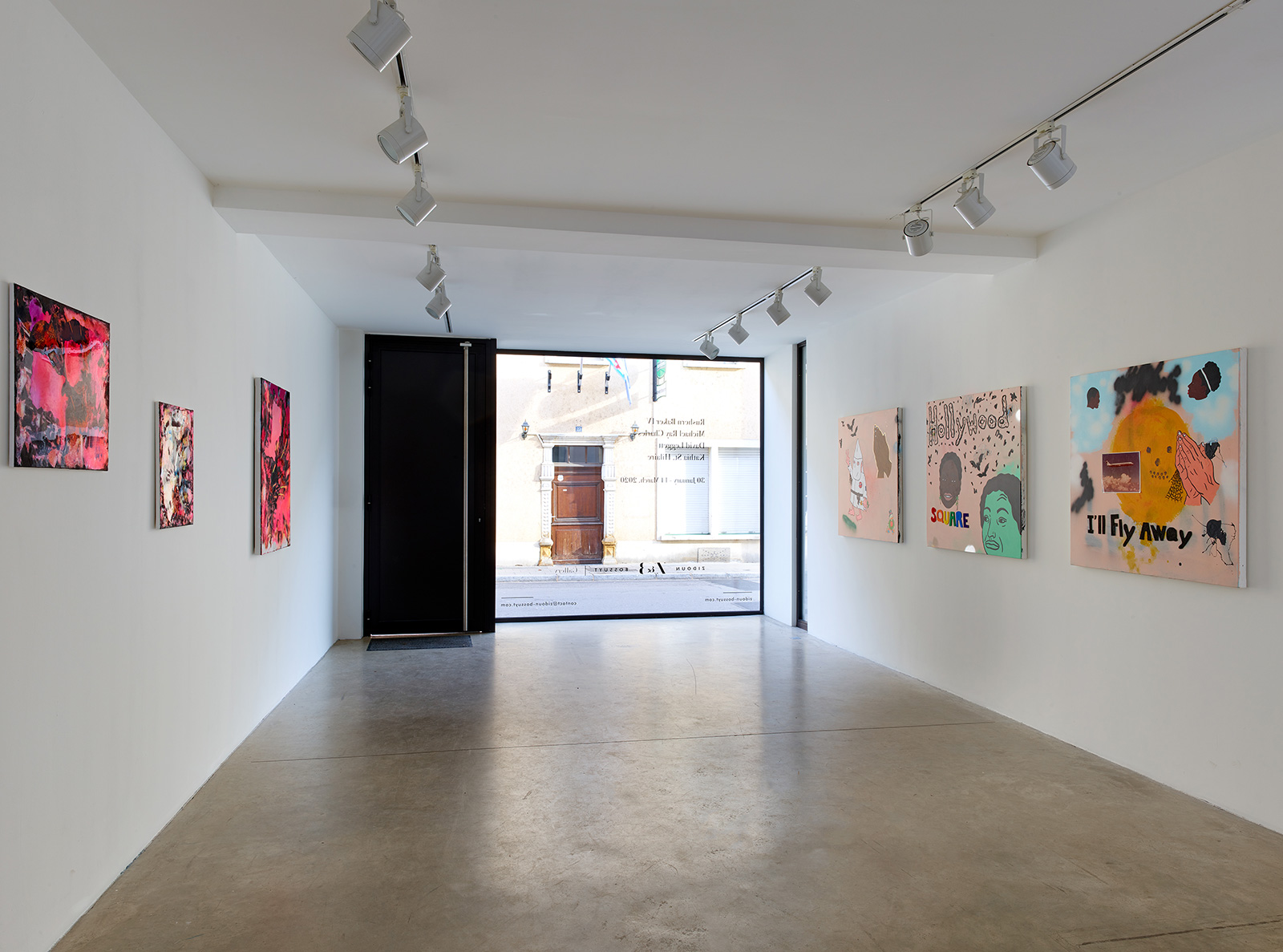