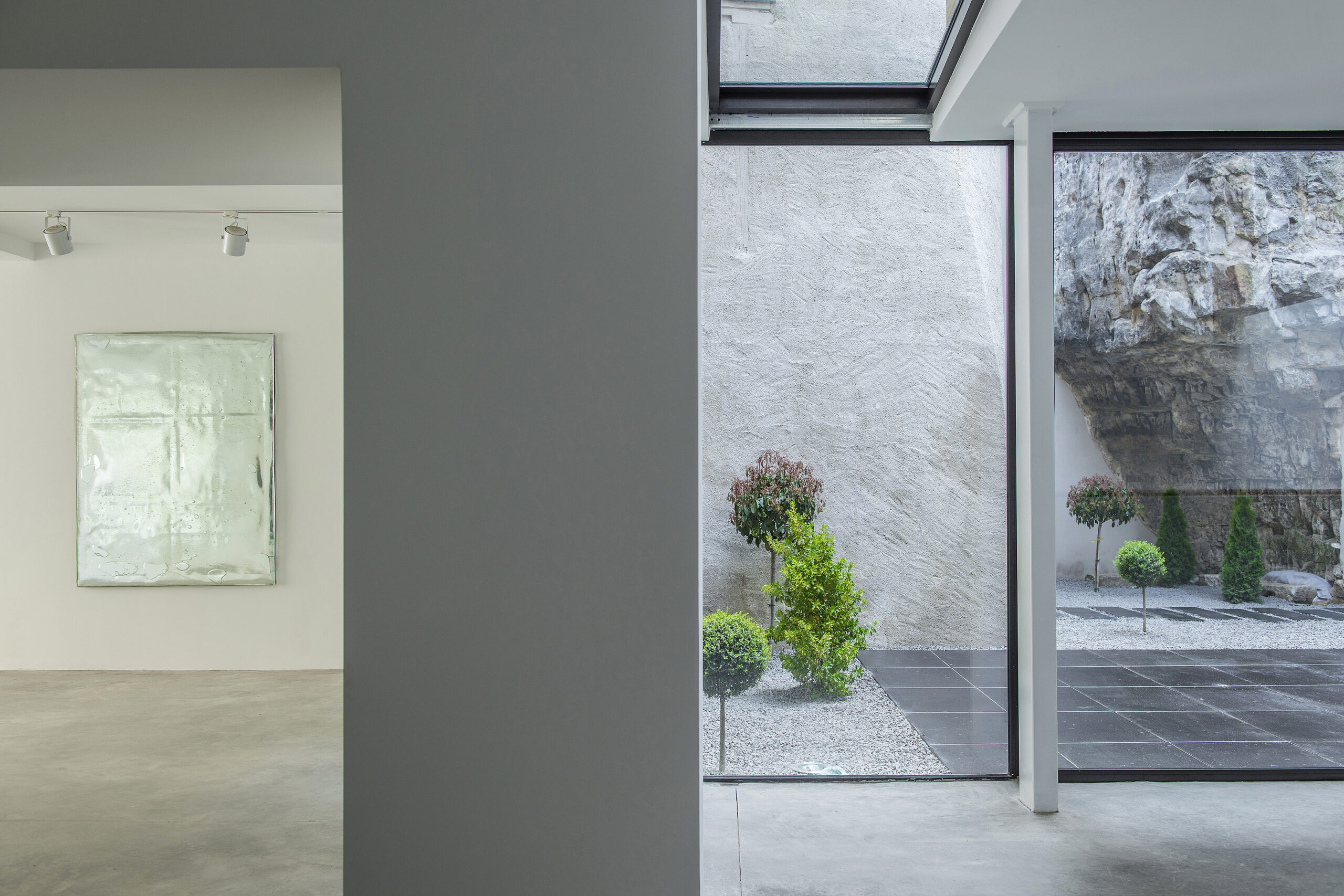 Zidoun-Bossuyt Gallery is pleased to present its first solo exhibition of Luca Dellaverson. 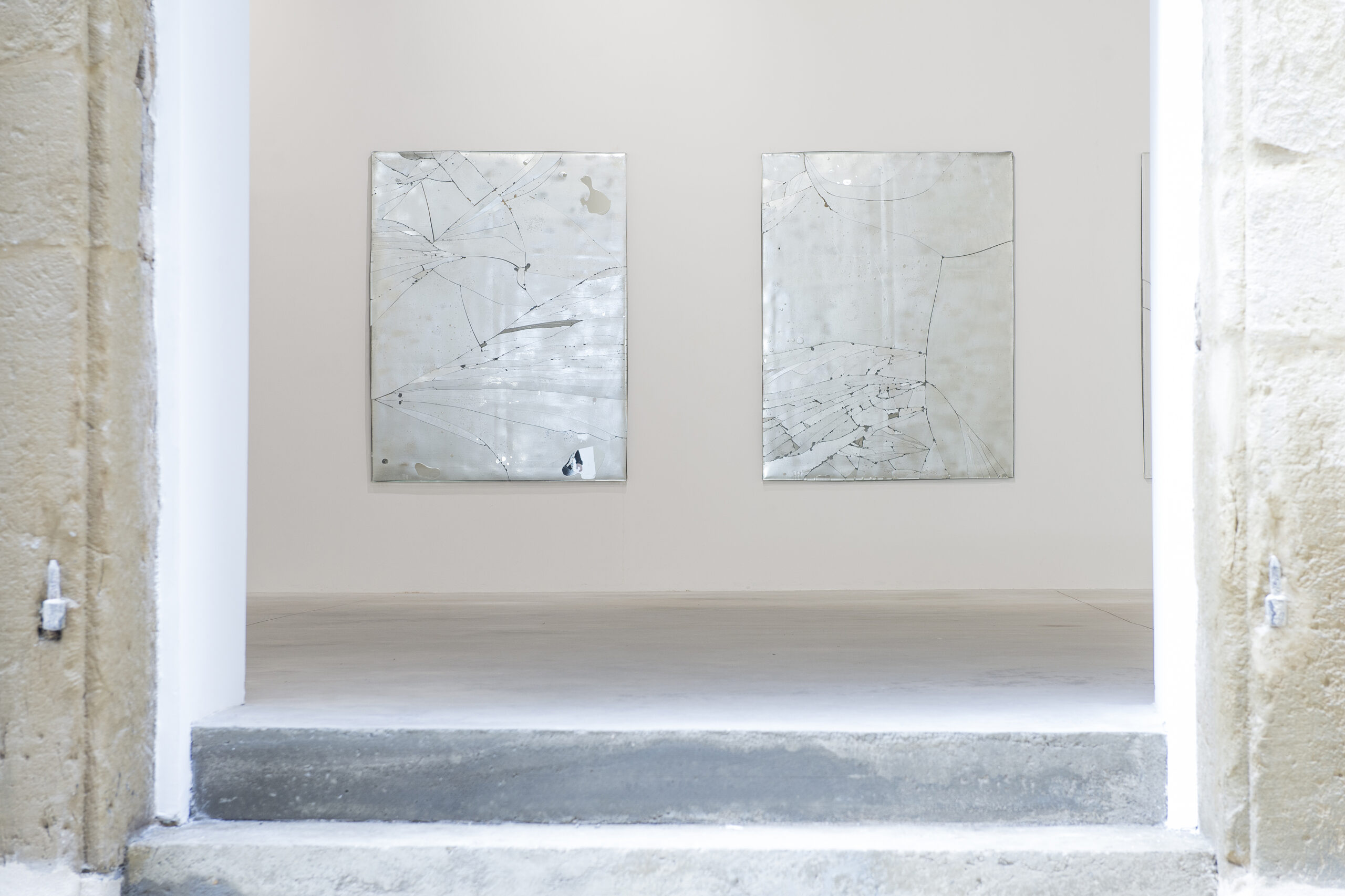 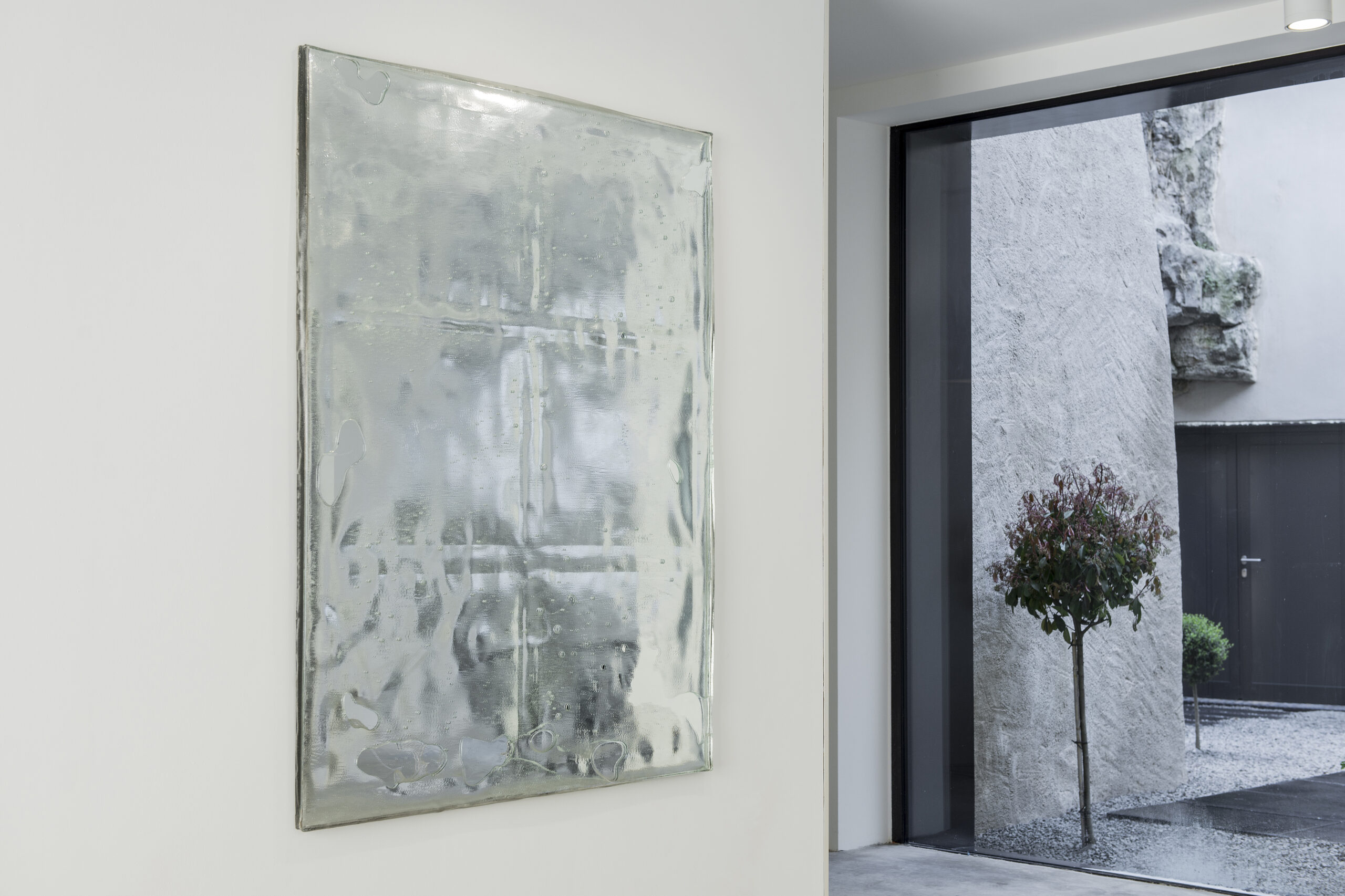 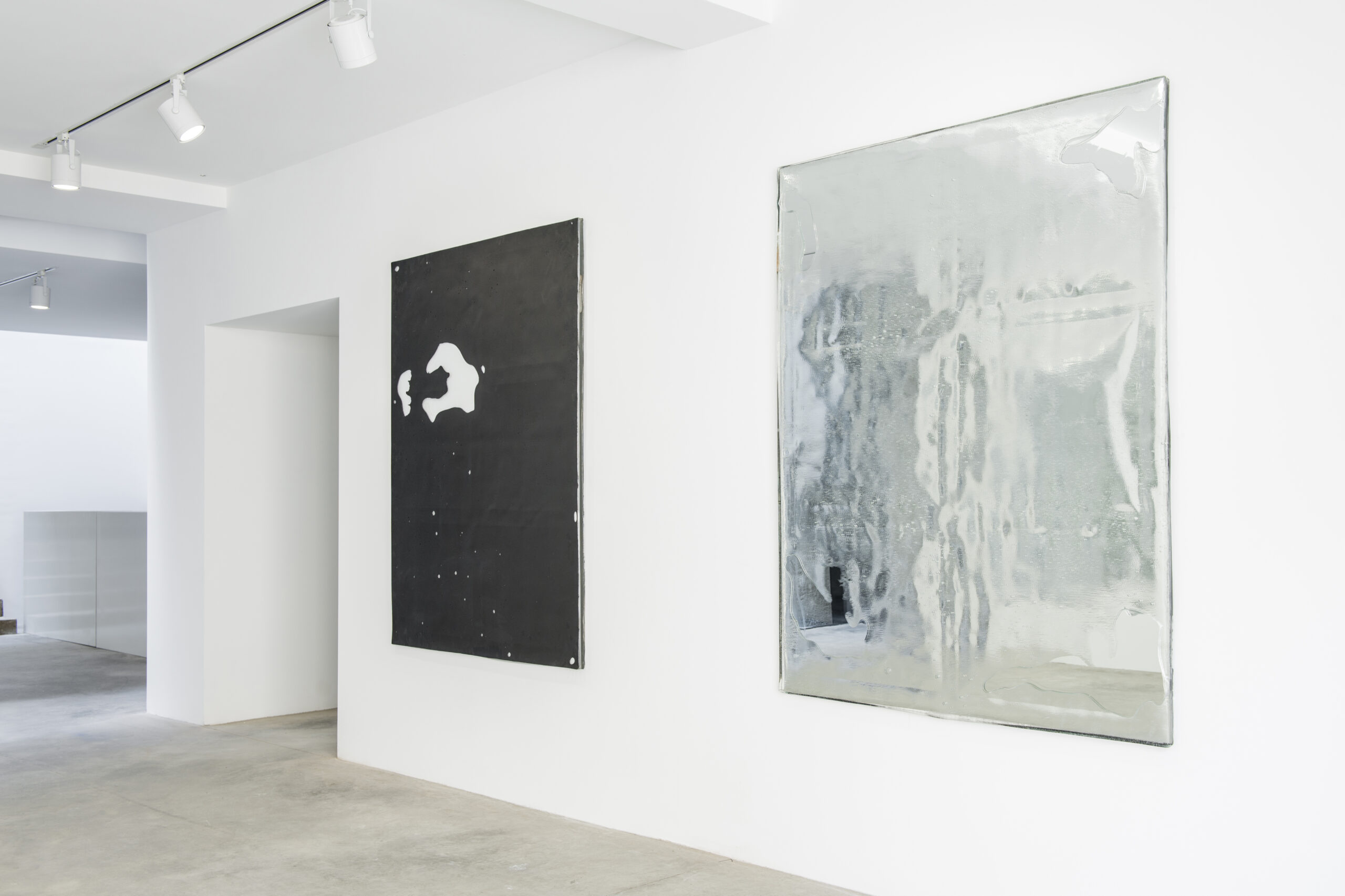 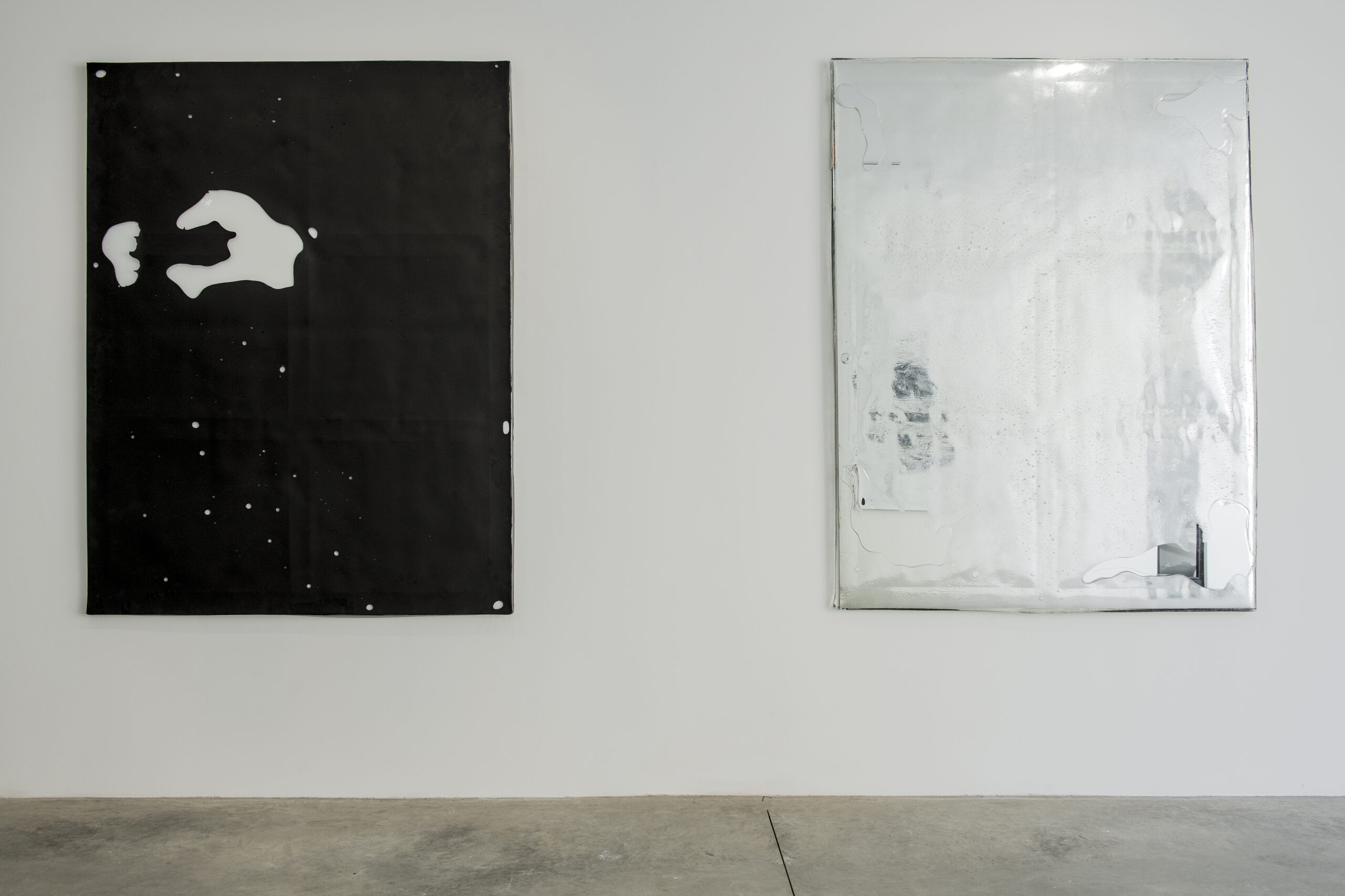 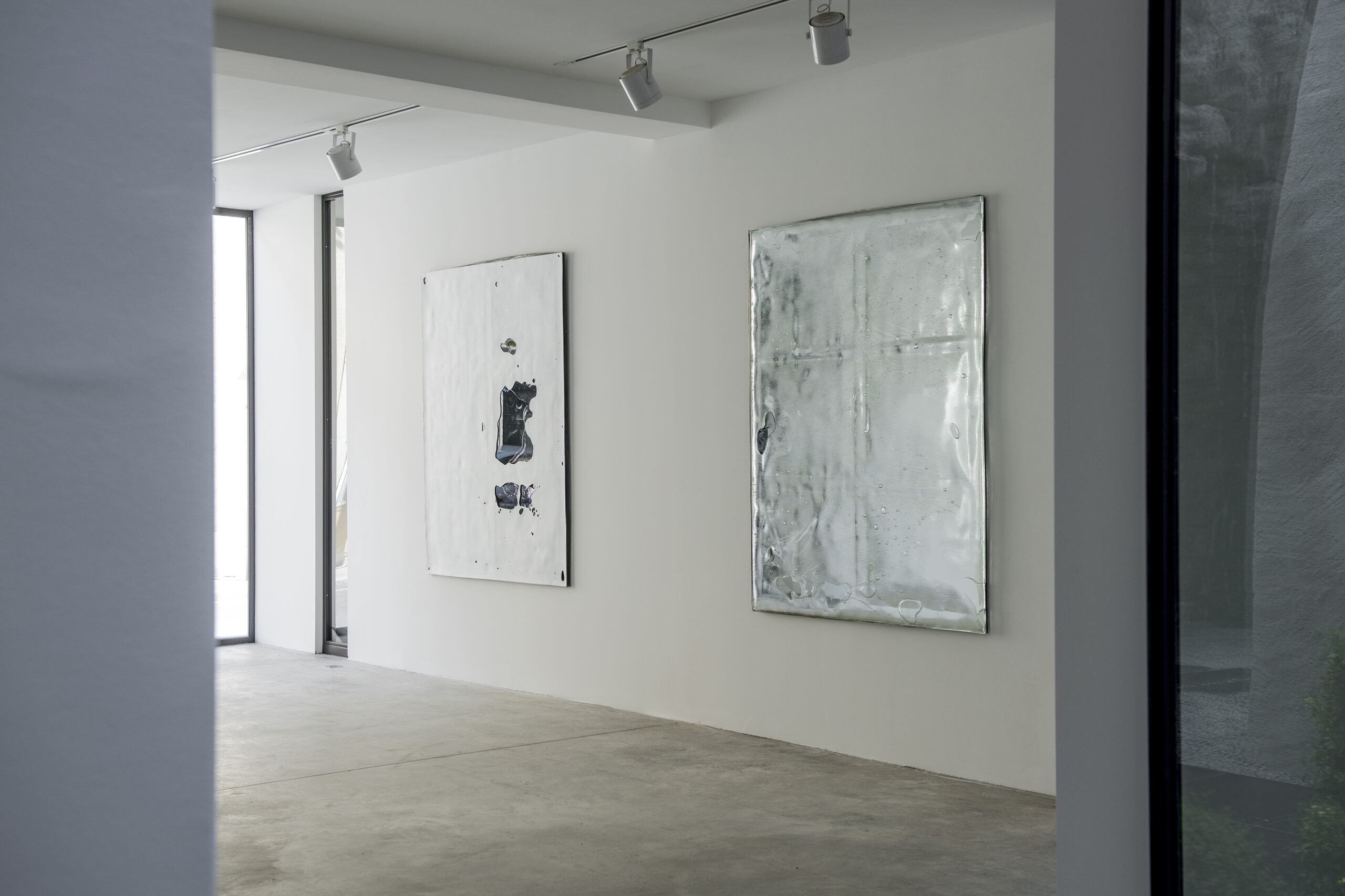 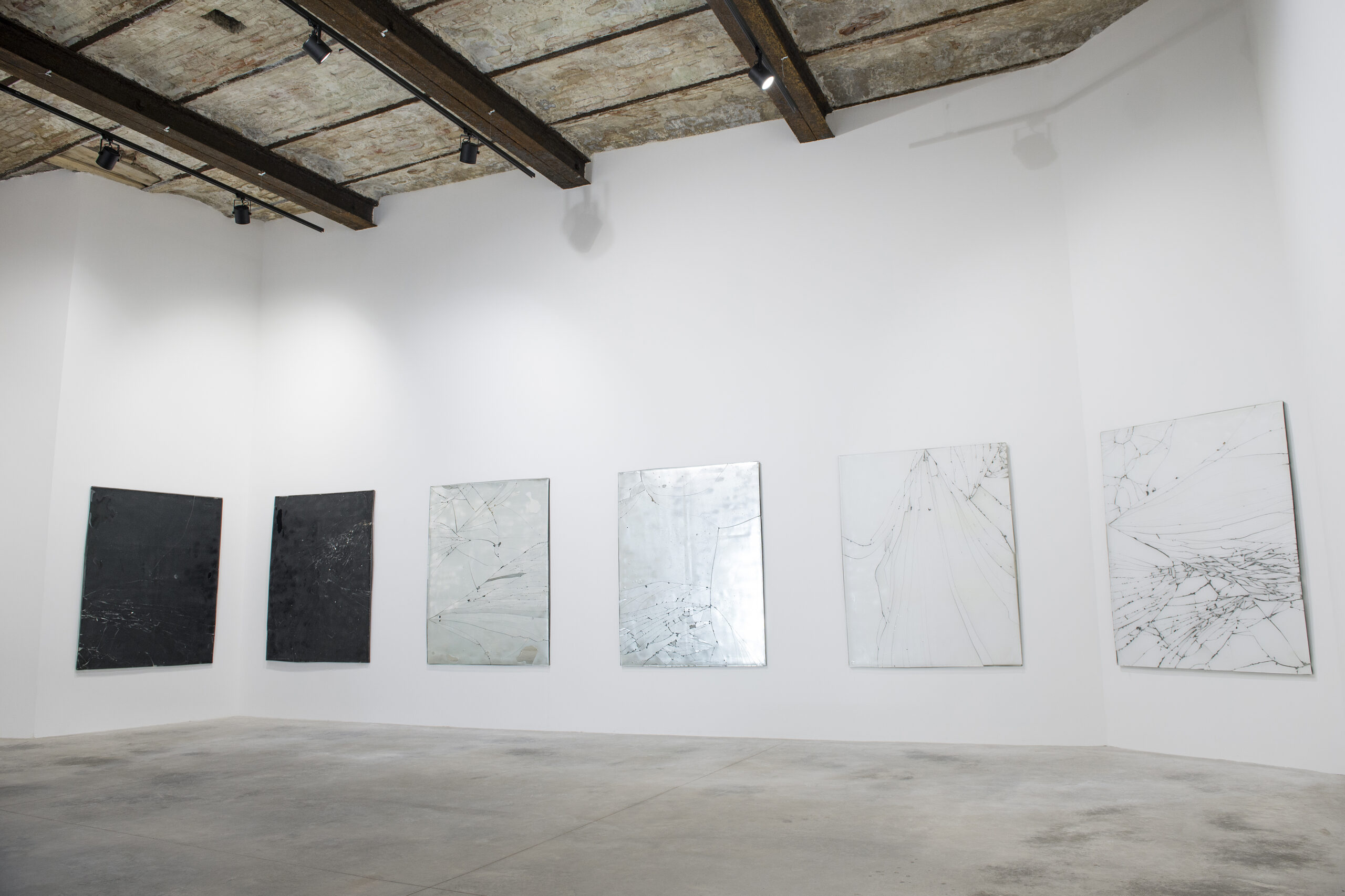 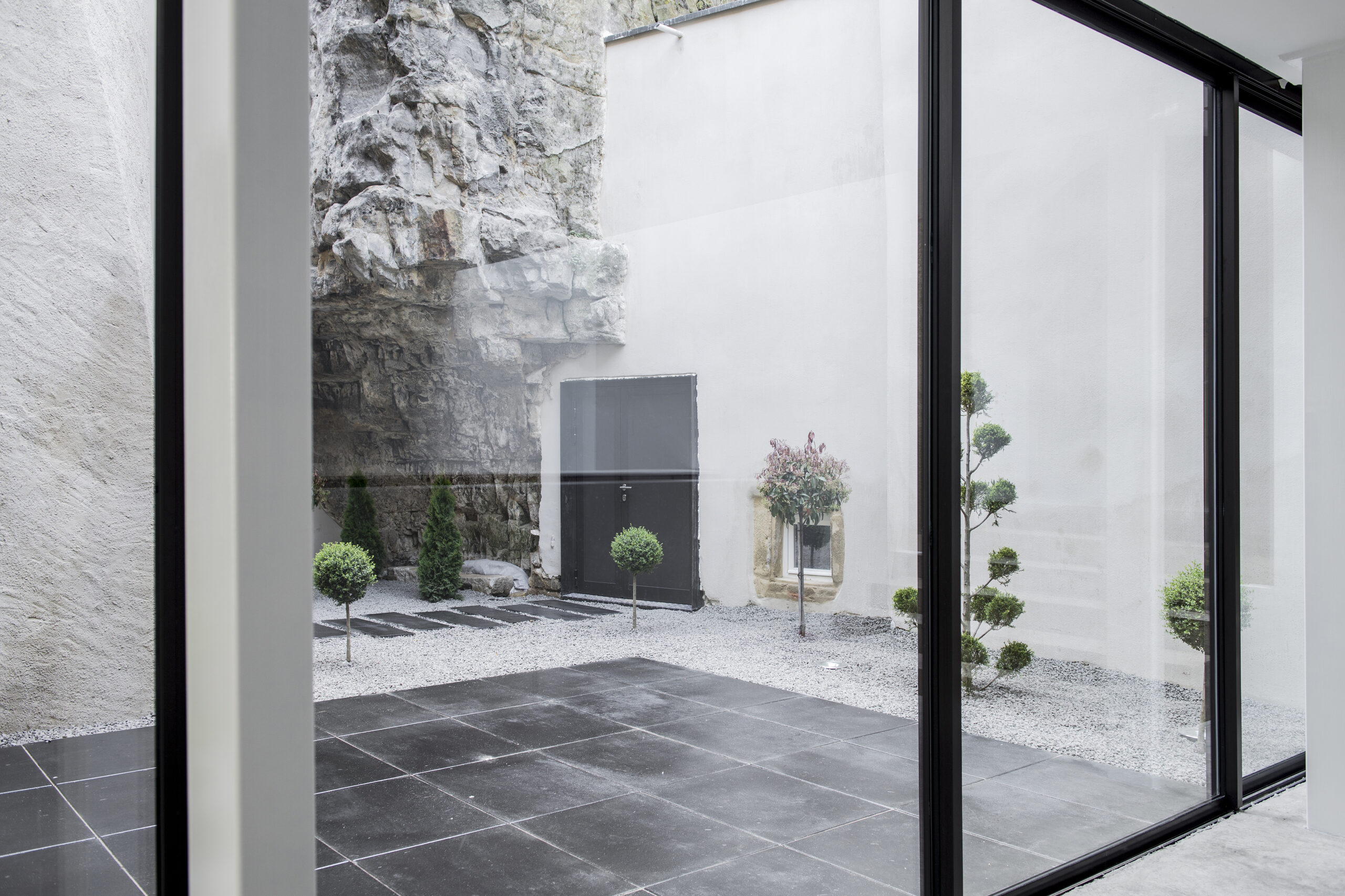 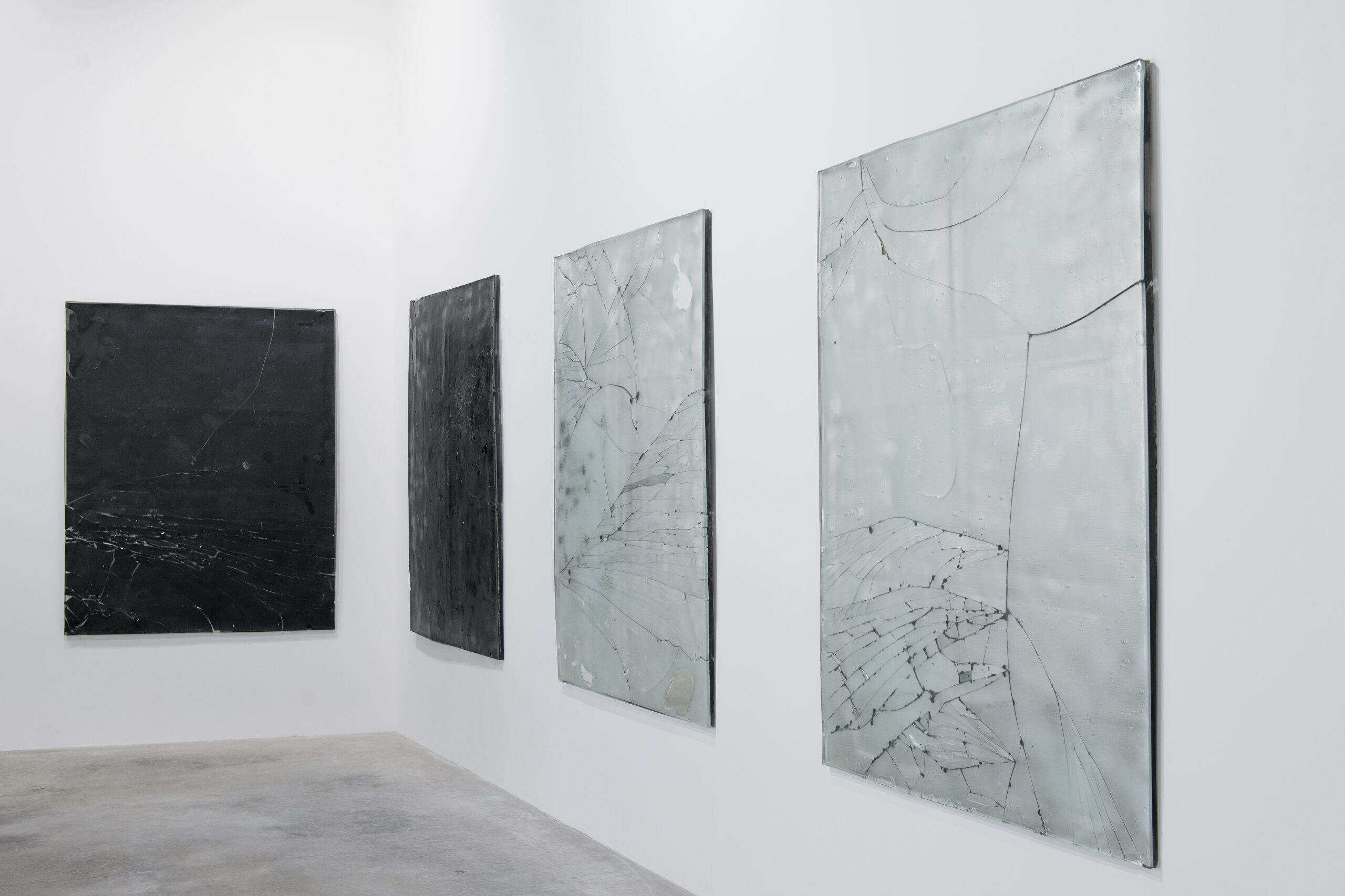 In this body of work, whole and shattered sheets of glass are embedded in poured epoxy resin casts of stretched canvases. The resulting three-dimensional works come to register frontally as paintings with an all-over composition; yet they could also be described as reliefs or wall sculptures, the physical boundaries of which are determined by the wall space traditionally commanded by a painting.

The identity of these works is further complicated and the medium rendered less specific as their surfaces give way to varying degrees of texture, translucency, and reflectiveness. Distorted fragments of physical reality are reflected on the surface, which simultaneously embodies in epoxy resin the nuanced texture of woven canvas—an index of the original stretched and gessoed canvas from which the mold was made. Surface incidence is varied as certain areas absorb rather than reflect light and others preserve their mirror-like quality. Casts of unbroken mirror are painted over with gesso, covering everything but the bubbles that result from pressure and overheating and highlighting the index of stretcher bars and surface inflection from the original mold. These works become compositional while avoiding direct artistic gesture, painted with an ordinary paint roller, and dominated by mirrored bubbles that are unplanned and uncontrolled by the artist. Hanging with these painted works are two reflective silver works, born of a slightly modified process which creates a surface that changes depending on where the works are being regarded from.

Standing apart from the glass works is a large painting created from photo scans of appropriated paintings by French artist Martin Barré. A full color inkjet print made from a composite of black and white Barré spray paintings is adhered to a painted linen canvas with the same epoxy, which acts as a support structure in the glass works. The magnification of the source image creates a distortion and visible color dot matrix foreign to the original paintings. The epoxy resin so firmly situated within the realm of sculpture in the in all the other hanging works in the exhibition now acts as paint, resulting in a rare moment of urestrained gesture in its application.

In the caves behind the gallery are eight wall paintings made from drawings of early 20th century French prison tattoos, calling to mind the title of the exhibition, American Graffiti.

Dellaverson’s work meditates on the swan song of the theoretical and aesthetic trajectories of medium-specificity and on the conventional conception of rationality as means-end reasoning inherent to the idea of “process.” The artist uses household-grade epoxy resin—manufactured with the primary intention of casting small objects—to cast large stretched canvases. This becomes an act of détournement as the built-in end-goal of a ubiquitous industrial material is turned against itself—against its own chemical and physical nature and its prescribed role in the economic system. The resulting bubbling of the epoxy resin and the shattering of the glass are signs of the distress caused by the appropriation of this material for a purpose it was not made for or adjusted to. The curing process of the epoxy creates enough heat and physical stress to shatter the mirror into pieces. The layer of epoxy with the surface texture of the canvas creates enough distortion to impede the mirror’s ability to reflect its surroundings in any way that is sufficiently informative. While the epoxy and the glass seem to work against each other, and the artist’s will along with chance and accident work against means-end rationality, the finished work is one solid block in which the two materials co-exist completely bound to one another, perversely fulfilling the fate of epoxy as a binding agent.

Born in New York in 1987, Dellaverson studied art at Hampshire College in Amherst, MA. His first one-man exhibition took place at Tilton Gallery in September 2013. The artist lives and works in New York.