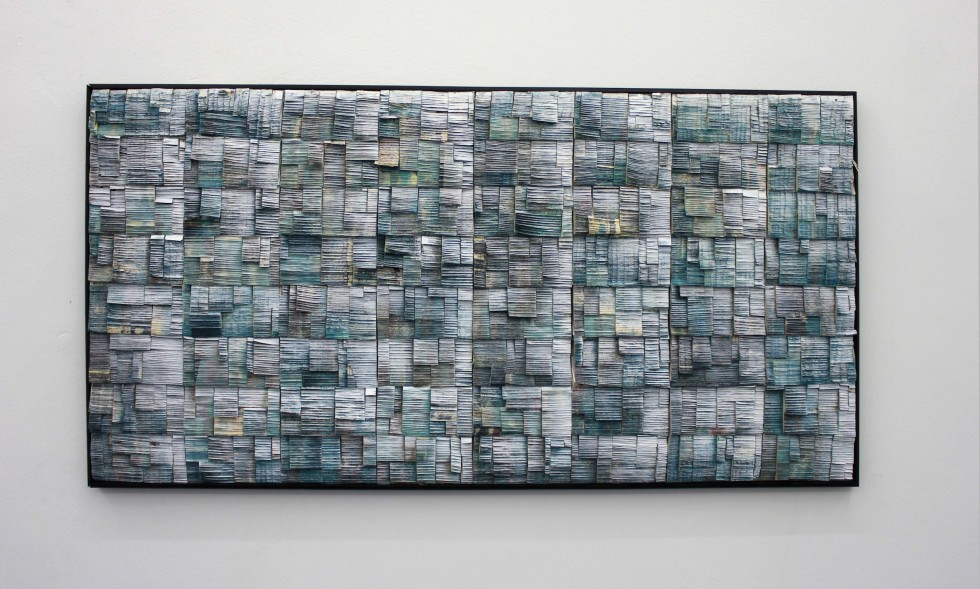 Preview on Thursday May 22, 2014 from 6pm in presence of the artist David Deroo. 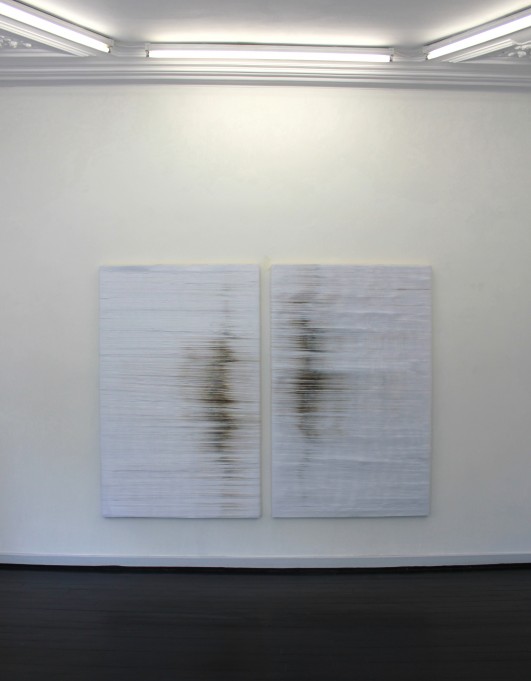 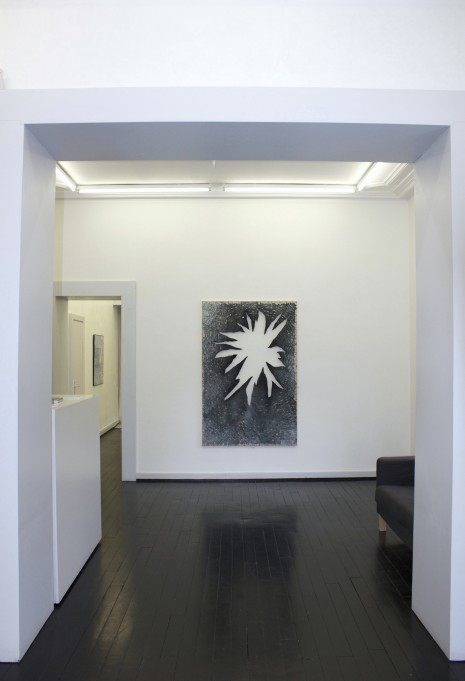 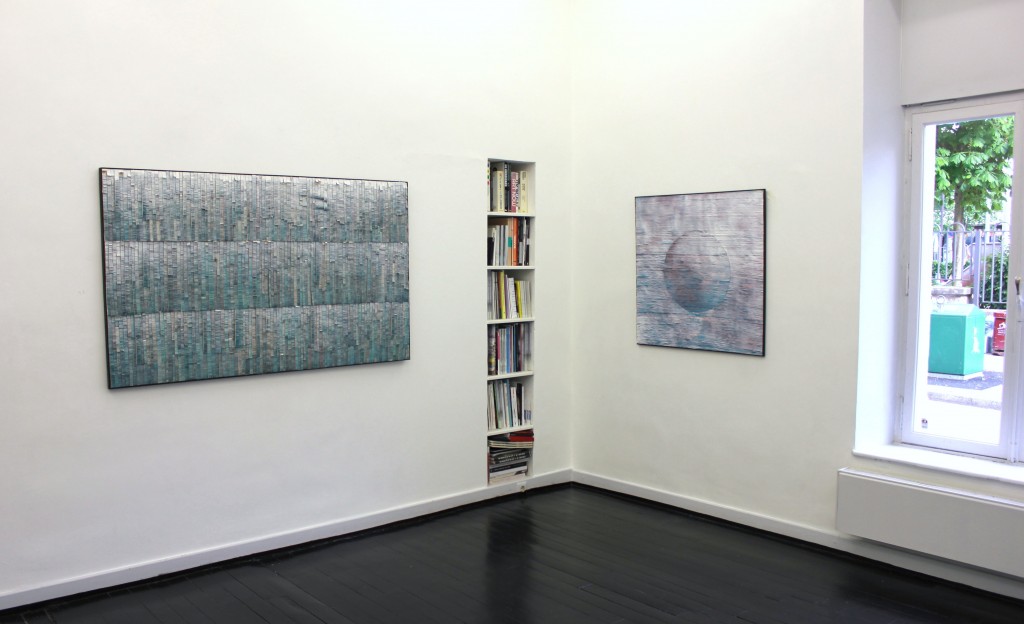 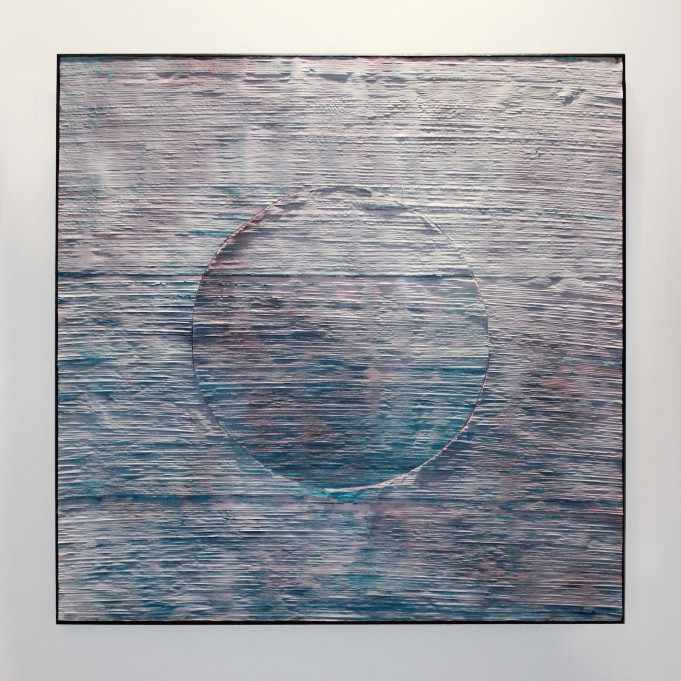 David Deroo draws inspiration from different environments throughout his journeys, notably metropolises such as New York, Bombay or Sydney. His architectural background undeniably influences his work. The analysis and the structure of major cities are in fact the base of his process.
“One Equals Infinity” aims to raise consciousness that the representation of a place is more than a simple image. The world itself is an accumulation of individualities which creates a unity. The reinterpretation of town plans with the use of phone books symbolizes this equation. Colours, light and texture of the works create individuality in a world where the normalization and the standardization are omnipresent. The titles of the works are the geographic coordinates of the described places.

The “Urban shape” series introduces the use of phone books as the main element of the pieces. The titles of the works are the geographic coordinates of the described places. By dismantling and reassembling the phone book pages and organizing them with patterns depending of the location, Deroo introduces some singularity and distinctiveness in opposition to the extreme rationality that eliminates individuality when opening a phone book. The interactivity between people represented by the layering pages creates the final impression. Using phone book pages cut in pieces, Deroo implicitly represents people living in this place. It is a different representation, a different materialization that gives an other dimension to the work, invisible at first sight.

The “Mind Impression” series evokes the relationship between individuals on a sensitive and anthropological perspective. The materials used are bill paper rolls. It characterizes the action between two people, and establishes a clear link between them.