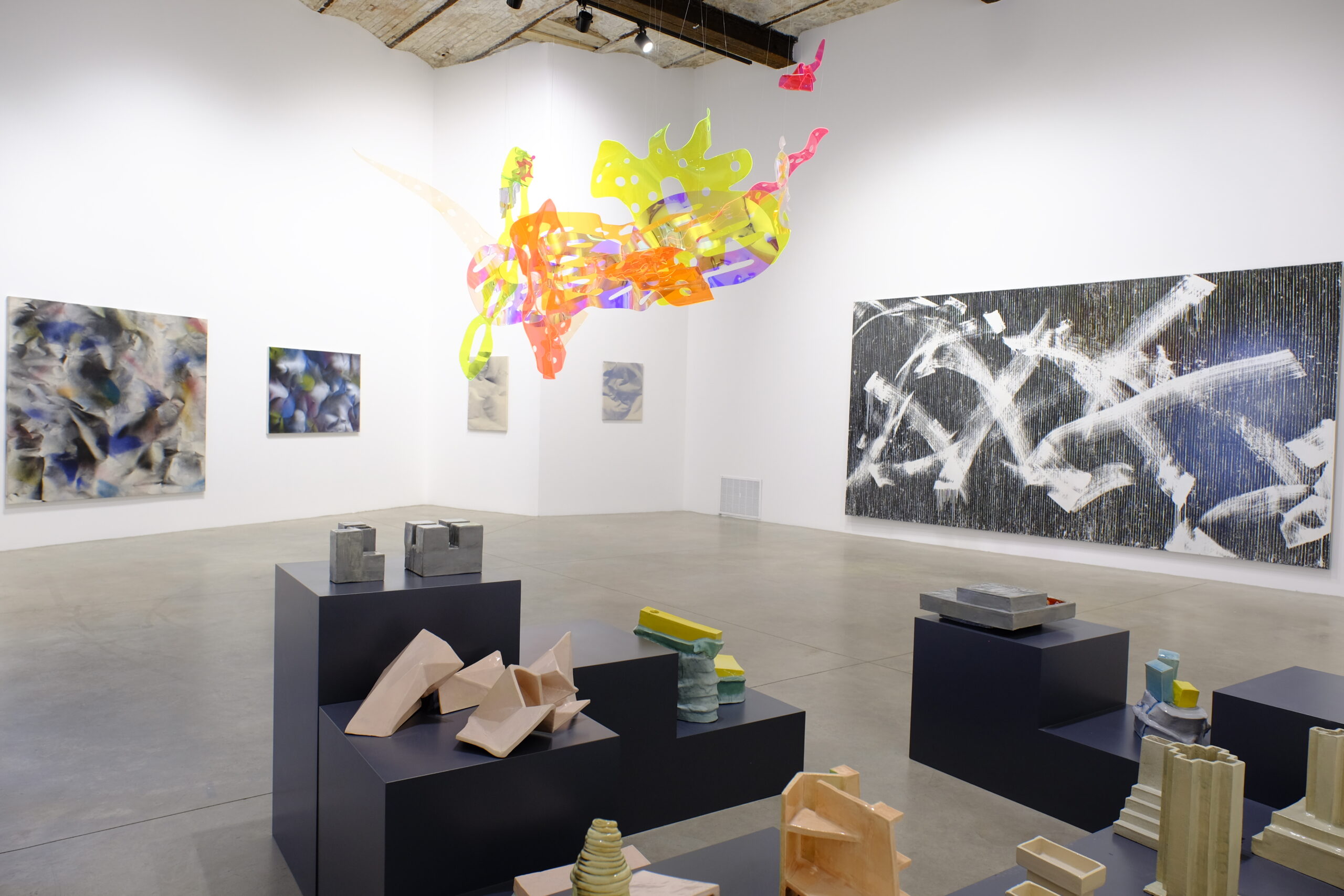 Preview on Thursday January 19, 2017 from 6pm in presence of the artists. 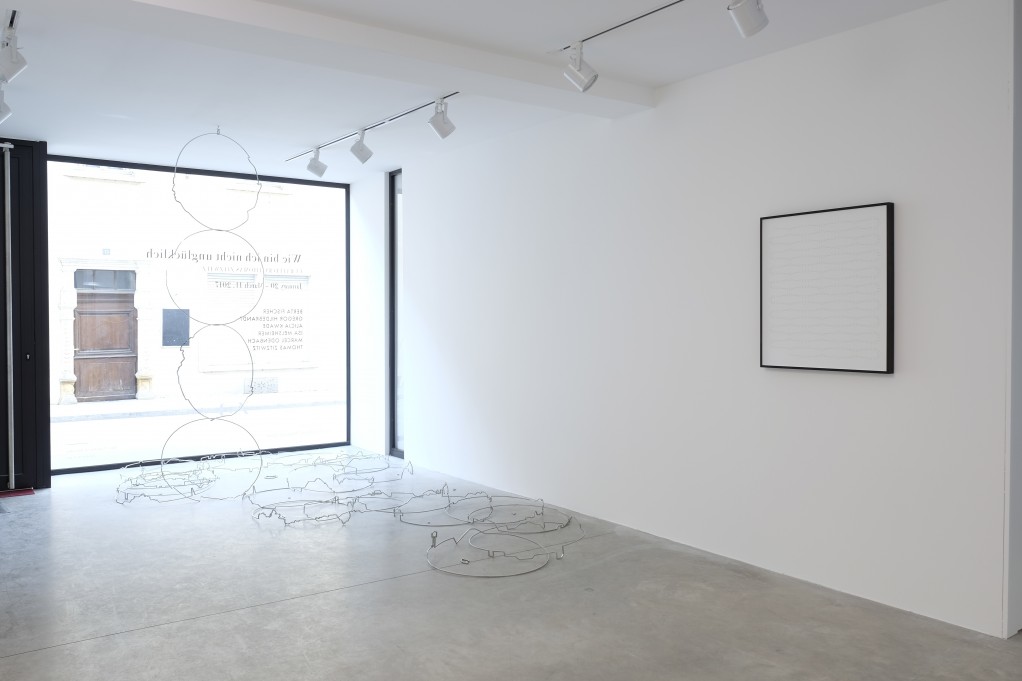 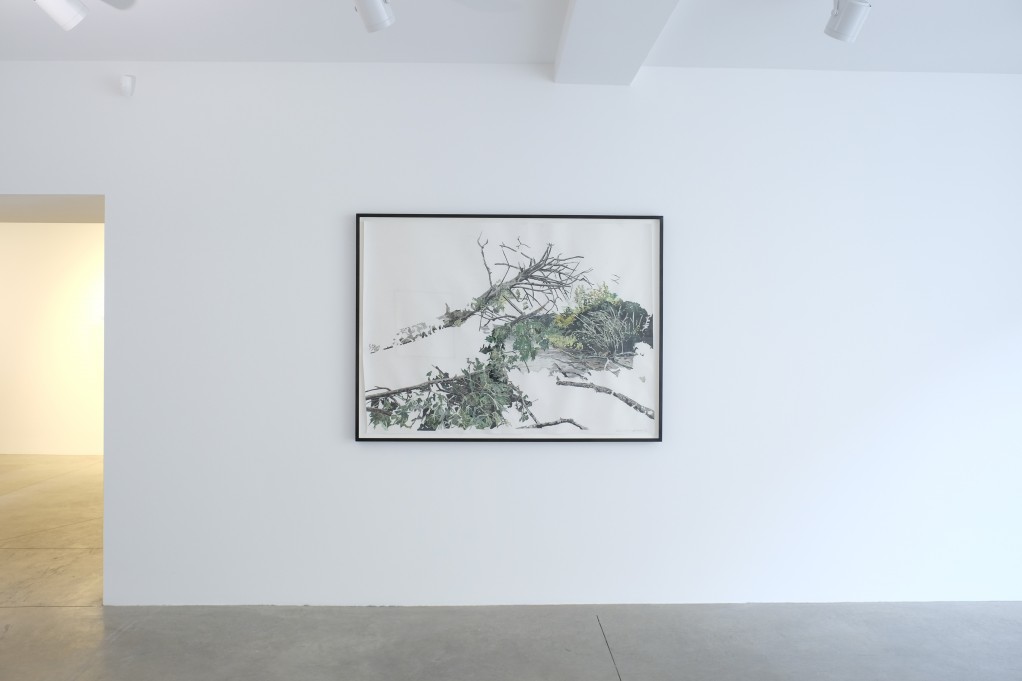 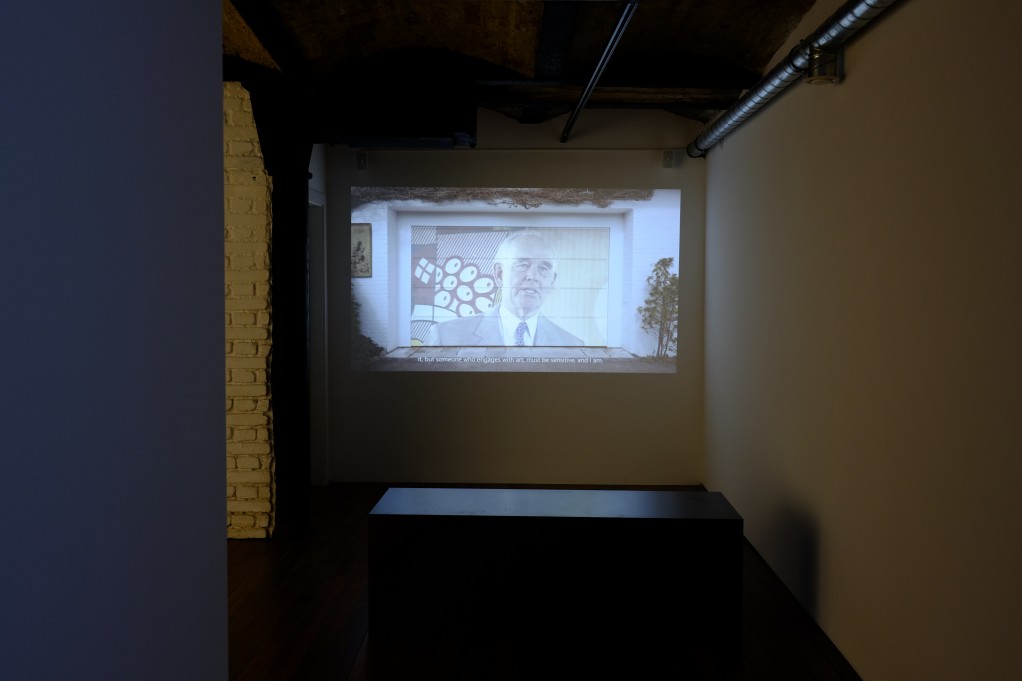 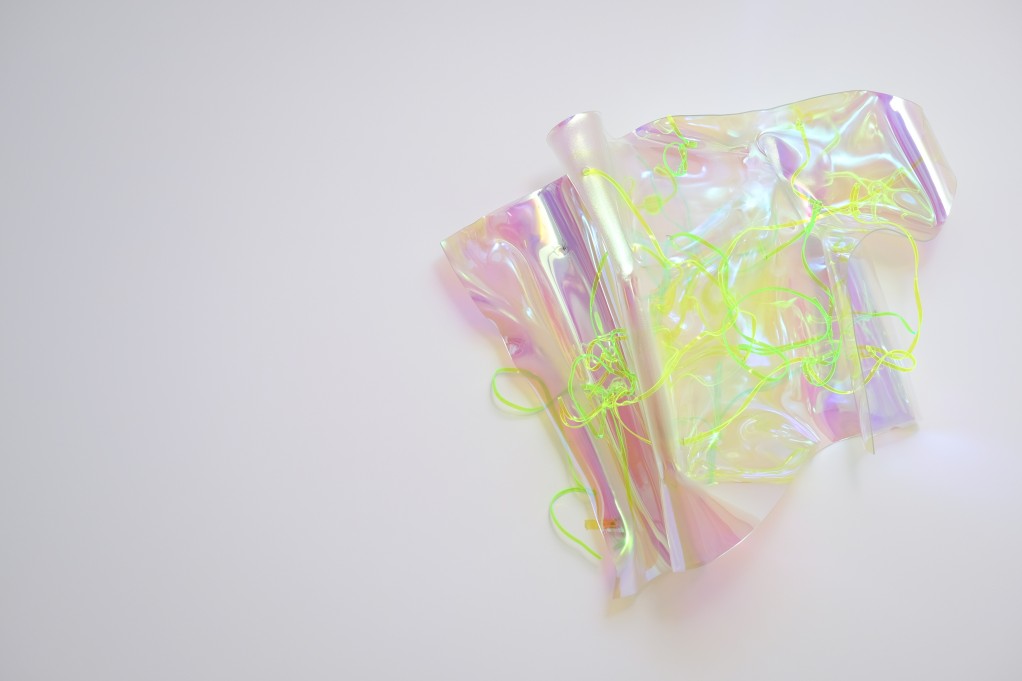 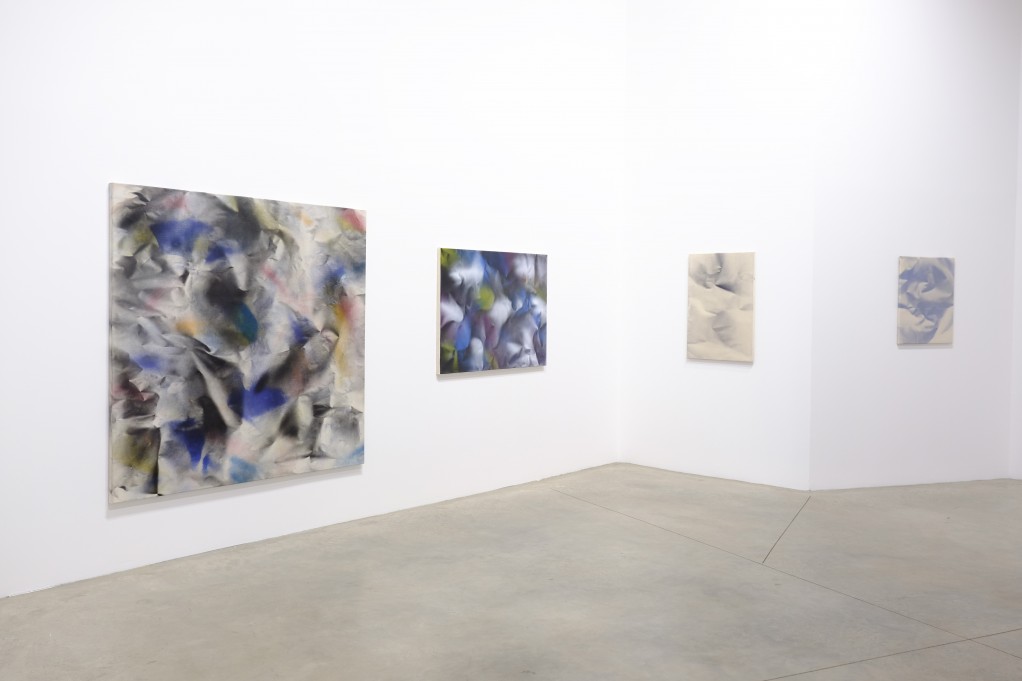 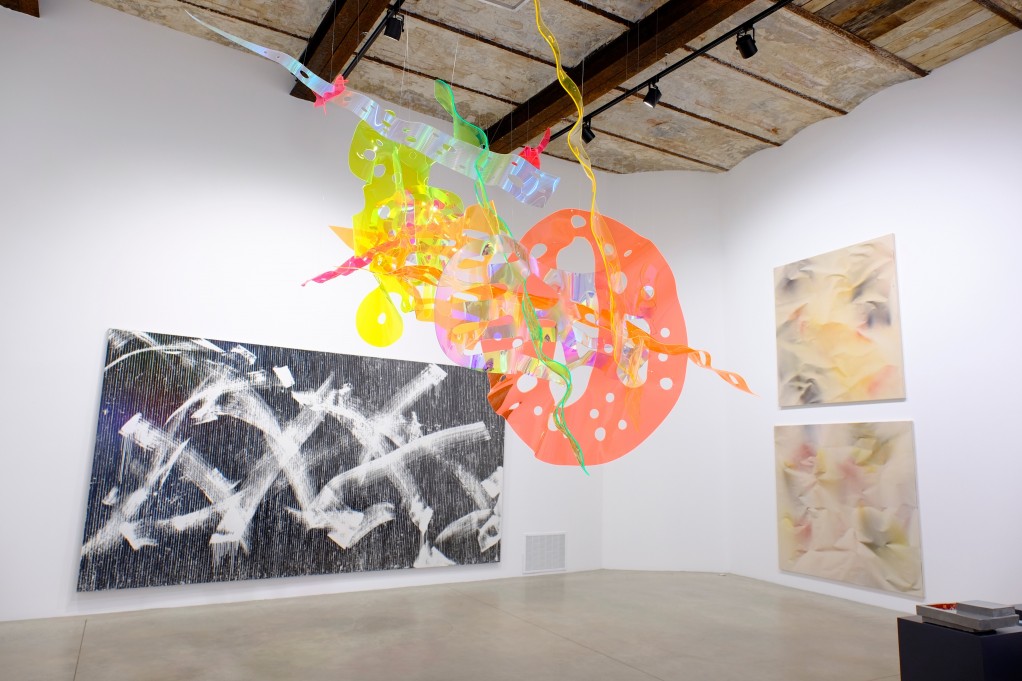 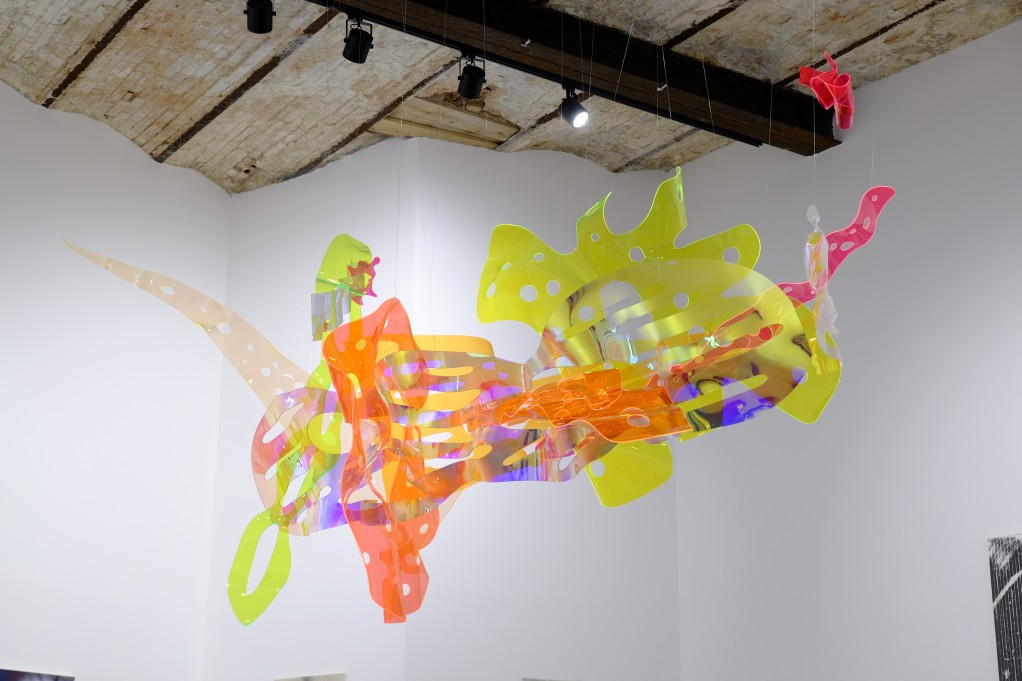 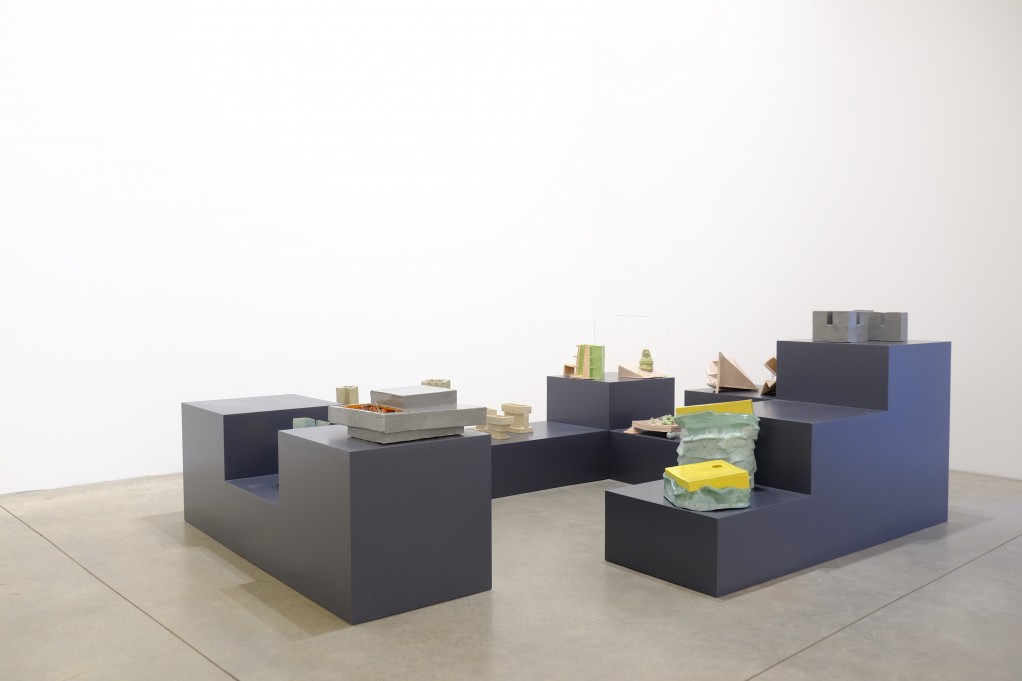 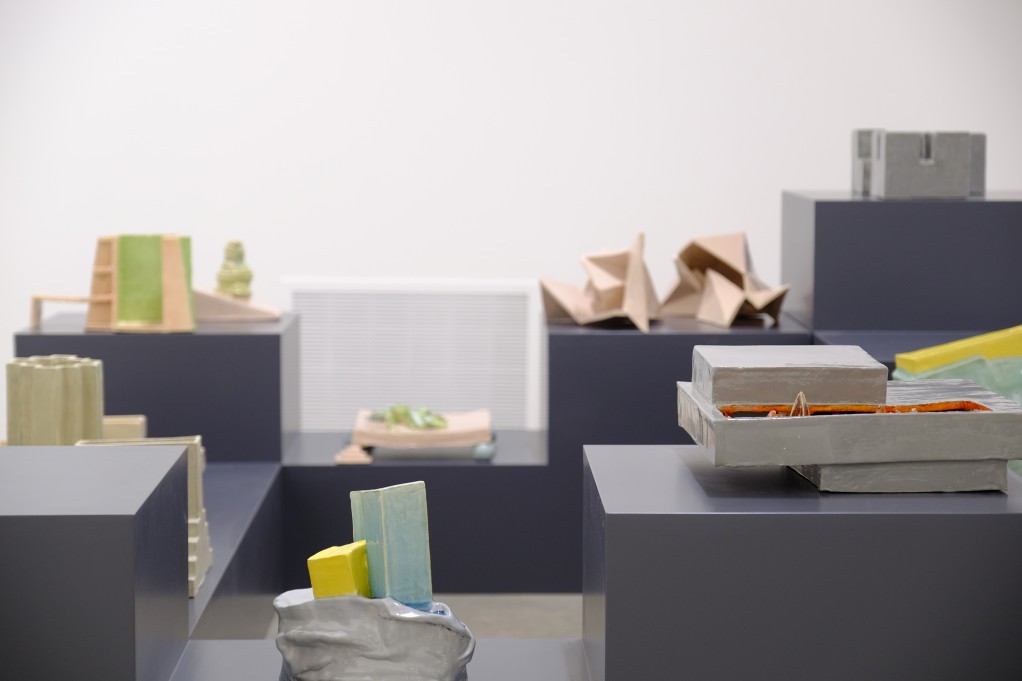 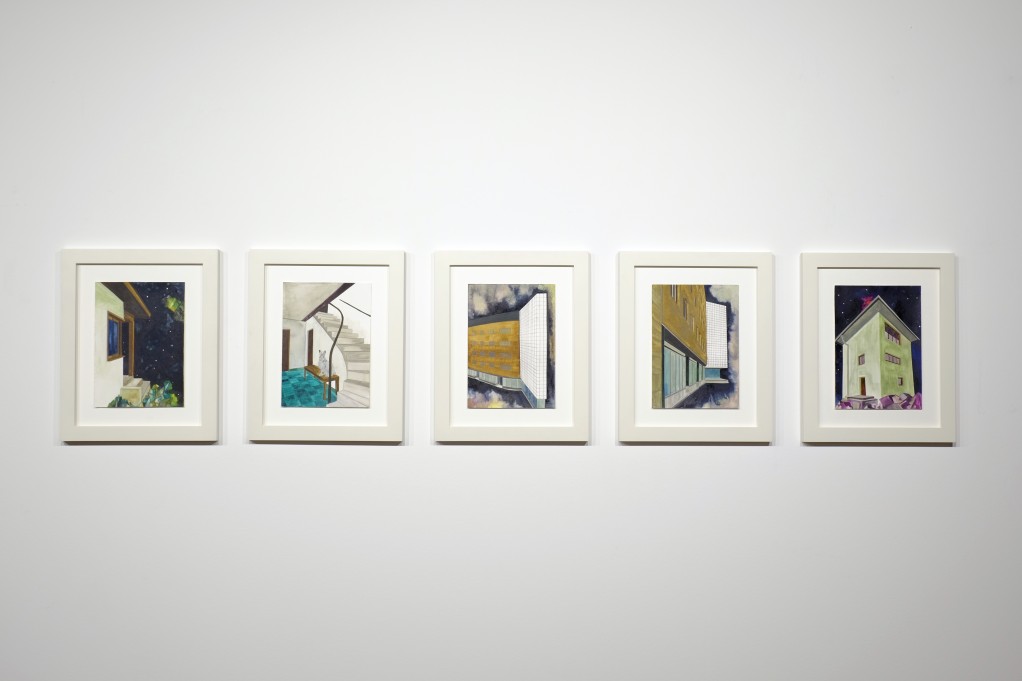 In this group exhibition, new work by German-based artists Berta Fischer, Gregor Hildebrandt, Alicja Kwade, Isa Melsheimer, Marcel Odenbach, and Thomas Zitzwitz unite under Johann Wolfgang von Goethe’s playful sentiment, which offers a reflection on the gesture of artmaking. In the famed poet and statesman’s ebullient estimation, art might well be the manifestation of a longing, a response to a vague irritation, an expression of either resignation or survival, or a subtle act of defiance that comes in the form of a knowing laugh at the reality of life.

Berta Fischer’s large and colorful transparent sculptures, which reconfigure exhibition space, set off a diaphanous play between beauty and light. The organic forms of the artist, who is from Berlin, dramatically transcend the synthetic material from which they are made.

Music is seen and felt but never heard as it weaves through each of Gregor Hildebrandt’s sculptures and canvases. The Berlin-based artist formulates visual motifs and repurposes surfaces such as vintage tapes and vinyl records in which sound has been inscribed and has left its mark, to impart an experience of music in the viewer as a figment of his or her memory.

Berlin artist Alicja Kwade’s beautifully crafted sculptures and installations often navigate the viewer through a meditation on the philosophical nature of time. Replete with unexpected perceptual, temporal, and material twists akin to a magician’s sleight of hand, her work fuses elements of theater and cinema and is at once passionate, direct, captivating, and hauntingly simple.

With her intriguing glazed ceramics, Isa Melsheimer of Berlin sets the formal vocabulary of modern architecture into light-hearted play. She departs from her source of inspiration both in scale and appearance, but sometimes renders lost architectural monuments in gouache, depicting them in pristine condition but submerged in fantastic environments that underscore the modernist impulse toward a hermetically sealed state.

Fresh from Museum Ludwig’s 40th Anniversary Exhibition, is Cologne-based artist Marcel Odenbach’s new video installation Ein Bild von einem Bild machen (Making a Picture of a Picture). This portrait of collector Peter Ludwig bears all the hallmarks of the thoughtful, poetic artist who is renowned for his exploration of personal identity and history. Also on view is his Nach einer stürmischen Nacht (After a Stormy Night), a collage constructed of hundreds of dyed scraps of archive material.

Thomas Zitzwitz’s atmospheric and often large-scale spray paintings teeter on an edge between illusionism and self-referentiality, to invite the spectator’s urge to push surface into space, to summon an entire world in which the senses and the mind activate, and, then, in a return, move into material and dissipate.

If art-making à la Wie bin ich nicht unglücklich is a knowing laugh that comes from accepting, evading, surviving, defying reality, it might never be better timed than to a moment when the world faces a new fate.